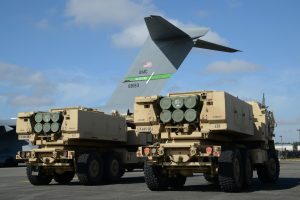 “If you live in South Puget Sound, you live in the vicinity of JBLM, a 90,000-acre Army and Air Force joint military installation established in 1917. You may periodically hear noise from routine aircraft and helicopter flights and artillery training. Training generally occurs weekdays, during day and nighttime hours. Weekend training occurs as required” (U.S. Army 2019).

For those who have not lived in the area surrounding Joint Base Lewis-McChord (JBLM) training areas it is difficult to describe the persistent sound of the firing, much like it is describing the rain of western Washington. Sometimes it is a light drizzle and fades into the background as a part of the general atmosphere. Other times it is a “downpour” of noise that can shake your house suddenly and without warning. In February 2001 an earthquake hit the Nisqually area, and I remember when it started. Everybody in my class was convinced that Fort Lewis was firing and shaking the ground. It was not until the shaking grew and stayed in a continuous motion that anyone reacted appropriately.

In August 2010 there was a similar situation where a pilot flew a seaplane into restricted airspace around Air Force One. Two fighter jets were sent to pursue the aircraft, and they created a sonic boom loud enough to shake our homes, rattle our windows, and give us momentary pause and concern. I remember thinking to myself that, it finally happened, the base misfired onto civilian property somewhere close. When it became this was not the case I went to check in on a friend but we had both been convinced that it was the base, not because we were scared of the firing but because we had become so accustomed to that being the norm that it was the most logical scenario in both of these cases. Even these scenarios do not take into consideration that JBLM noise pollution could be far worse.

According to a survey of more than 1,500 residents of Pierce and Thurston counties sponsored by the South Sound Military and Communities Partnership, 23% of people cited noise as the biggest drawback to living near JBLM, yet 77% still said that the base has a positive impact on the South Sound’s economy (Ashton 2015). While many people dislike the noise there is an overwhelming number who feel that the base has a positive impact on the local economy. Certainly there are many secondary jobs created, from civilian contracts and businesses that soldiers attract to the local area. The purpose of this survey was to try and make sure that there continued to be a smooth relationship between JBLM and the neighboring civilian communities, Pierce County Councilman Doug Richardson stated as much saying, “We need to do everything we can to make sure this installation stays viable” (Ashton 2015).

Still, there are many cases in which noise is louder than the usual equipment sounds or low-flying aircraft. Such was the case in 2015 over Thurston County when there were low-flying aircraft as part of a rehearsal of the 75th Ranger Regiment. The Olympian reported that the objections were due to the nature of the late-night mission between 11 pm and 3 am. Having grown up on the base within hearing distance of the Gray Army Airfield, I had grown quite accustomed to the sound of these large aircraft and helicopters, sometimes being able to witness myself the airborne soldiers doing parachuting drills—from my elementary school playground. Having this noise happen at night was not a common occurrence, but it was not completely unusual in my experience.

However, my area was considered as having a moderate risk of complaints, according to the Fort Lewis Directorate of Public Works (2010), with a high risk (greater than 130 decibels of noise) extending into the territory of the Nisqually Indian Reservation as well as into the City of Roy. This means for every noise complaint that is made by Pierce and Thurston county residents, the worst of the noise is happening to those in Roy and Nisqually who are closest to the impact areas of the weapons training. A Joint Use Land Study conducted in 2015 also showed the zones through which sound from the base is heard and felt in a more physical scale (South Sound Military & Communities Partnership 2015).

“Roy and the Nisqually Indian Tribe have a history of co-existing with JBLM and working to reduce the risk of nuisance complaints. The same is true of Yelm, DuPont, and Thurston County. There is a need for ongoing collaboration between the jurisdictions and JBLM to prevent noise complaints as growth occurs in the region in the coming years” (South Sound Military & Communities Partnership 2015). The map above offers context as to where the louder weaponry gets used, with Roy and the Nisqually Tribe being the closest to those larger pieces of training equipment. However, the map does not include the proposed weapons system known as HIMARS.

The High Mobility Artillery Rocket System (HIMARS) is a weaponized vehicle designed to transport rockets from one location to another and fire them, without relying on a more costly process and enabling projection of stronger military force in more remote regions. These systems have a system of rockets that shoot from the vehicle itself. The system is currently being tested in the Yakima Training Center by soldiers from JBLM. In 2017 the Army performed some of these tests on JBLM as a way of continuing this act of cutting costs as well as making use of the web systems of the Air Force to more accurately use the weaponry without losing GPS signalling (Kohrs 2017).

“HIMARS is intended to engage and defeat artillery, air defense concentrations, trucks, and light armor and personnel carriers, as well as support troop and supply concentrations. The system launches its weapons and moves away from the area at high speed before enemy forces locate the launch site” (Army Technology 2019). These weapons were developed by Lockheed Martin Missiles starting in 1996. To date the company has delivered 500 HIMARS, not just to the U.S. but also to its international customers such as Romania and Qatar. Its most recent contract with the U.S. Army was for $289 million in exchange for 24 launchers, bringing each unit to a cost of over $10 million per unit (Army Technology 2019).

When HIMARS was introduced to JBLM, it created an abnormally large noise problem, affecting most those high-risk areas around the city of Roy and the Nisqually Tribe. When residents spoke up against the noise, JBLM simply continued with the operations while monitoring the noise levels. If the decibels did not reach the point that they could cause harm to human beings, the Army had no reason to stop the testing on JBLM (Lynn 2017).

Still, human beings were not the only concern in the dispute, but also fragile fish and bird eggs. Nisqually Tribal Chair Farron McCloud explained in The Olympian, “Unseen negative effects of the HIMARS explosions might include harm to our salmon spawned during testing. We don’t know — and JBLM doesn’t either. It’s one of the many things that no one knows about when it comes to the effects on our fish and wildlife. Additionally, the number of firings would be many more during a training exercise” (McCloud 2019).

JBLM finally agreed to suspend the training of HIMARS on JBLM, with Col. Daniel S. Morgan saying, “we have other emerging priorities that we must put our efforts and resources toward at this time” (Pemberton 2017). Chairman McCloud replied, “We look forward to working to continue strengthening our relationship with our neighbor as we always have” (Pemberton 2017). While this situation did create quite a bit of noise both literally and figuratively, a quick and healthy resolution to this noise was found. Still, the military base operations continue to pollute the Nisqually Tribe with noise along with the other surrounding cities, just not to the same extent that the HIMARS presented.

Ultimately the decision was made to keep HIMARS out of JBLM and instead continue to use the Yakima Training Center for HIMARS training. The ongoing training at JBLM still provides a large amount of noise and it seems that sometimes the Army has a hard time hearing their surrounding communities over the artillery fire. The Army did eventually listen to the HIMARS objections, and hopefully this is a trend that continues with less resistance from the Army. With any hope, any future incidents will create a stronger unity and inspire the coming together of all of JBLM’s neighboring communities in an effort to assert their collective need for serenity in the South Sound.

In fall 2021, the Army deployed previously secret systems for its new Dark Eagle hypersonic missiles at JBLM. These are the new generation of long-range missiles that travel at five times the speed of sound, impossible to defend against, and intended for use against “near peer” adversaries such as China. According to The Drive, “The U.S. Army is moving closer toward fielding its first Dark Eagle hypersonic missiles, also known as the Long Range Hypersonic Weapon, with the recent delivery of prototype trailer-mounted launchers, as well as other key components of the complete weapon system. In doing so, the Army has also confirmed that Joint Base Lewis-McChord in Washington State is the home of the first unit intended to be equipped with these weapons, something the service has been very tight-lipped about in the past….

Joint Base Lewis-McChord’s public affairs office posted a series of pictures online…showing the arrival of the launchers…to the 5th Battalion, 3rd Field Artillery Regiment. Though no actual missiles have been delivered to the unit, so far, the launchers and other equipment will allow soldiers to familiarize themselves with various aspects of the LRHW and the general operation of the weapon system…..

The Army meanwhile plans to complete the fielding of a first operational battery, including live missile rounds, in Fiscal Year 2023. While the Army has previously fielded ballistic missiles capable of hitting hypersonic speeds — generally classed as anything over Mach 5 — the LRHW, once in service, will be the service’s first purpose-built hypersonic weapon” (Newdick).

McCloud, Farron. (2017). HIMARS does not belong in our community. The Olympian.

Newdick, Thomas. (2021, October 6). The Army Just Got Its Hands On Its First “Dark Eagle” Hypersonic Missile Launchers. The Drive.