For my project I decided to map Joint Base Lewis-McChord (JBLM), one of the largest military bases in the continental United States, and the largest on the West Coast.  JBLM proper is 86,000 acres and the Yakima Training Center (an extension of JBLM) is 324,000 acres (Wikipedia).

JBLM is one of the major bases involved in projecting power into the Indo-Pacific region and has played a crucial role in the “Pivot to the Pacific” (Ashton 2015). Many maps exist of the base, all offering different perspectives of the place. I wanted to create a map which focuses on sites of harm within the base. These sites of harm extend beyond the borders of JBLM, affecting surrounding communities and communities around the globe which are impacted by U.S. imperialism. Some of these harms include environmental harms, harms to health, psychological harm, judicial harm, and social harms.

We in the Olympia-Tacoma area are living on stolen, occupied land of the Medicine Creek Treaty Tribes. When thinking about U.S. imperialism we must remember the history of colonization and attempted genocide of the Indigenous peoples of this land — the first acts of imperialism undertaken by a fledgling empire. All across the globe, the United States military is controlling indigenous lands in order to maintain U.S. dominance and hegemony in the geopolitical sphere.

During our January 2019 field trip to JBLM, we made a stop on the west bank of the Nisqually River, in Thurston County within the Nisqually Reservation. Just across the river we could see part of the reservation which was illegally condemned by Pierce County and seized by the Army  for a the creation of a base in Winter 1917 (Wilkinson 2000). (See Nisqually and Fort Lewis).  Sounds of the river and the wildlife were heard over a cacophony of gunshots from a training underway across the river. Many of us felt startled by the violent noises. For the Nisqually people, the sounds of gunshots and explosions have become a near-constant presence in their lives due to the base’s proximity to the reservation.

The impact and artillery areas are where the different JBLM combat units train and practice war games before deployment. In these areas, soldiers conduct live munitions trainings, detonations, and train with armored fighting vehicles such as Strykers. These drills create pollution, leaching toxins which contaminate the groundwater, surrounding areas and generate noise pollution which can be heard in neighboring communities such as the Nisqually Reservation. The North Impact Area, which the public can see on the road from DuPont to Steilacoom, is a rifle training range.

The “Artillery Impact Area” is located on the Nisqually Prairie, which is one of the largest remaining native prairies in the South Puget Sound area. This prairie is home to several federally listed species including the Mazama pocket gopher,  the streak horned lark,  Taylor’s checkerspot butterfly, western bluebirds, and salmon and Puget Sound steelhead (JBLM Fish and Wildlife). It also home to more then two-thirds of the stolen Nisqually Reservation.

Leschi Town is located between the Control Impact Area and the Artillery Impact Area. Utilized for Modern Operations on Urban Terrain (MOUT) training, it is an intricately designed fake town. (See Training and Testing). It is complete with residential areas, a bank, a church, a hospital, farms, a gas station, a hotel,  a town hall, police and fire stations, and schools (Lewis Military Installation Map 2008). A FOIA request revealed that the Olympia Police Department also trains at Leschi Town which is consistent with the present militarization of police in the United States. Since the early 2000s the police have been militarizing in the United States, adopting military models of training as well as receiving billions of dollars worth of hand-me-down equipment from the military (Hetherington 2018). 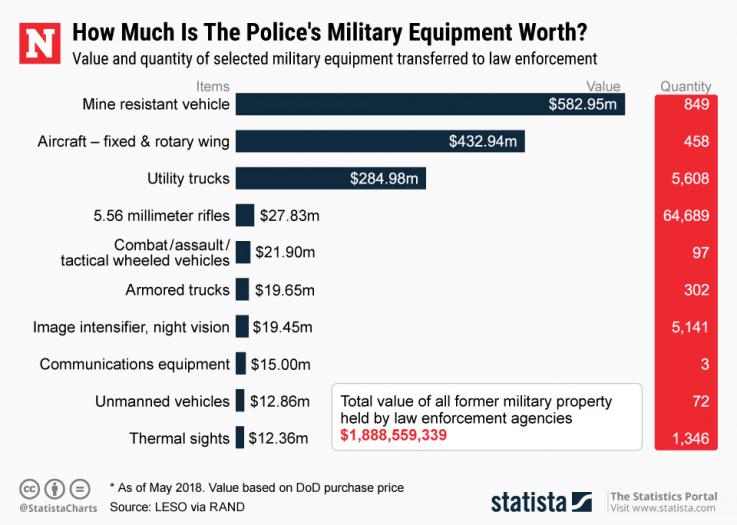 The Cantonment is the most populated and developed part of JBLM, and is divided into three areas: Lewis North, Lewis Main, and Logistics Center. It includes garrisons, housing, commercial centers, as well the headquarters and centers of operations for the different tenants as JBLM, including I Corps.

I Corps is composed of many different brigades with troops approaching 50,000 and has joined forces with the U.S. Indo-Pacific Command (USINDOPACOM) to continue to physically and economically dominate the USINDOPACOM “Area of Responsibility”, which encompasses roughly half of the globe (Adler and Brown 2015).

Madigan Army Medical Center is located between Lewis Main and the Logistics Center. In 2007 more than 40% of patients being treated for PTSD at Madigan had their diagnoses overturned so that the military would not be financially responsible for their medical care. Many of these individuals were not honorably discharged, which means that they will not have access to health care benefits (Moisse 2012). (See Social Crises around JBLM).

The Northwest Joint Regional Corrections Facility (NWJRCF) is also located in the Cantonment area, and is commonly called the “brig” or the “stockade.” It is a medium-security military prison with a 219 person capacity. According to inmateroster.org, “It is used to house prisoners who pose significant threat to national security. Prisoners of war, and unlawful combatants are usually sent to this jail for serving their sentences.” I tried calling the prison several times to ask how many people are currently incarcerated there, but they never answered the phone.

Another important site within JBLM is the Superfund site located at the Logistics Center. According to the U.S. Environmental Protections Agency (EPA), “Site operations include maintaining aircraft and vehicles, repairing and refurbishing weapons and neutralizing caustic paint stripping waste and battery acids. These site activities have contaminated groundwater, soil, sludge and surface water with hazardous chemicals.”

The list of contaminants was lengthy, showing 70 different points of contamination of chemicals in the soil, surface waters and groundwater, such as arsenic, chloroform, mercury, lead, trichloroethane, cadmium, and barium. All of these chemicals can have intense and long-lasting health effects on the human body, including several different types of cancers. Based on the Fort Lewis Installations Map, I located two other areas within the base which were labeled in the same way as hazardous and restricted zones, but I chose not to include them on my map because I could not find any further information about them. It is also worth noting that during our visit at JBLM near the Artillery Impact Area and Muck Creek, there were hazard signs indicating possible radioactive contamination in the area caused by the testing of Davy Crockett Spotter Rounds. (See Training and Testing). The United States military is the world’s greatest polluter and most military bases are riddled with toxins which affect neighboring communities, the environment, and vital resources such as air and drinking water (Webb 2017). The following list details contaminants identified by the EPA in the Superfund site.

McChord Field is where the majority of the Air Force operations take place within the base. The Western Air Defense Sector is housed at McChord Field. The Western Air Defense Sector is a “bi-national organization exercises operational control of ANG [Air National Guard] fighter aircraft, primarily F-15 Eagles and F-16 Fighting Falcons, on continuous alert and uses radar data and the radio capabilities of Joint Surveillance System sites located throughout the western United States. The Sector also uses radar data from tethered aerostats and gap filler radars to improve its low level coverage of the southwestern border,” (Western Air

The Clear Creek Hatchery is a tribal fish hatchery located within the JBLM-occupied Nisqually Reservation, nestled between the east bank of the Nisqually River and the “Artillery Impact Area.” This area is important territory which the Nisqually stewarded long before the condemnation and unlawful seizure in 1917.  The hatchery plays a key role in the Nisqually salmon recovery program, and is also a reclamation of tribal space. Military personnel do not have access to the hatchery, and the Nisqually are able to access some of their sacred sites and continue stewardship over salmon fishing, which has been long suffering due to  hydroelectric dam projects. Because of the damaging role that these projects have had on the salmon as well as violations of treaty fishing rights, the Nisqually people were able to sue the Federal Energy Regulatory Commission and now the City of Tacoma helps to fund the operations at the Clear Creek Hatchery, which opened in 1991 (Wilkinson 2000). The hatchery is a way for the Nisqually tribal members to reaccess their confiscated lands, and to work towards healing from the harm of historic traumas inflicted upon them. It is also a way for them to work towards healing the land from some of the environmental harm which has been caused by colonization, development, treaty violations, and the military occupation of their reservation lands. (See Nisqually and Fort Lewis).

Hetherington, James. (2018, May 31). Militarization of Police: U.S. Law Enforcement has $1.9 Billion of Army Equipment at its Disposal. Newsweek.