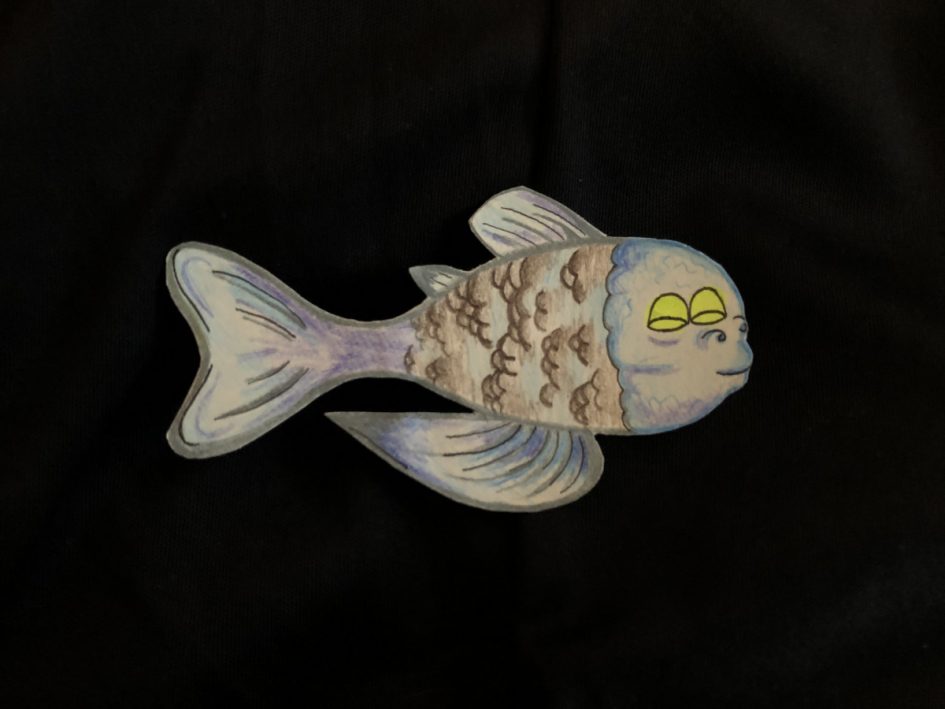 Illustration of an average Barreleye

Macropinna microstoma, also known as the barreleye fish, is a fascinating deep sea fish that is found mostly off the coast of California and the North Pacific. Measuring at about six inches long when fully grown, these small creatures are named after the tubular shape of their extremely sensitive eyes- eyes that are completely unique to their species. Barreleyes are the only known vertebrates to have mirrors in their eyeballs, which they use to focus even more closely on their surroundings. They additionally have a second set of olfactory organs above their mouth that are often mistaken for their eyes, but are actually just nostrils.

Barreleyes have evolved to have completely clear heads full of transparent fluid which their eyeballs perch inside of. This clear globular head allows them to pick up as much light as possible in extreme depths, encouraging light to hit their eyes at all possible angles. They live in almost complete darkness in the deep sea, so this is integral to their vision. Until fairly recently it was believed that their eyes were fixed in one position in their skulls, which would’ve meant they have a very narrow field of vision and it would have been impossible for barreleyes to see whatever was directly in front of them, making it rather difficult to hunt prey or move around in general. It also took many years before scientists knew about the barreleye’s clear head, as previously any captured were transferred to the surface too quickly and their dainty clear heads full of liquid would be crushed by the change in pressure and rough nets used in the capturing process. However, in 2009 one was finally captured safely and scientists managed to keep the barreleye alive in an onboard aquarium long enough to confirm their suspicions that the barreleye is actually capable of rotating its eyes inside its head to look up or in front of it.

This broad range of eye movement is very helpful for hunting and finding food. Most of the time barreleyes float motionlessly in the ocean in a horizontal position, buoyed by their broad flat fins. They keep their eyes trained above them and wait for something to wander across their field of vision. While staring straight upwards, their large glowing eyes help filter out miscellaneous light coming from the ocean above them so they can better see their mostly-bioluminescent prey. When prey or possible food scraps are spotted, they swivel their bodies vertically to follow their eyes upwards and carefully dart for their food. Barreleyes also have surprisingly strong digestive systems and commonly share their habitats with many different varieties of jellyfish, using the scraps that get trapped in the jellies’ tentacles as their main source of food. When these jellyfish get small organisms and other edible bits stuck in their tentacles, barreleyes cautiously pick it out of their tendrils while the transparent shield around their eyeballs protects its vision from stings and its small mouth allows for very precise bites.

Being a barreleye fish must be fascinating. It is as close to being an astronaut as I can imagine- hanging suspended in darkness, watching the sky constantly. They live in almost complete blackout conditions, deep in the sea where almost no light reaches. They stare upwards at this darkness almost unceasingly, their field of vision only broken by other bioluminescent creatures. They’re able to focus their eyes on these other creatures, seeing even the small ones from afar, and are able to see in the dark far better than humans. Barreleyes are not very social and only interact with each other to mate, so it seems like a rather lonely existence, but I don’t think they mind.