The fast food industry is no stranger to deforestation. Today companies are competing to provide the best beef products in the world, by slaughtering thousands of cattle. Brazil has been the world’s largest exporter of beef; its export value of beef has increased from $1.9 million to $1.9 billion. In addition, it is expected by 2018 that the beef exports will increase 93 percent. Burger King and other corporations were importing rainforest beef, which led to Amazon deforestation to clear enough space to raise enough cattle for low-cost hamburgers. The cause of Burger King’s Amazon deforestation led John Seed and the Earth First! (EF!) to start a movement in 1984. The Rainforest Action Network (RAN) initiated a national boycott of rainforest beef, starting with a focus on Burger King. It first pressured the World Bank to stop funding projects that contributed to deforestation. Greenpeace also led to reduce tropical work imports to the U.S. and to end the importation of rainforest beef, in a campaign led by RAN and its allies. By the end of May 1986, the company’s sales had declined by 11% due to the boycott. In addition, the company announced it would use only U.S. domestic cattle, cancelling a $35 million contract with Costa Rica beef suppliers; which sold 60% of its beef to Burger King.

Deforestation causes climate change, animal extinction, and destroys the homelands of Indigenous peoples. Scientist are concerned that if more rainforest is cleared, there will be less rainfall in the rainforest, combined with climate  change, which could worsen a drought in the rainforest. In addition, deforestation itself is causing so much climate change that every time trees are being knocked down it releases CO2 into the air.  Trees are releasing so much CO2 into the air that “Deforestation is an important factor in global climate change. Climate change is because of a buildup of carbon dioxide in out atmosphere and if we carry on cutting down the main tool we have to diminish this CO2 build up, we can expect the climate of our planet to change dramatically over the next decades” (NWS)

Deforestation is mainly happening in the Amazon of Brazil. Deforestation started in the late 1960s when Brazil began cutting down and burning the forest at an alarming rate. Also, it was invading the homelands of Indigenous people of the Amazon. Krentoma was a leader of the Panara people, which was one of the 238 indigenous peoples in central Brazil. He and his people lived in one of the most remote parts of the Amazon, hidden from the outside world. In 1968, the government in Brazil ran a road through the middle of their territory. Once the government ran through their territory the Panara people said that “everyone died.” A disease had killed at least two-thirds of the population in a few years, and the 79 survivors were located to a park reserved for them that was located a few hundred kilometers away. Not only is deforestation killing trees, plants, animals, but it is also killing human beings as well.

BBC News reporting a new study that deforestation is currently costing the world $2-5 trillion per year. It is costing us more than the current financial crisis. “It’s not only greater but it’s also continuous, it’s been happening every year, year after year.  So, whereas Wall Street by various calculations must date lost, within the financial sector, $1-$1.5 trillion, the reality is that at today’s rate we are losing natural capital at least between $2-$5 trillion every year” (Schmidt). To put the annual cost of deforestation in perspective, the world currently provides $104 billion in aid to developing countries to get out of poverty and meet basic development goals. The problem to that situation is that many of the services that the world is trying to meet with these aids are being lost through forest destruction. 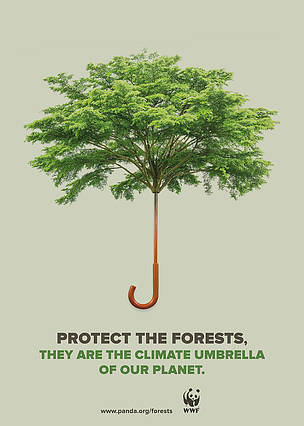 To prevent deforestation from happening, the world’s governments need to collectively introduce “zero deforestation.” That means holding the suppliers accountable for producing commodities such as timber, beef, soy, palm oil, and paper that do not fuel deforestation, and have a minimal impact on our climate. Also, we need to maximize our recycling when it comes wood pulp, paper and fiber. Not only people should recycle more, but companies should set ambitious targets to maximize the use of recycling. Indigenous people are another main source of preventing deforestation, an evidence shows that when Indigenous peoples’ rights to traditional lands and self-determination are respected, the forest is protected. Another way to reduce deforestation is to start cracking down on corruption and ensuring fair enforcement of forest conservation rules.  Corruption fuels illegal logging and unsustainable forest management, which in turn can fuel organized crime or armed conflict.

Since 1988, researchers have come up with high-resolution and low-resolution maps of the forest so it makes it easier to spot fresh opening in the forest. The Brazilian Institute of Environment and Renewable Natural Resources (IBAMA) started raids in southwest Para, which is a main state affected by deforestation. It was on a search of fresh clearings seen on satellite, and one day IBAMA invaded the landowner’s home and confiscated guns and chainsaws, but unfortunately they did not find the suspicious spot. IBAMA agents later found a suspicious road that led them to a field of felled trees. On the other said of the road was an encampment, complete with a large tarp covering an A-frame, cammocks and a propane stove. The IBAMA team burned the camp to the ground, and put an end to that operation.

One of IBAMA’s encounters occurred in August 2015 when it cracked down on a crime syndicate in Para, which lead to 22 people being arrested. That  bust linked IBAMA to the arrest of the largest deforester of the Amazon: Ezequiel Castanha, a businessman in Novo Progresso who headed the syndicate and hid from the police for months. Due to the arrest of Ezequiel, official say that deforestation in the region has dropped by 65% since then. Slowly but surely, we are figuring out strategies to stop deforestation and bust the head leaders who destroy off the forest.

From just one cow, McDonalds can get 2024 burgers. “247 billion divided by 2,024 = a total of 122 million cows slaughtered so far! Since the last 5 years, McDonald’s boasts of serving over 5 billion burgers per year. That makes 25 million cows per year! Or 67,680 cows per day!!” (Krishna, 1). U.S. Federal Reserve Chairman Ben Bernanke has stated that people’s diets are becoming more sophisticated and are eating more beef and less grain. Due to the demand of more food and energy rise, that is the primary long-term factor affecting the real price of food commodities.

Possibilities in the near future

The amount of meat that the people around the world consume at an average is about 75 pounds per person, per year. That includes pork, beef, poultry, and sheep meat. If all the consumption was beef, then that would be approximately 300 quarter-pounders each year for everyone on Earth. It is understandable that beef is the world’s favorite meat, but there are also others who do not eat more than a few dozen burgers a year.

According to experts, we need to stop burning fossil fuels. It is causing the atmosphere to heat up, and creating trouble for all corners of the natural world, from the Rocky Mountains, to the oceans where coral reefs are being decimated and the warmer water becomes more acidic. Another thing we can do to stop species extinction is protect the earth’s land and oceans. “The trouble: We’re not protecting nearly enough, according to experts. Currently, only 15% of land and 4% of the world’s oceans are protected from encroachment by humans, mostly in the form of farms.” (Sutter, 1) As a matter of fact, people are already using up nearly 40% of the world’s land for farms and raising livestock, much of it to grow feed for cattle. Eating less meat or going vegetarian uses less land, it is also better for the climate.

Fighting illegal wildlife trafficking is one of the main sources of stopping species extinction. The elephant and rhino are threatened with extinction, due to hunters slaughtering these iconic species to sell their body parts on the black market. The black market is estimated to be work $91 billion to $258 billion per year, in the black-market elephant ivory is carved into trinket, rhino horn is mistakenly sold as an aphrodisiac. In addition, the black-market sells giraffe tails for bracelets and tiger bone to use as medicine. To stop the black-market, the law enforcement needs better equipment and the right technology to stop poaching. If we succeed in stopping poaching, there will be a less chance of elephants and rhinos reaching towards extinction.

The economics of fast food cattle

Beef exports have become important to the U.S. industry only in the relatively recent past. “International beef markets have frequently proven to be unpredictable for U.S. beef exporters due to differences of opinion with trading partners about the safety of certain production practices and animal disease” (Bailey, 2). For example, the U.S. lost the European Union export market over disagreements about hormone-treated beef and the more recent loss of the East Asia market resulted a few U.S. cases of bovine spongiform encephalopathy, or in other words “mad-cow disease.”

There are numerous research studies reporting that Europeans prefer non-hormone treated beef, with the political support for the hormone ban exists in the EU. The concluding result of this fragmentation is that U.S. beef producers are unable to export directly to a huge and growing market for beef. Another example of a trade-related issue with the U.S. beef industry had gone through difficulties developing and implanting the National Animal Identification System (NAIS). Cattle producers continuously based their opposition to the NAIS on the issue of confidentiality and potential liability.

Bailey, DeeVon. (n.d.). Political Economy of the U.S. Cattle and Beef Industry: Innovation Adoption and Implications for the Future. Journal of Agricultural and Resource Economics.

Calen, May Tobin. (2014, May 21). Palm Oil, Deforestation, and the Fast Food Industry: would you like a side of forest with that? Union of Concerned Scientists.

What is Deforestation? (n.d.)