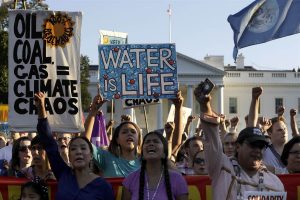 In Fall 2016 and Winter 2017, students at The Evergreen State College in Olympia, Washington, studied “Commodities, Conflict, and Cooperation,” with professors Savvina Chowdhury (Feminist Political Economy), Zoltán Grossman (Geography/Native Studies), and Sarah Williams (Feminist Theory / Consciousness Studies). The interdisciplinary program examined how the capitalist drive to extract commodities stokes divisions among communities, and deepens their differences and conflicts, but also how those communities can and have come together to defend common ground. The process of commodification turns goods (crops, minerals, energy, water, information, bodies, etc.) into resources to be exploited for profit. 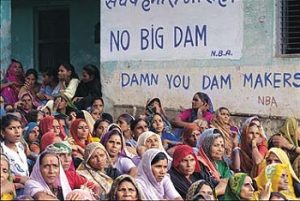 The program reviewed North American case studies where the quest to control commodities has contributed to ethnic, racial, or religious conflicts—such as the origins of racial slavery and the white race on early colonial tobacco and cotton plantations, treaty rights struggles of Indigenous nations over access to fish and water, and the use of migrant labor from Latin America in fruit fields and orchards. We drew parallels between domestic and overseas “resource wars”—such as the ethnic/sectarian conflicts that divide the oil-rich Middle East, the forested and dammed tribal territories of South Asia, and the heartland of corn in Mexico. 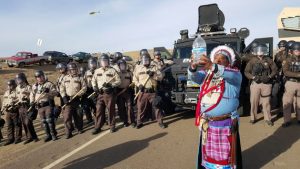 This class website project (in the second quarter of the two-quarter class) focused on the role of commodities in social change, with each student drawing from a case study of resistance and/or resilience, grouped thematically in these categories:

The opinions expressed on this website are those of the students and/or their research sources, not of other students or faculty in the program, or of The Evergreen State College. For feedback or questions, please contact the winter-quarter program faculty Savvina Chowdhury and Zoltán Grossman.