Another of the Brugmansia genus, it contains all the same alkaloids, the only difference being the flower color.

In the suburban communities of Los Angeles, growing in neighborhood gardens you might see pendulous trumpet shaped golden(or white-pink) flowers hanging triumphantly from  handsome green shrubs along the sunny boulevards and walkways. From Southern California to Argentina, Brugmansia suaveolens grows in abundance. However this angel’s trumpet is not so heavenly.

B. suaveolens is a garden variety perennial woody plant naturalized to the southern United States, Puerto Rico and some islands in the Pacific Ocean. It typically occurs in lowland rainforests, disturbed habitats, riverbanks and urban open spaces (BioNet). It is a popular garden plant and is grown for its large trumpet shaped flowers which range in color from white, to pink, to pale yellow.

Occurring in the Solanaceae family, it is a relative of the sinister deadly Nightshade and also closely related to common food plants like eggplant, tomatoes, and potatoes. B. suaveolens  takes after its poisonous cousin Belladonna and produces similar effects when introduced to the anatomy. In the early 21st century there was a rash of poisonings of teenagers in the Southern portion of the U.S by Brugmansia (Poison). Upon being ingestion of any part of the plant, people have reported experiencing muscle weakness, dry-mouth, and dilated pupils, followed by nausea, and if taken in high enough dosage this gives way to hallucinations, paralysis, and death. Although it is prevalent in urban settings, young kids looking for a thrill have found out the hard way why you shouldn’t mess with Brugmansia.

For centuries Brugmansia suaveolens species have been used both medicinally and ritualistically by native people throughout South America. Curanderos (shamans) of tribes would ingest the plant with San Pedro cactus to increase the strength of psychic visions.(insert citation here) Under the plants influence people could communicate with their ancestors, see the future, and cure supernatural illness (Biopark). Despite its more dangerous and despicable qualities it has angelic benevolence and in medicine it is used to treat spasms, rheumatic, arthritic pains, and sedate patients. Its noteworthy active chemical compounds are a powerful cocktail of tropane alkaloids such as scopolamine (hyoscine), hyoscyamine, and atropine. Alkaloid formation begins in the roots, but the plant is toxic in all parts, with the strongest concentrations in the seeds during fruiting, and leaves and flowers during bloom. One of its most interesting uses is studying a scopolamine extract from the flower to induce alzheimer’s type dementia in rats for experimentation. 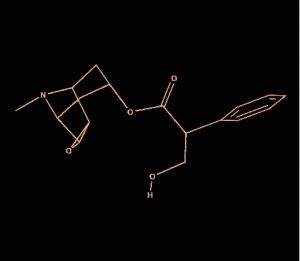 Tropane alkaloids inhibit neurotransmission and can affect the automatic nervous system. (Muccillo-Baisch, 2010) When ingested they stimulate the central nervous system causing hallucinations and delirium, followed by stupor and coma. Applied externally and locally they cause acute paralysis of sensor nerves and can ease pain in this manner.

Scopolamine is the most abundant tropane alkaloid in this species and seems to be a response to damage by herbivory like a lot of secondary metabolites are. These defense compounds not only make this plant less than palatable and a dangerous hallucinogen; it makes it a great home for  ithomiine butterflies, Placidula euryanassa. These butterflies use Brugmansia as a source of larval food.  Much like the Monarch butterflies relationship with milkweed, P. eurynassa become toxic after ingesting the plant through a process called bio-accumulation wherein they sequester scopolamine present in the plant tissues from feeding. (Freitas,Trigo,1996) 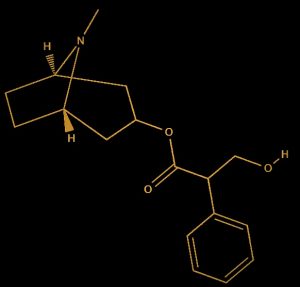 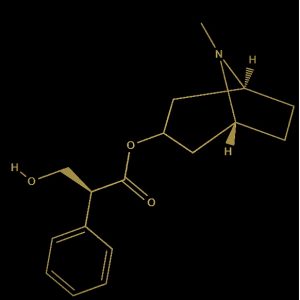 Brugmansia suaveolens is a multi-use, multi faceted ethnobotanical, with a rich history, and modern usage. It can be used to heal or harm those that brave it’s effects.  It isn’t a good first time drug for bored teens, that’s for sure. 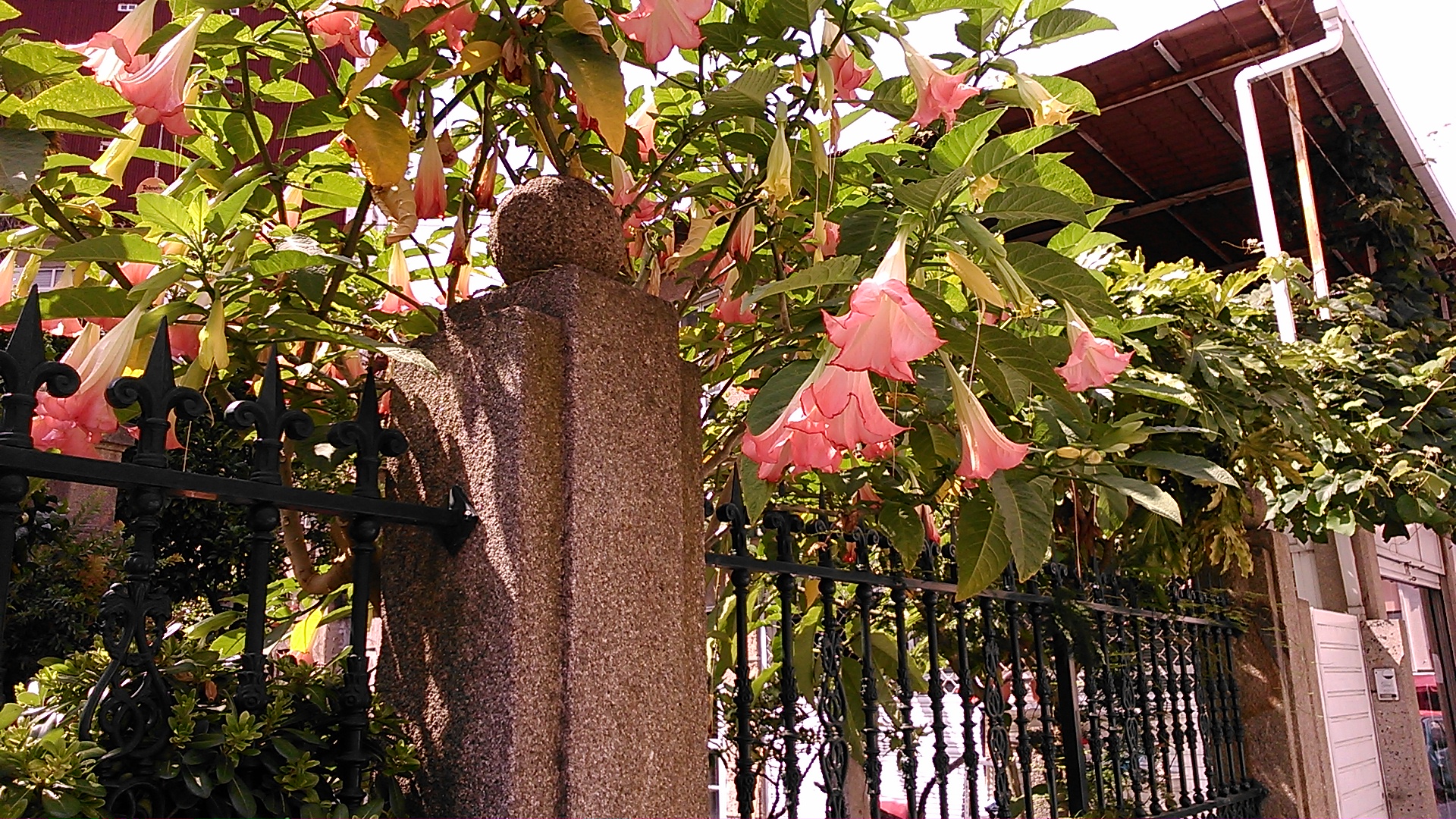 Bennett BC. Hallucinogenic Plants of the Shuar and Related Indigenous Groups in Amazonian Ecuador and Peru. Brittonia. 1992;44(4):483.

I am a mermaid botanist wizard shaman