How can I help connect people with their higher selves through meditation, yoga, and/or any kind of spiritual practice? 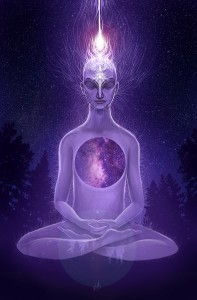 I envision a peaceful world where people are happy, healthy, and and in harmony with themselves and others. I believe that human consciousness can be restored to a more positive, loving vibration by connecting us to our higher selves, and higher ways of being. We are already masters of our universe, we already have the full potential to be great people and live in peace, but  most of us get caught in some of the many negative and destructive forces in our environment around us. There is many healing paths to take that will significantly benefit ourselves and the greater good of our universe, but I believe some paths are more powerful and easier to access than others. In my life, I have experimented with some of these spiritual pathways, (paganism, wicca, buddhism, taoism, hinduism, vipassana, TM and various yogic techniques and styles) and found them all profound in different lights. But, one aspect that all of these practices shared was an emphasis on meditation. I believe a meditation practice  is key to improving one’s way of living, and is key to enlightening the masses.  This practice can occur in endless shapes and forms, and the type of meditation I am referring to is non-religious. Here is an example of a well-thought out description of meditation that I am referring to.

“As for modern developments, in trying to formulate a definition of meditation, a useful rule of
thumb is to consider all meditative techniques to be culturally embedded. This means that any
specific technique cannot be understood unless it is considered in the context of some particular
spiritual tradition, situated in a specific historical time period, or codified in a specific text
according to the philosophy of some particular individual.” (Taylor, 1)

When asked the question, “In a world of so much stuff, what idea is worth making?” I realized that when you make something, you are really spreading it out beyond yourself, and out into the world. When ideas become material, it is immediately easier for people to access and share. I want to spread and share my passion for meditation and yoga, and help people create a space in their homes where they can feel connected to their higher selves and practice their meditation.  Thus, I want to make a geodesic shrine. 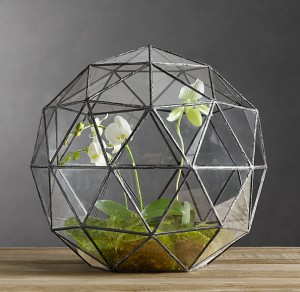 The concept of shrine is embedded in many religious and non-religious communities globally. Shrines are ancient spaces of worship, prayer, and self-discipline, that are in temples, monasteries, and homes of people. Shrines symbolize the higher self, Gods or Goddesses, and connect people with something that is important to them and their community. In the eastern world, shrines are still heavily a part of people homes and culture. In Thailand, people build spirit houses in their homes, businesses, and even parks and sites, where they place food and water in respect for the spirits that live there before and now, and for the Buddha. In the Mongolia section of the Material World, the most valued possessions were the “TV (Father), Statue of Buddha inherited from grandfather (Mother).” (Menzel, 45). In the India section of the Material World, the most valued possessions were the, “Print of Hindu gods seen in Big Picture (Father), Sculptures of gods and goddesses of power and strength, who will protect family and home.” (Menzel, 71). In the Bhutan section of the Material World, the most valued possessions were, “Religious book (Father, Mother, 1st daughter)” (Menzel, 78) These are just mere insights into how important these shrine spaces are, and how strong these spaces are in culture. I find it interesting how in the West we have somewhat lost creating these spaces within our homes, and only seek these spaces in the form of churches, temples, or natural settings. Creating a sacred space within our homes, can also help create a sacred space within ourselves. 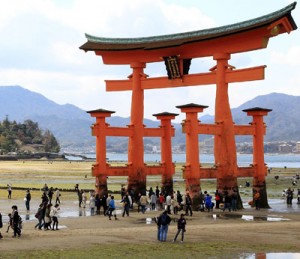 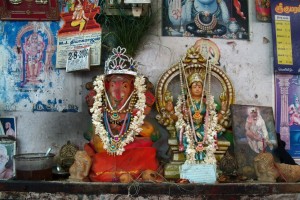 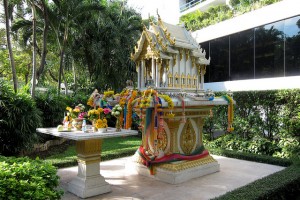 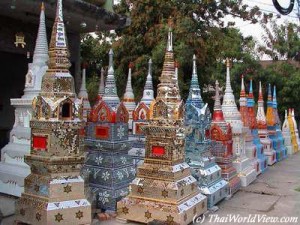 People in the West are becoming more and more interested in meditation, and scientists alike are interested in its effects. I stumbled upon an article that expands on the role and history of meditation in the West. “Meanwhile, the popular revolution in modern culture grounded in spirituality and consciousness is having a growing impact on traditional institutions such as medicine, religion, mental health, corporate management strategies, concepts of marriage, child rearing, and the family, and more.” (Taylor, 6) There are numerous studies on the benefits of meditation, and numerous meditators who spent their lives spreading this practice. Science is a useful tool to understand things, and it is amazing how we can “prove” experiences to be “real” in a scientific manner. Science is a language in itself that helps us communicate to the world. In the article is a summary of studies done on TM meditation and its effects:

” Studies then began to show effects when TM was applied to medical conditions such as asthma, angina, and high blood pressure. Personality variables became a focus of research. These included measures of intellectual problem-solving ability, thinking and recall, creativity, field independence, sense of self-esteem, and self-actualization. Researchers then moved into applied social situations, looking at the effects of teaching TM to the police, the military, and such populations as juvenile offenders, incarcerated adults, high school students, and athletes, as well as managers in the corporate environment. Meanwhile, more subtle biochemical measures of blood chemistry were also undertaken. These included endocrine levels, effects on neurotransmitters such as dopamine, noradrenaline, and serotonin, and the measurement of altered cell metabolism. TM was also examined in the context of various psychiatric disorders.” (Taylor, 10)

S.N. Goenka is one of the best modern day examples of a person who created meditation spaces and made it accessible. He created centers all over the world that teach a variety of Vipassana meditation courses. The centres are run completely volunteer based, and all of the courses are paid strictly by donation, after the course is complete. I attended one of his 10 day courses, and found it astonishing how many people were given access to this knowledge that would have not been to otherwise. “If we are to benefit from the truth, we have to experience it directly. Only then can we know that it is really true.”  (William, 15) He says that we must find our own truths and experience them to gain knowledge, and I want to help people create spaces where that is possible.

I want to create my own shrine that is a type of terrarium. I want the shell to be a 3d printed geodesic dome, because the sacred geometry behind the domes are striking, and they are one of the most environmentally sound structures. R. Buckminster Fuller was the strongest innovator of geodesic domes, and on his website he states, “The spherical structure of a dome is one of the most efficient interior atmospheres for human dwellings because air and energy are allowed to circulate without obstruction.” (Buckminster Fuller Institute).

In my shrine, I want there to be plants to represent the growing and nurturing of myself and the world, and I want to be able to tend my shrine and there to literally be life inside of it. Instead of Gods, Goddesses, symbols, words, or pictures, I want to bring the attention back to mother earth, and the life around us now. There are is an epidemic of urban gardens, and people wanting local food supplies and farms, and I feel in myself to bring the garden home. “Results suggest that community gardens were perceived by gardeners to provide numerous health benefits, including improved access to food, improved nutrition, increased physical activity and improved mental health.” (Growing Urban Health: Community Gardening in South-East Toronto)

Murphy, Michael, Steven Donovan, and Eugene Taylor. “The physical and psychological effects of meditation: A review of contemporary research.”Published by the Institute of Noetic Sciences (1997).