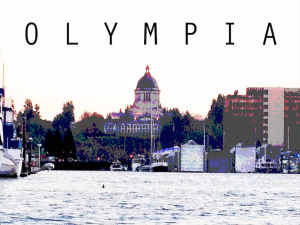 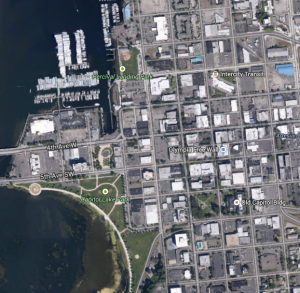 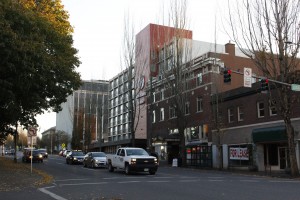 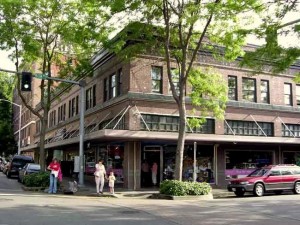 Street corner viewed from across an intersection (Susan Perish) 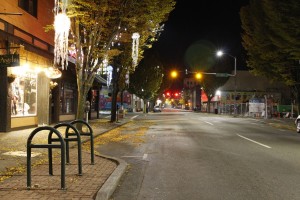 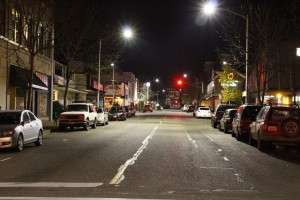 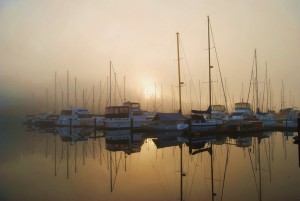 So many boats. So important to Olympia (Jim Nieland) 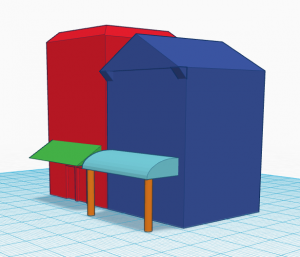 Screenshot of building development in tinkercad

How can someone experience Olympia even without being there?

Olympia is a beautiful city.  Unfortunately, it is nearly impossible to see that from an aerial view or a map.  To experience the beauty and to feel the vibes of the city it is important to be within it—to be able to view surroundings from many different angles.  Capturing Olympia’s essence in photography is a step in the right direction, but imagine viewing the city by means of a 3D physical model.  It would be like a miniature Olympia that you can hold in your hands or set up on your desk.

Digital representation can be great.  It can document and enhance scenes.  I think a digital version of this 3D rendering of Olympia would maybe be more practical.  It could be used as an app on a cell phone to be pulled up and used anytime.  Especially if the rendering is very realistic and can be moved around in all different angles, it would be just as useful as the physical version, most likely.  But I think that it is worth bringing this idea into physical existence because there’s something about being able to touch and move what you’re looking at.  I believe people would be more interested in viewing the model for a decent amount of time if it was a physically present model.  It wouldn’t necessarily be more useful, and definitely not more practical than the digital version, but I believe it would be more enjoyable and exciting.