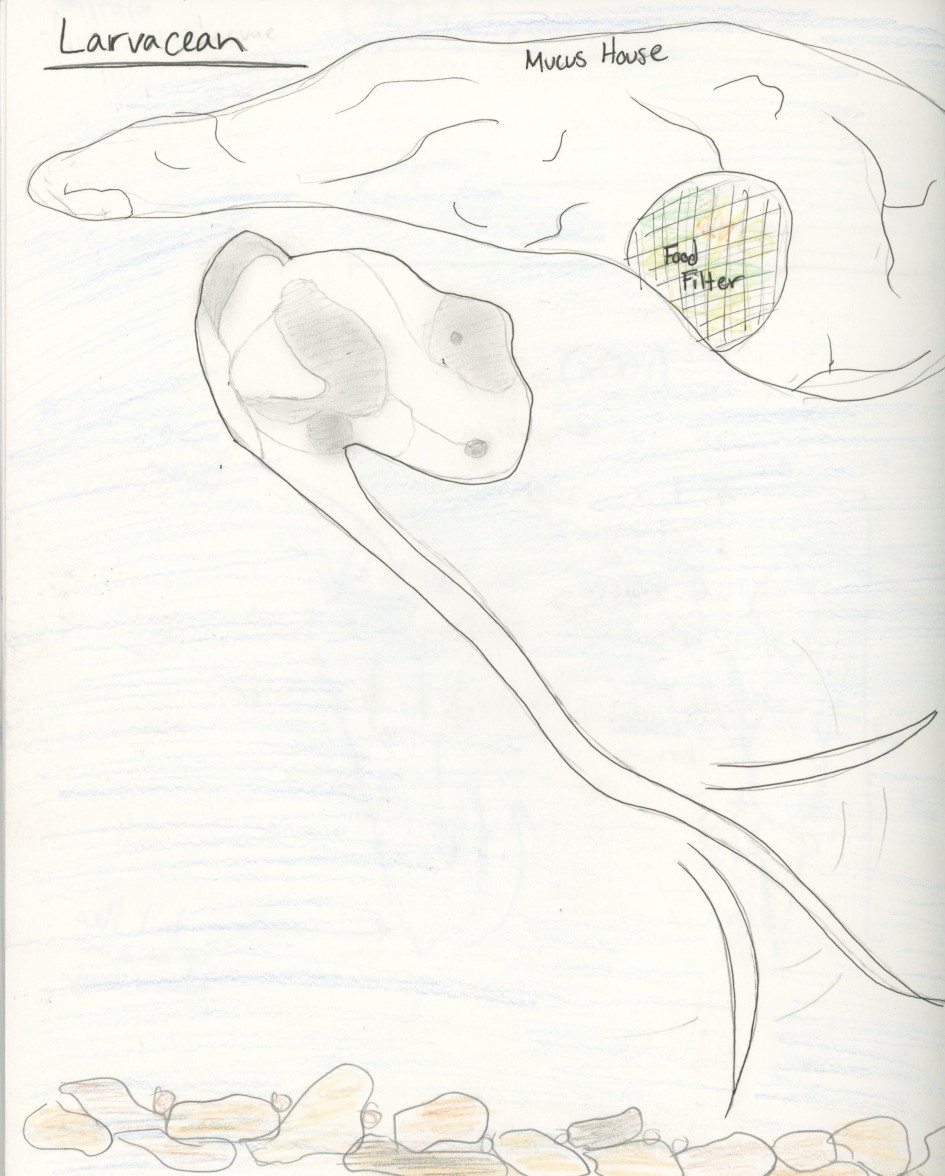 Larvaceans are difficult to draw live under microscopes because of their constantly flicking tail.

Larvaceans are tadpole-looking zooplankton. They have vertebrae that form long, skinny tails. These tails connect to large heads that measure about a third of the length of their tails. These heads are actually reproductive organs and a digestive system. Larvacean bodies are colorless and transparent. The life span of larvaceans is anywhere from three to five days.

An animation depicting the sinking of a larvacean’s cellulose home. These sinking houses are collectively referred to as “marine snow.”

Larvaceans are found all over the world. Mostly keeping to the deep sea, larvaceans can live in warm and cold salt water. Larvaceans secrete cellulose that forms a type of house with filters that act similarly to a fishing net. Larvacean houses are used to catch algae, bacteria, protists and phytoplankton. Larvaceans create new houses multiple times throughout the day because the filters in the houses often get clogged with food and waste from the larvacean. When filters clog, they sink to the seafloor. The phytoplankton absorb dissolved carbon from the atmosphere and when they get caught in the larvacean house filter and sink to the seafloor, that carbon gets recycled through scavenging copepods. Copepods feed on the plankton, algae and waste in the sunken houses. I think larvaceans have the potential to inspire change. “Marine snow” formed by larvacean homes are a huge source of carbon in the ocean. These creatures are microscopic and yet their presence is essential to the oceanic carbon cycle. I have often heard people talk about issues such as climate change and feel as though they are only one person and one person can’t make a difference. It is true that one person standing alone doesn’t always make much of a difference, but one person standing up at all can encourage others to take a stand, too. Many individuals standing together with the same intentions and wishes for change can make all the difference in the world. One larvacean would only produce a minuscule amount of carbon; billions and billions of larvaceans acting together form the marine snow that makes up the carbon cycle. 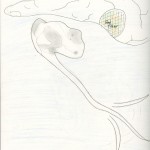 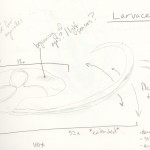 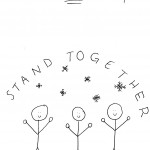