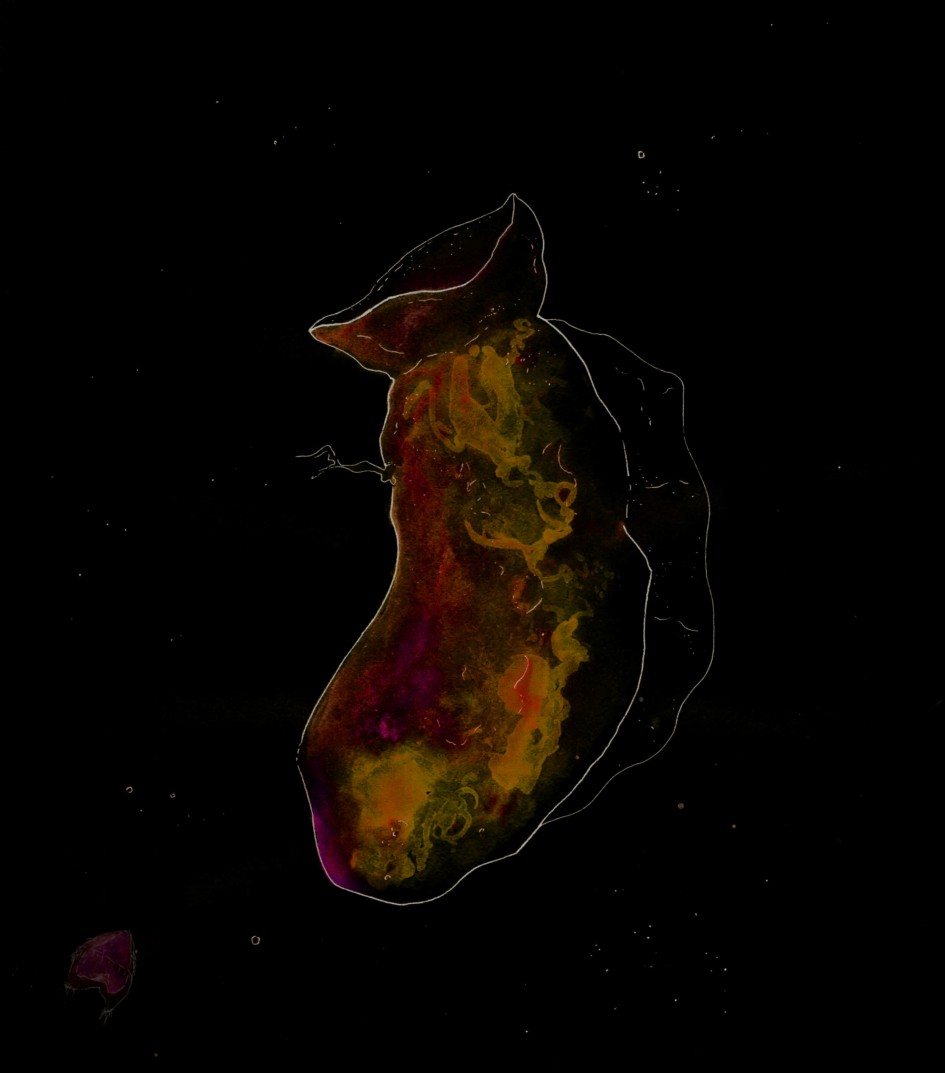 are a species of dinoflagellate which are widely distributed but commonly found in cold and temperate neritic waters (Ehrenberg, 1839). “Dinoflagellate” means “whirling flagella”, although Dinoflagellates actually have two flagella that can be used to turn and provide forward movement. Dinoflagellates typically have cellulose plates that form a kind of “armor” for the cell, although this armor may be lacking or shed. D. acuta also have a little wing attached to their side which can be used for swimming. Dinophysis cells occur in 2 clearly distinguished sizes, and reproduce asexually, but the details of their reproduction still require further research (MacKenzie 2004). Many dinoflagellates including D. acuta produce lipophilic toxins that are a threat to shellfish, mussels, and other creatures harvested by humans (Reguera 2006). The effect of this toxin is known as diarrhetic shellfish poisoning (DSP), which can cause gastrointestinal illness with possible neurological effects resulting in diarrhea, nausea, vomiting, and abdominal pain (Ramsdell 2012). There have been no fatalities, but Dinophysis species are actively monitored in many places for this reason (Ramsdell 2012).