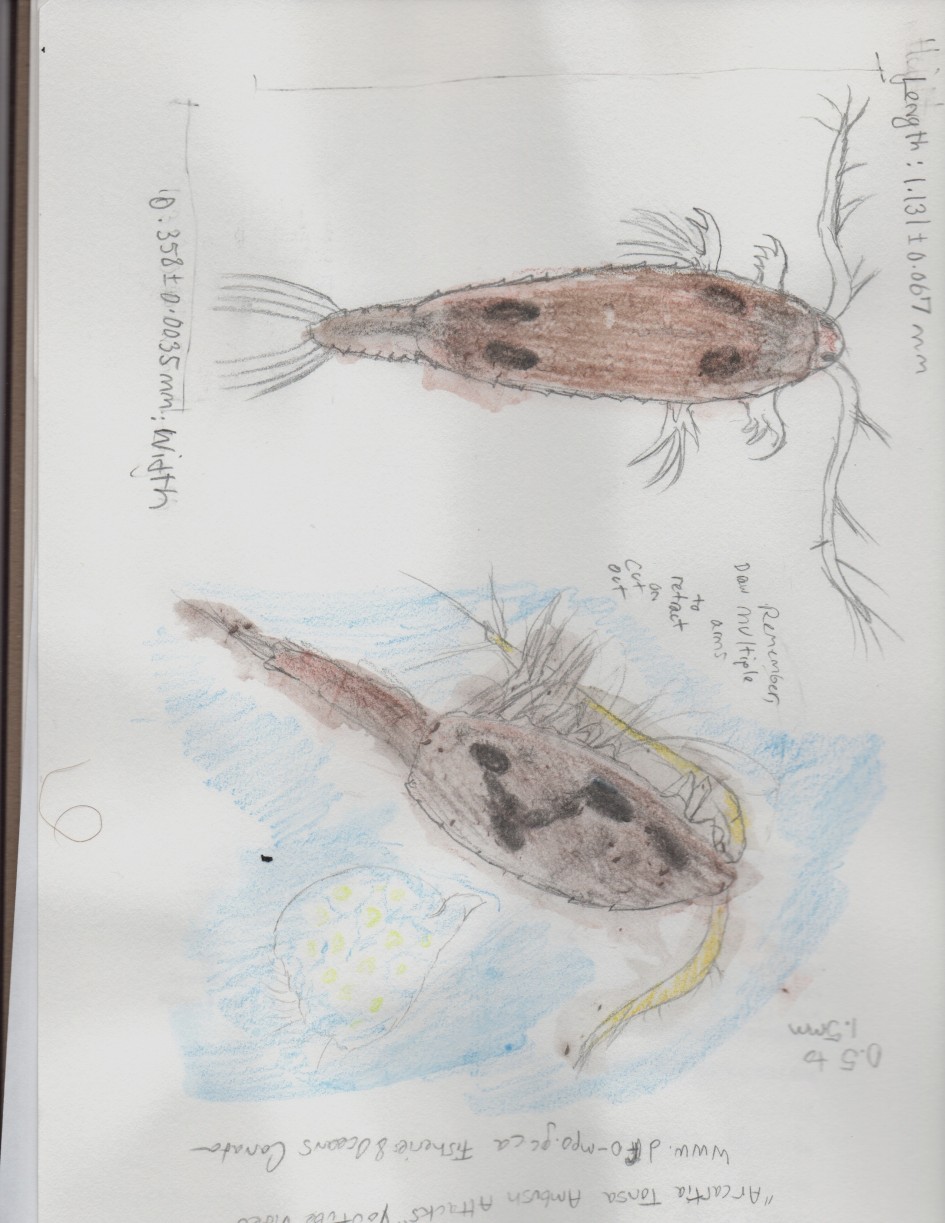 A. tonsa about to catch it’s motile prey. A. tonsa in their habitat

Another study about A. Tonsa by Kiorboe featured measuring the A. tonsa’s rate of clearance, ingestion, ammonia excretion, respiration and egg production compared to its food concentration (Kiørboe et al. 1985). They had thought that the A. tonsa’s metabolic feeding rate was due to its growth and transport (Kiørboe et al., 1985). The A. Tonsa making decisions pivotal to its survival.

The A. tonsa seems to be a very selective organism. The A. tonsa will execute a method of catching prey that will make the most sense for them. For example, they will become still in order to jump and catch motile prey. They also create a current to catch sessile prey. Both of these methods require a large amount of energy. The A. Tonsa needs to be selective in how much energy it will use and when. That is why the A. tonsa deliberately makes decisions that will benefit it. This can be applied to people making decisions on what to do with their time. Will they go do work or will they rest? The A. tonsa is similar to a person who is an expert in time management as it makes the choice that makes the most sense for them in the situation.