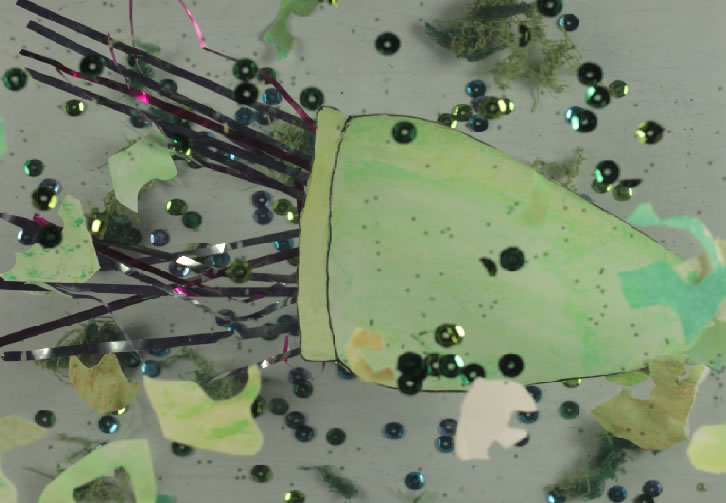 “Tintinnids are planktonic ciliates with shells (lorica)” (Encyclopedia Britannica Inc., 2016). “Among the unicellular eukaryotes, the common characteristics of ciliates are possession of cilia during all or some part of the life cycle, nuclear dualism (macro – and micronuclei), and sexual recombination through conjugation, separate from reproduction which in tintinnids and most other ciliates is through binary fission.”(Hwang. 2014). While there is a common shape that tintinnids can be found in there are a few variations to the style. Some are long torpedo in shape while others are more of a bell shape flaring out at the bottom to reveal the rotating cilia. The specific tintinnid that I examined only came up described as Stenosemella nivalis; upon further research information that would be beneficial was sparse. A more general approach seemed to fit best for abundance of information 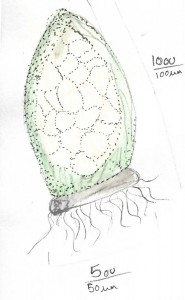 With over 100 different species, there is a divide for more specific characteristics. “According to their distribution in the world oceans, tintinnid genera were divided into several biogeographical types such as boreal, warm water, austral and neritic”(Hwang, 2014). From the Mediterranean, to the Atlantic, Pacific to the Arctic tintinnids are found all over the world in marine sources as well as freshwater. With abundance recorded at between 100-1000 ppl. They can range in size from 20- 200µm. The color I observed was a golden green color which was similar to the surrounding matter, upon further research I’m still unclear if the organisms have the algae attached to it or if they are that color for defense. The actual use of the lorica is still unknown because it does little to nothing in terms of protection from predators but the best guests I have come upon are that it helps keep them buoyant. Tintinnids are herbivores and eat algae by creating a current by rotating their cilia and sucking the food into their mouth hole.

The habitat represented in this drawing is showing where we took our samples from to look at organisms under the microscope. Hearthfire Grill in Olympia is on a little dock with a ladder, which I depicted in the image below. 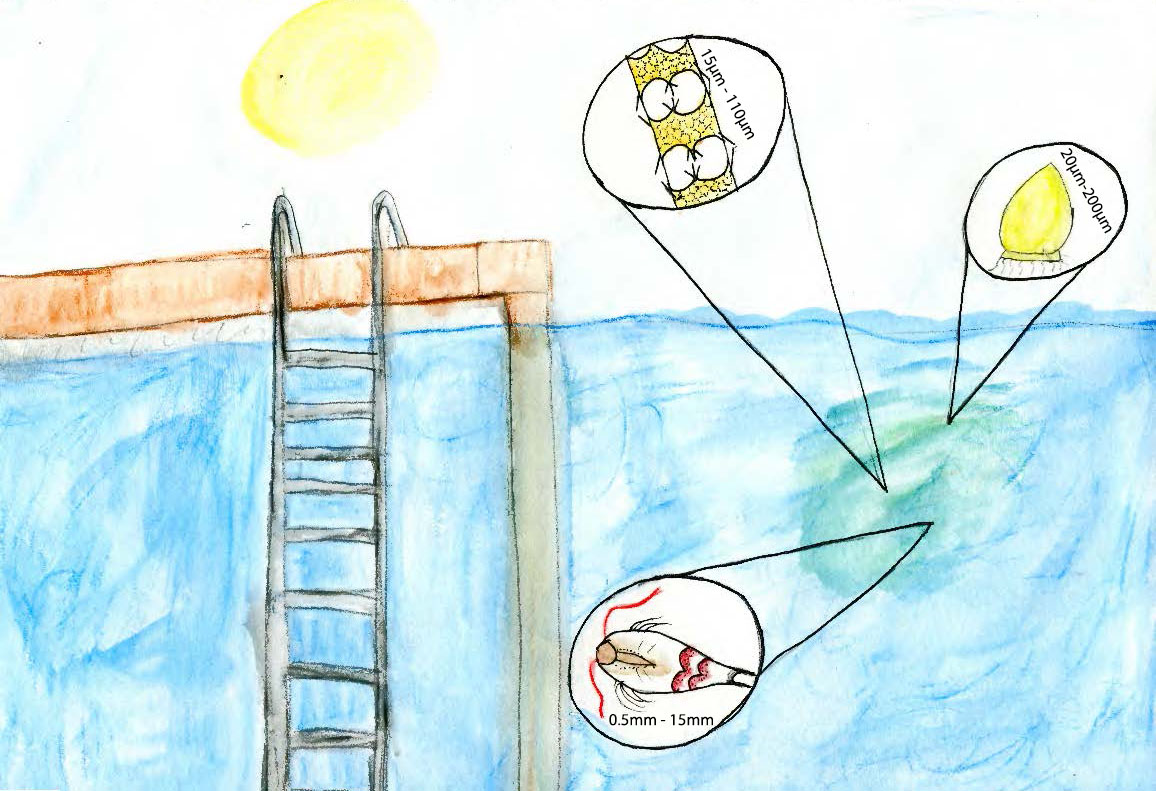 Along with the tintinnid there was skeletonema, coscinodiscus, copepods (which makes sense because they eat tintinnids) and odontella.  This sample that I looked at was full of critters, so much so it was hard to locate single organisms to focus on. When focusing on the copepod you could see tiny ovals shooting through the slide, when magnification was increased it was clear these were the tintinnids and it gave a good size comparison of predator (copepod) and prey (tintinnid). 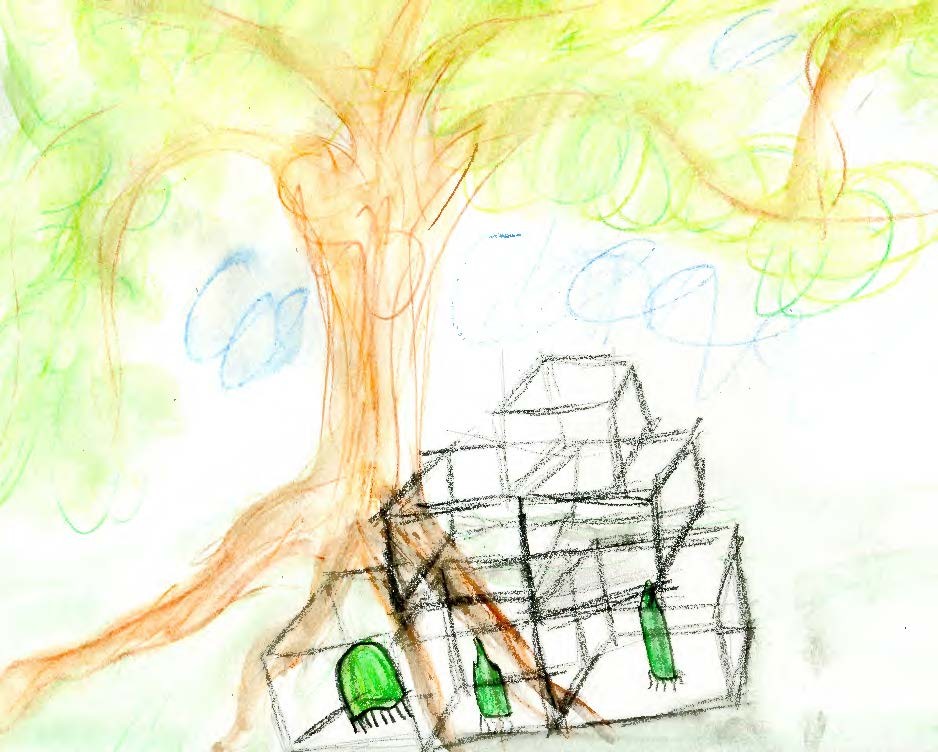 We were asked to describe the impact of our organism in today’s world, with something so small it gets forgotten a lot. Bringing me to the idea that representation of the tintinnid today is a building block of life. Being food for larger organisms such as copepods, it is an abstract basis to start the cycle. We look at these vast buildings and take them in as a whole, dwarfed by their size. We forget that those buildings stand tall by the support beams that hold up the core/base tintinnids are sort of that same thing if you look at the microbial food web.