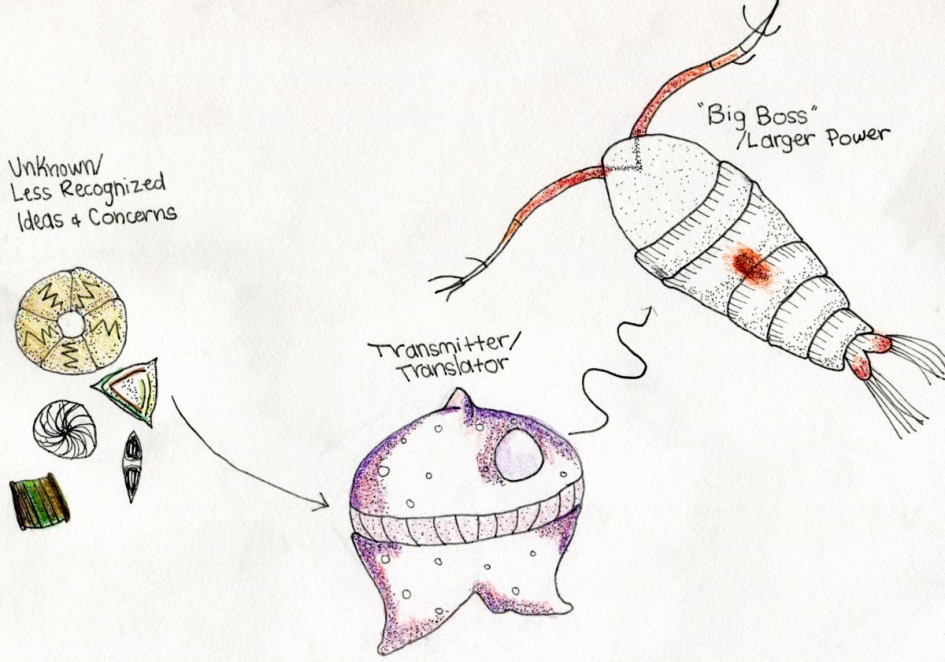 As an important link between primary producers and predators in the microbial food loop, Protoperinium could represent a necessary communicator between systems of power and overlooked, or oppressed groups.

First discovered in 1841, with the most recent species identified in 2015, Protoperidinium species continue to be added to the Dinophyta phylum. Protoperidinium are dinoflagellates; this means they are unicellular organisms with a cell wall. While there are numerous different species, a similar structure is present throughout the genus. Their shapes have been been described as globular or polygonal. As an armored cell, Protoperidinium have cellulose plates that form their exterior. Their structure often includes apical and antapical horns, and antapical spines. These organisms have two flagella, one is wrapped around a groove between the plates, and the other trails freely; both flagella are used for locomotion. 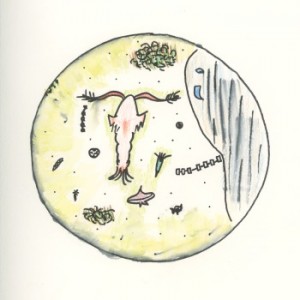 Protoperidinium in its environment, under the microscope.

They are widespread throughout the oceans, but due to their diet, Protoperidinium appear most along the coast. They’re heterotrophic, primarily feeding on diatoms, and following diatom blooms. To eat, they feed through extracellular digestion. A pallium, “feeding veil,” is released during a pseudopodium, and the organism is digested under the veil (Evagelopoulos, 2002). It allows Protoperidnium to digest prey larger than themselves.

It’s important to understand the feeding habits of microorganisms like Protoperidinium because of their significance in the food chain. Protoperidinium are an important part of the microbial food loop, and increase the efficiency of the food chain by cycling carbon and other nutrients. They’re also one of the only four dinoflagellates known to feed with a pallium (Menden-Deuer, et al. 2005). Furthermore, they role as both predator and prey. Because they can ingest food larger than themselves, they’re competing with and being eaten by larger, multicellular organisms. Therefore when larger organisms eat them, Protoperidinium transfer the biomass from primary producers up the food chain.

In 2005, an intensive study of three species of Protoperidinium revealed their responses to adverse feeding situations. The study isolated Protoperidinium conicum P. depressum, and P. excentricum from Puget Sound surface waters. It also investigated their growth and ingestion rates.

The researchers found it important to focus on starvation survival because of the frequent fluctuation of phytoplankton population. Low concentrations of phytoplankton can continue for several months, even in regular blooming zones, such as coastal areas (Menden-Deuer, et al. 2005). It was concluded that because of this, “the availability of suitable prey at a high density is uncertain at best and possibly rare…predators may frequently experience low prey or even starvation conditions” (Menden-Deuer, et al. 2005). 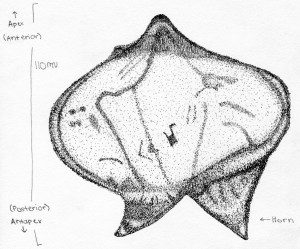 Previously, the longest survival of a starved dinoflagellate was 30 days. The study found Protoperidinium depresum capable of surviving up to 71 days with an extremely low concentration of diatom prey (Menden-Deuer, et al. 2005). Transparency of the Protoperidinium was also documented. The color Protoperidinium is determined by it’s diet, so the observed transparency could have been the result of a lack of nutrients, but it’s also hypothesized that this condition is due to the organism metabolizing its own cell content. The capability of surviving with severely limited prey gives Protoperidinium species an advantage and could help explain why, during certain times of the year, their population is more dominant than other microzooplankton. The study’s “results show that Protoperidinium species can indeed survive prolonged periods of adverse conditions, and thereby gain numeric dominance in the plankton community” (Menden-Deuer, et al. 2005).

Microzooplankton are already extremely important to the environment and fulfill many tasks. The information from this study puts Protoperidinium near the top of an already powerfully impactful group of organisms. Protoperidinium are resilient, and are found to have higher populations than other microzooplankton in less favorable environments. They work as both predator and prey, and therefore provide a necessary link in the food chain.

To make a connection between our world today and Protoperidinium, we can view Protoperidinium as a risky, but necessary negotiator. Although the big guys won’t eat us in our social society, there will be times where we, or people in our community are starved of something they need, and have to seek it, even with consequences. Often to do this we need to communicate with people on every side of an issue, and transfer knowledge to larger powers from people whose voices wouldn’t be heard otherwise. Think of Protoperidinium whenever you could be the link between voices with an issue and a larger/less accessible power. 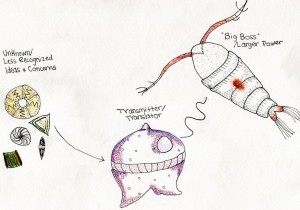 To Eat or Not to Eat, Zooplankton