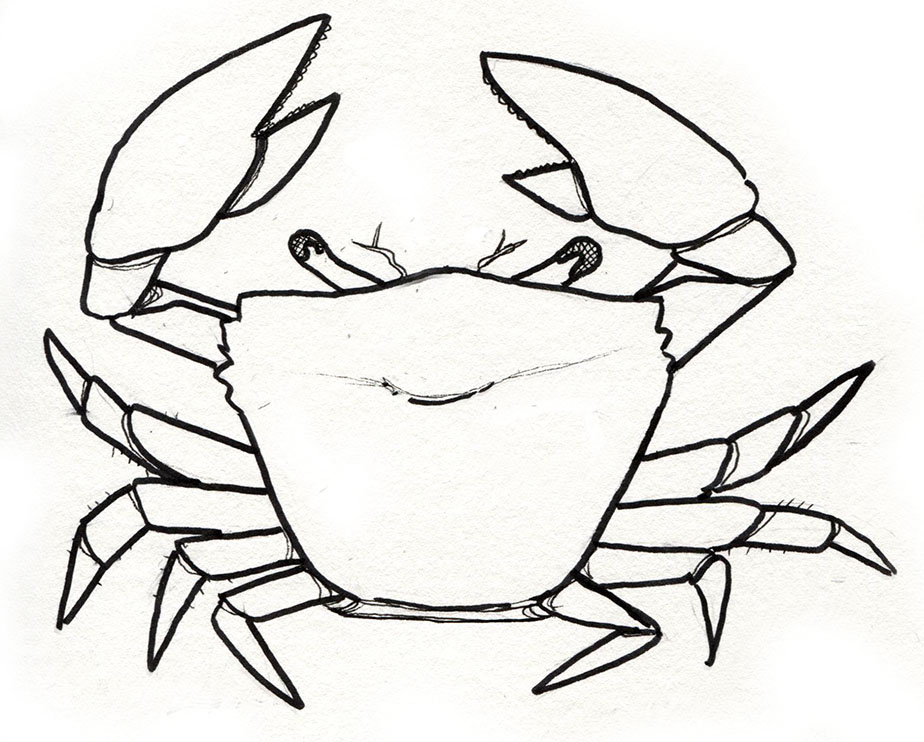 Hemigrapsus oregonensis is an arthropod from the family Grapsidae. Grapsids are characterized by rectangular carapaces, or ‘shells’, eyes that are wide apart and a lack of rostrum. (Cowles) Commonly, grapsids are referred to as shore crabs.  H. oregonensis are some of the most abundant crabs on the Pacific Coast of North America, ranging from Alaska to Mexico. (Cowles) They are found in intertidal zones and areas with fine sediment to sift sustenance from.

H. oregonesis are small, between 29mm and 35mm, females being smaller than males. They can be found in a variety of colors, most often shades of green and gray (Oliver) but also reds and whites. They are similar in look to Hemigrapsus nudus, but can be easily distinguished by the absence of setae or ‘hairs’ on any of the legs. H. nudus are also more commonly shades of purple or red and will have purple spots on the chelae, or grasping claws.

Like many marine organisms that are large enough for us to see with our naked eye, H. oregonensis spends it’s larval stages in the water column as plankton. (Oliver) They go through several zoeal stages which cannot move under their own accord. The zoea can only be seen under a microscope and even then, barely resemble the organism they will develop into. As they mature, they become megalops, a juvenile form of what we would recognize as a crab. Megalops sinks out of the water column to the marine floor. Over time, megalops will molt into an adult, reproduce and start the cycle over again. To help visualize this cycle, please direct your attention to the following video.

H. oregonensis has a strong connection with humans, at least from a more philosophical or emotional stand point. Many children raised on the Pacific Coast have fond memories of turning over rocks and inspecting tidepools during low tides to look for this elusive species.For many, this is one of our first encounters with the seemingly alien life that lives in the sea. The experience is inspiring and memorable and can help cultivate an understanding and an interest in the natural world. 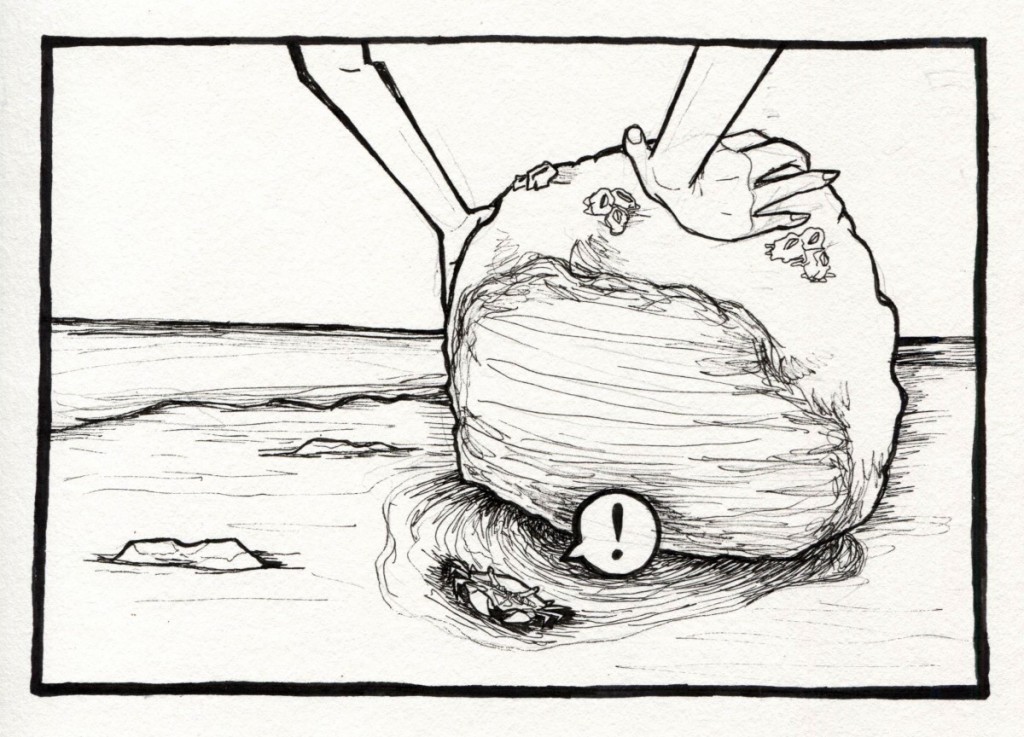