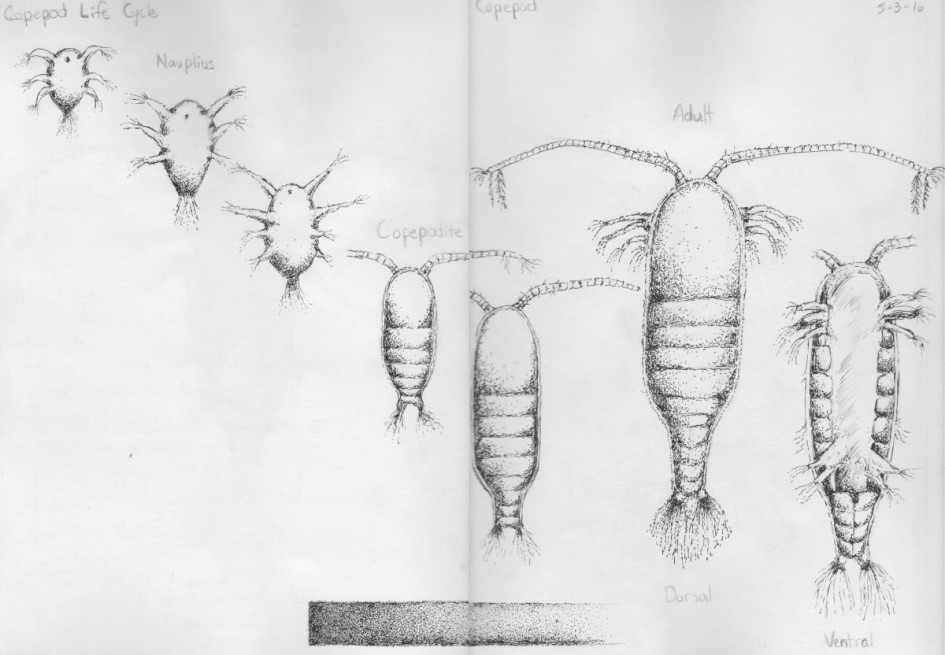 Calanus pacificus is a type of zooplankton, a planktonic crustacean related to shrimp and crabs. Calanus is just one specific species of copepod belonging to the order calanoida, which is one of the most common types of zooplankton globally, and can in fact be found in Puget Sound, WA. Though they can vary in appearance, they are easily recognizable from other species of copepods by their antennae, which tend to be the length of their main body.

Upon hatching from eggs, C. pacificus will spend the majority of their life as mite-like, larval nauplius. Eventually, the nauplii will molt into a juvenile called a copepodite. This stage continues until the copepod reaches sexual maturity, at which point it will have entered the adult stage—the final stage of its life. They will range in size from 2-4 millimeters. 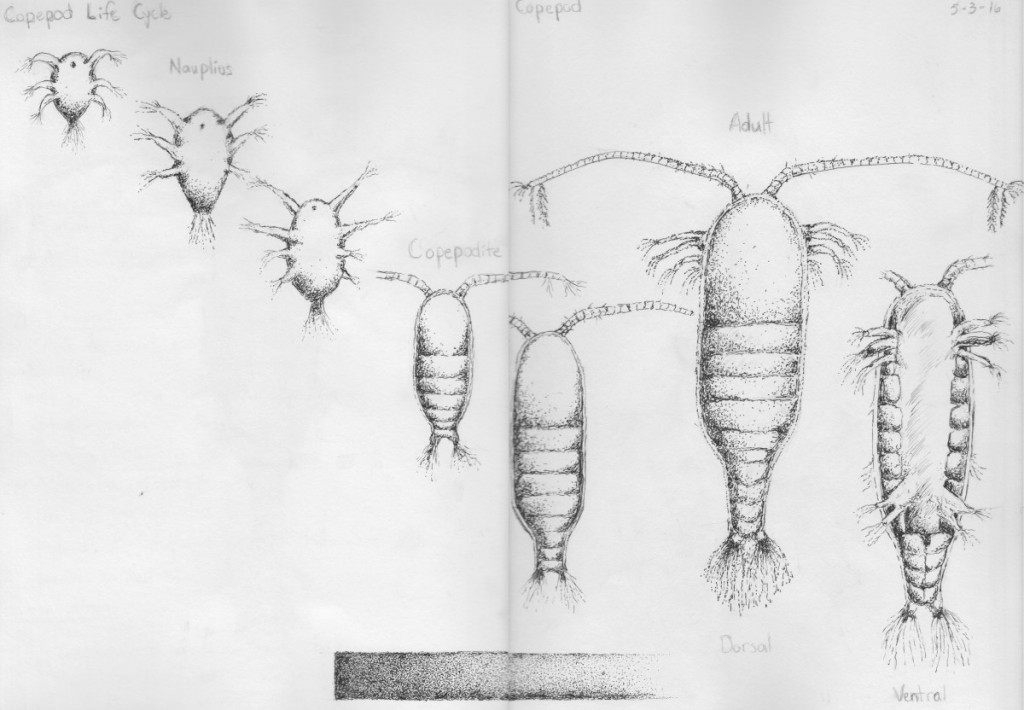 Calanoid copepods are not limited to just ocean environments, and can in fact be found in freshwater regions ranging from rivers, estuaries, marshes, and small bodies of standing water, such as ponds. Calanus pacificus is quite common in the Puget Sound area, and beyond that, can be found in great numbers throughout the Pacific Ocean. C. pacificus is primarily found closer to the water surface, where nutrients are more abundant–it is also where they will lay their eggs. Even when C. pacificus is prevented access to a food source due to dramatic shifts to phytoplankton numbers, their egg production seems to largely remains unchanged.

Calanus plays an important role in aquatic food webs. As zooplankton they prey on smaller planktonic organisms such as diatoms, dinoflagellates, and other microplanktonic organisms, therefore they are a key player in transferring energy from lower trophic levels to higher ones, such as shrimp, fish, and larger marine mammals. C. Pacificus are high in protein, making them an ideal source of energy for many species of fish.

Calanus pacificus As A Disease Vector

Interestingly, Calanus pacificus californicus is believed to be a likely vector for white spot syndrome virus (WSSV). WSSV is a virus that targets shrimp. The virus is highly contagious, and kills shrimp quickly. In just a few days, entire populations of shrimp farms have been entirely wiped out. C. pacificus californicus has been shown to be particularly susceptible to WSSV, and is therefore suspected to be a key component in the virus’ dispersal. The first documented incident of the WSSV was in Taiwan in 1992. The most recent documented outbreak occurred in Brazil, in 2005. 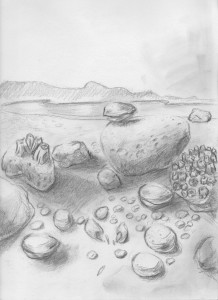 It is safe to say that, our lives would be quite different without C. pacificus, and indeed, all copepods. They are an organism that many species of fish depend on for nourishment, that without which, would put greater stressors on many other trophic levels. This includes humans, since seafood is a staple of so many people’s diets. So every time you sit down to eat fish for dinner, you likely have some species of copepod to thank for that delicious meal. They may be small, but they impact our lives in ways that are easy to forget, if not go downright unnoticed altogether.

The following animation is my interpretation of a very hungry copepod on the hunt. The “cute” and “humanistic” factors were exaggerated and favored over anatomical correctness. This was a difficult balance to maintain, and I think more work could bring it the extra step towards what I initially envisioned.

Sanchez-Paz, A. (2010). White spot syndrome virus: an overview of an emergent concern. Retrieved from http://www.ncbi.nlm.nih.gov/pmc/articles/PMC2855118/