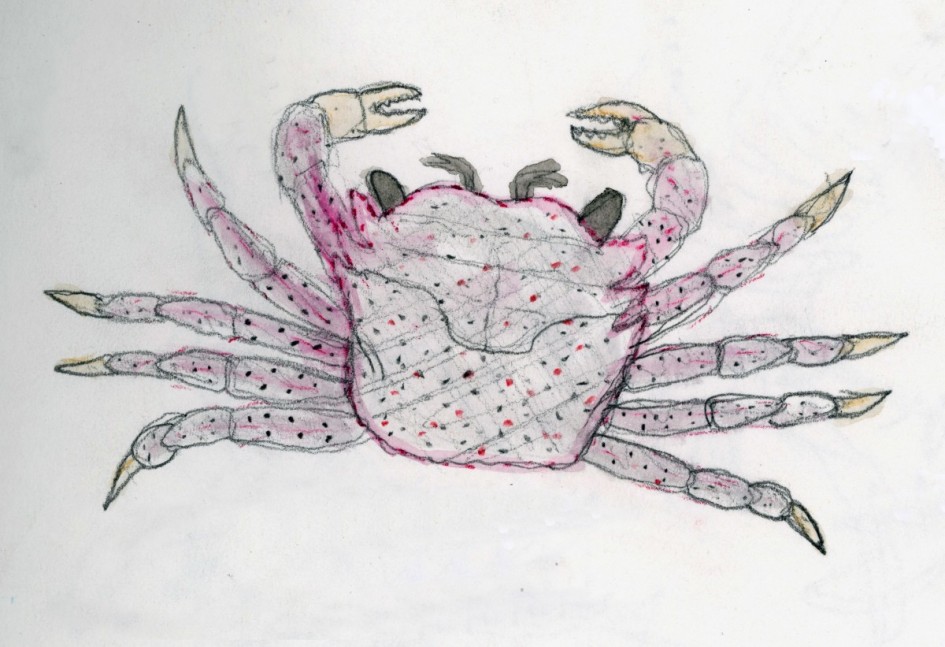 Hemigrapsus oregonensis is a very small crab whose carapace width ranges from “34.7 mm in males and 29.1 mm in females” (Cowles, 2005). These crabs are common in intertidal zones, where they can seek out shelter under rocks and fine sediment. They also live in open mud flats, algal and eelgrass beds, and on beach and estuary shores (Cowles, 2005). Hemigrapsus mostly feeds at night, eating diatoms and algae. They will also eat meat if it happens to be available (Cowles, 2005). Hemigrapsus will occasionally prey on smaller invertebrates, but are more likely to scavenge. They can filter-feed by using their third maxillipeds, which are specialized feeding appendages (Wong,2005). 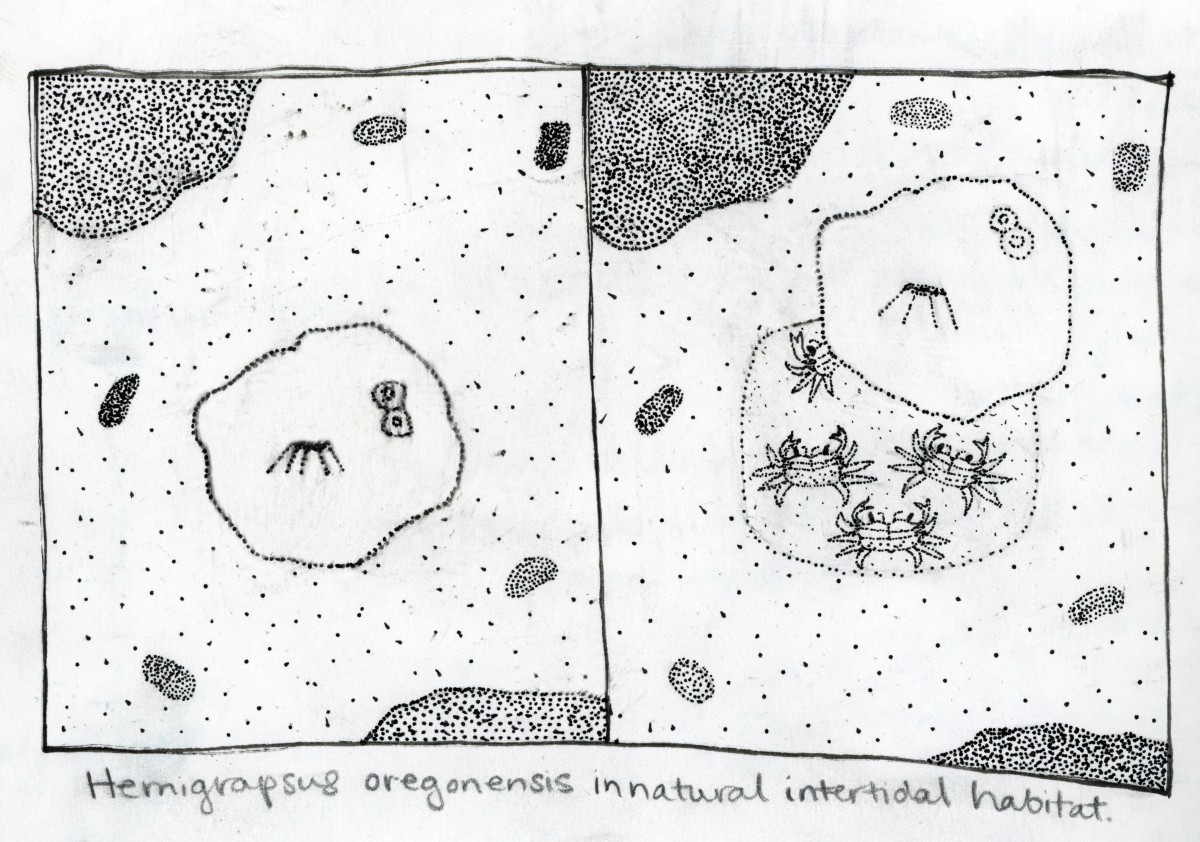 When it comes to being eaten themselves, Hemigrapsus are usually preyed upon by shorebirds and Carcinus maenas, another species of shore crab. The eggs of Hemigrapsus are also preyed upon by a type of red ribbon worm (Wong, 2005). In comparison to other species of shore crabs, the Hemigrapsus oregonensis crabs are great osmoregulators, perhaps because of their prevalence in estuarine environments. Osmoregulation is the “physiological processes that an organism uses to maintain water balance; that is, to compensate for water loss, avoid excess water gain, and maintain the proper osmotic concentration of the body fluids” (Saladin, n.d.). They are also able to tolerate more hypoxic conditions than other species of shore crabs (Wong, 2005).