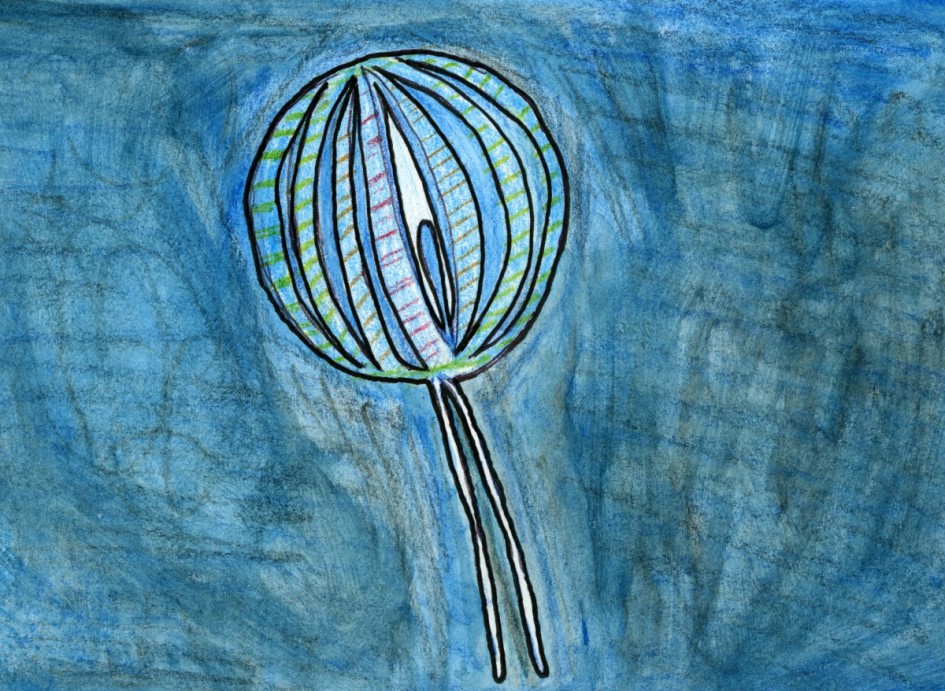 Pleurobrachia bachei, also known as ‘sea gooseberries’ are comb jellies grouped within the phylum Ctenophora. Comb jellies are known as such because of their ‘combs’, or groupings of cilia that they use for mobility. Pleurobrachia bachei are elliptically shaped and have 2 tentacles. While their bodies grow to be up to 1.5 cm in diameter, their tentacles can reach up to 15 cm in length (Willis, 2013). The tentacles do not contain nematocysts, the cells that allow other types of jellies to sting, but instead contain colloblast cells which produce a sticky substance that can trap prey (Cowles, 2007). Pleurobrachia bachei are transparent, but their tentacles and organs are often colored. They have eight ciliated comb rows that run down most of the length of their bodies, propelling them through the water and refracting light in such a way that it appears as if there are bioluminescent rainbows quickly moving along the rows (Willis, 2013).

Pleurobrachia bachei live in temperate pelagic zones strictly within marine environments, most commonly at depths of 15-30 meters from the ocean surface and 5-10 kilometers from shore. They are active during the day and night, but mostly at night and often within large groups (Willis, 2013). Pleurobrachia bachei are hermaphroditic. They release eggs and sperm through their mouths and the eggs are fertilized externally in the open water (Cowles, 2007). They are extremely prolific and have the ability to release up to 1,000 eggs per day (Wrobel, n.d.). The sperm is released in intervals for approximately 5 minutes and the eggs are released afterward in intervals for about 5-10 minutes. Once these comb jellies are born they have an expected lifespan ranging from 120-180 days in the spring and summer months, with significant declines in populations during the winter months (Willis, 2013). 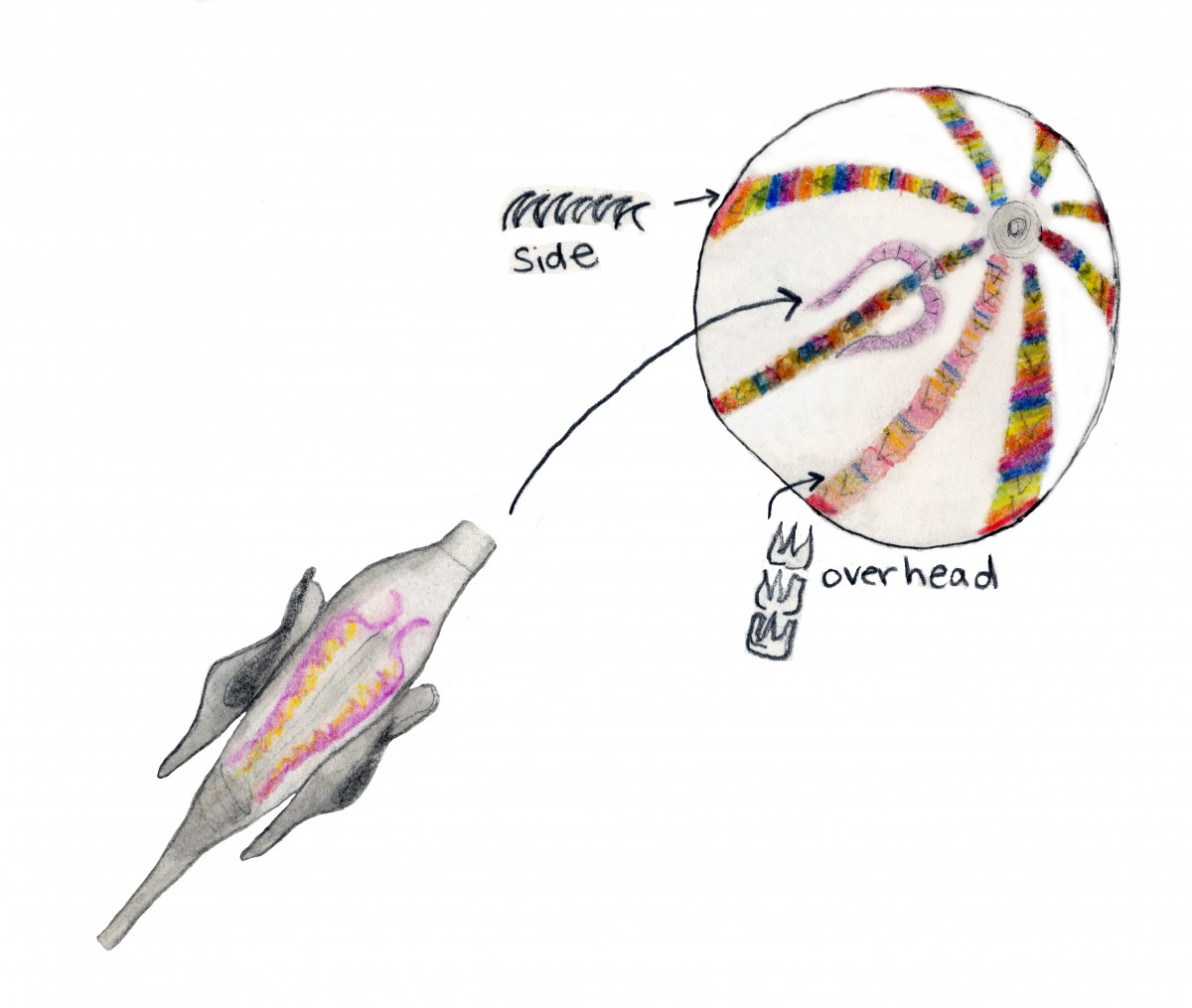 Pleurobrachia bachei follow the diel migration of their prey. This means that within a 24 hour time period they move vertically within the epipelagic and mesopelagic sea layers, going as deep as 1,000 meters. These jellies will feed on plankton, copepods, larval fish, eggs, and other organisms that happen to be smaller than them (Willis, 2013). Pleurobrachia bachei sit in the same spot waiting for prey. They space out their 2 tentacles evenly and then wait suspended in that spot with their mouths positioned upright. Once their sticky tentacles capture an organism, the jellies contract the tentacles until they are closer to their bodies and then they begin rotating their bodies until the prey reaches their mouth so they can ingest it (Cowles, 2007). However, when Pleurobrachia bachei is being preyed upon their best tactic is to reverse the direction of their comb rows to hopefully propel them away from predators (Wrobel, n.d.).

More recent studies of Pleurobrachia bachei have discovered that they are different from all other animal species on earth due to the fact that their neural systems are missing many integral pathways and molecules that are necessary for classic brain function. This suggests that Pleurobrachia bachei have evolved a neural system unique to their species. These findings might help in future treatments of brain disorders, as well as aiding biologists in creating new neural circuits (Williams, 2014). Pleurobrachia bachei is an isolated representation of the potential wonders and importance that a single species can possess, as well as its indispensable role within an entire ecosystem.

This animation captures the feeding habits of Pleurobrachia bachei. The feeding habits of these jellies keep population levels of copepods and other phyto- and zooplankton in check so that the ecosystems containing them can remain at stable and functional levels.

Williams, Sarah C.P. “Ctenophores Have a Mind of Their Own.” BioTechniques. The International Journal of Life Science Methods, 07 July 2014. Web. 25 May 2016.