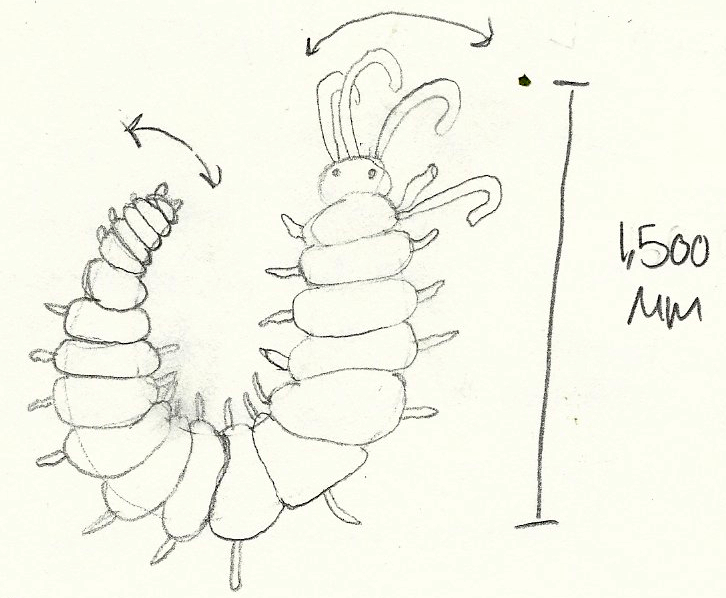 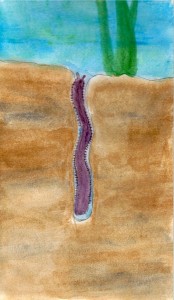 West and East coasts of both North and South America, Gulf of Mexico, Straits of Magellan, New Zealand, and Southern Australia. Intertidal and subtidal, usually marine; 2-213 m depth (WA State Dept. of Ecology, 2013). Glycera americana are infaunal organisms; they spend much of their time burrowed in the sediment. When an area becomes hypoxic or anoxic, the polychaetes concentrate at the sediment surface, making them more vulnerable to their predators who can readily move into and out of low oxygen areas. Following a hypoxic event infauna need time to recover and reburrow, the main predators that take advantage of this are crustaceans, mainly the blue crab Callinectes sapidus. This has the potential to affect trophic dynamics (Nestlerode et al., 1998).

Also known as a bloodworm, Glycera is a larger genus, can reach over 350 mm in length (about 14 inches). Coloring can range from light pink to darker. Two pairs of terminal antenna and parapodia along the segmented body. The anterior end has a proboscis that houses four hollow jaws (WA State Dept. of Ecology, 2013). G. dibrachiata is also an osmoconformer, able to withstand a range of salinity from 1366 to 374 mOsm/kg. The unit mOsm refers to a milliosmole, which measure moles of solute contributed to osmotic pressure. The individual cell volume is regulated by tissue specific amino acids, which affect the solute change in the body wall of the worm (Costa et al., 1980).

The concept for this animation was to capture polychaete movement, both in the water column and in the sediment.

The predators of Glycera species areBottom-feeding fish, crustaceans, and gulls (Nestlerode et al., 1998). These polychaetes prey on benthic invertebrates, other polychaetes and amphipods (Rothschild, 48). Glycera dibranchiata specifically, have jaws that contain a copper based biomineral atacamite, which makes them resistant to abrasion, similar to tooth enamel. The copper is concentration on the inner part of the jaw, which is hypothesized to ease the inevitable bite of sand or gravel when burrowing. The copper may also activate the venom as it is injected into Glycera’s prey (Lichtenegger et al., 2002).

Glycera in the 21st Century 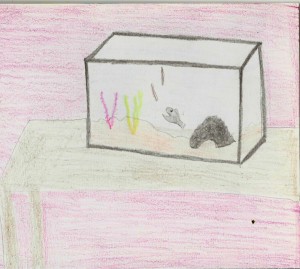 Today many Glycera species are harvested for bait, as well as dried for aquatic pets. In addition to their economic usefulness many polychaetes have copper in their jaws to withstand abrasive material so they can burrow. These creatures can represent the tenacity we need in order to lessen the blow of climate change. We need to dig deep and withstand any abrasive issues that get in our way.