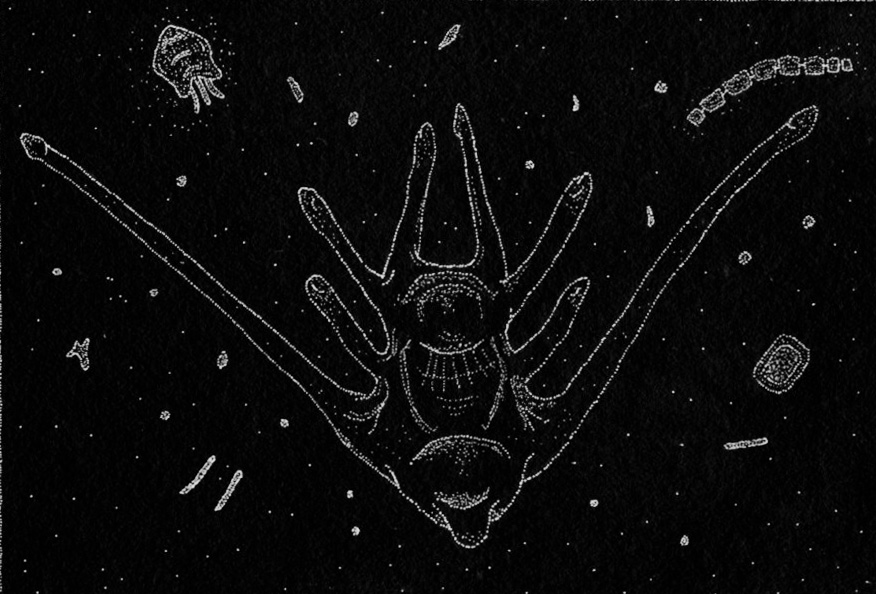 A Star of Sand and Seas

Ophiopholis aculeata is of the family Ophiactidae, and is also known as a Brittle ‘Daisy’ Star, it is the most common of all the brittle stars. They tend to be found in the lower intertidal zones worldwide. Though typically nocturnal, this brittle star can still be seen during the day moving in between rocks and other shelters, being one of the most active and quickest of the varieties they are able to accomplish such treacherous feats. They feed mostly on decaying matter, and microscopic prey, occasionally dining on smaller species of crustaceans. Ecologically not much is known in regards to the impact they have, yet they are increasingly affected negatively by environmental factors such as global warming and pollution. We will explore a few aspects of this organism, including its larval stage, its relationship to the world around it, and what the Ophiopholis aculeta could represent in the 21st century. 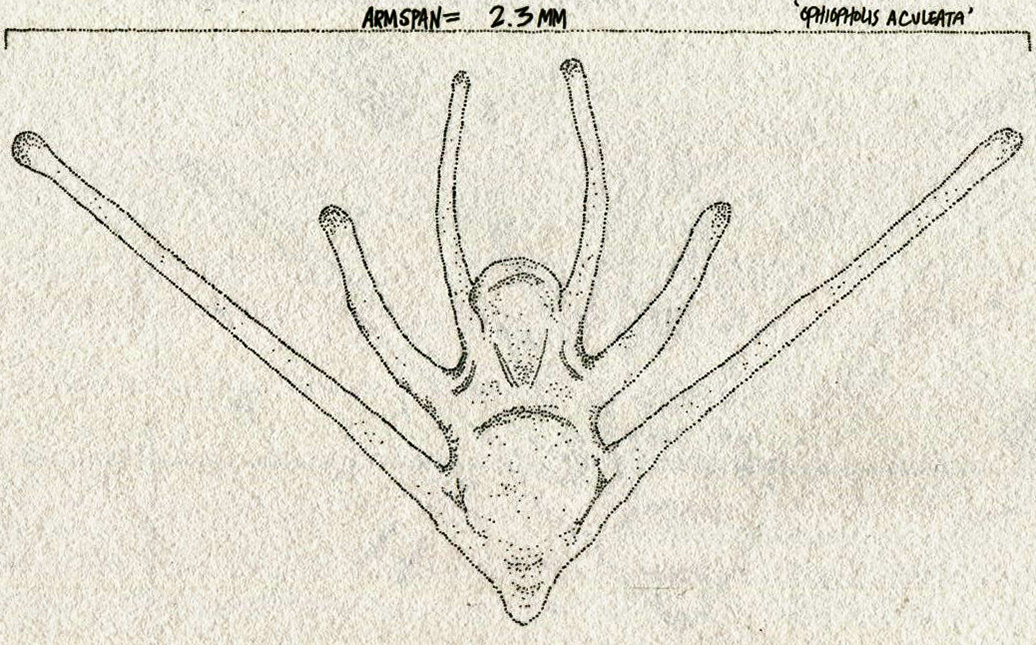 Spawning of eggs and sperm occurs in open waters typically in more temperate latitudes, once hatched a metamorphosis begins that alters the organisms appearance ranging from four to eight arms, some of which will actually be reabsorbed. It is in this earliest larval stage, known then as Ophiopluteus, that the organism can be found floating and swimming freely among the plankton feeding on phytoplankton until it eventually settles onto the seafloor, due mostly to its increased mass and weight. This marks the beginning of the juvenile stage, which is also signified by a much more familiar star shape.

The Ordovician period lasted just about 45 million years and occurred over 488 million years ago, during this era it is quite possible that a common ancestor between the Asteroids and Ophiuroids would have been present, as early members of both organisms existed side by side then. Much of the uncertainty of this lies in the fossils that are available for study, starfish and brittle stars are extremely fragile and tend to not leave much of a prehistoric presence. Today Ophiuroids can be found in most of the world, a few varieties can even flourish in brackish waters which is quite an uncommon trait for most echinoderms.
Sometimes known as “Snake Stars”or “Serpent Stars”, due to their long flexible arms, the brittle star can move about the seafloor by wriggling its arms, unlike the star fish which covers distance by crawling on hundreds of tiny tube feet, the brittle star does possess tube feet though which are mainly used to grasp or move objects as they see fit. Indonesia in and around the 18th century was known to cook and eat the brittle star, this practice has since all but disappeared.

Shooting For The Stars, and Missing? 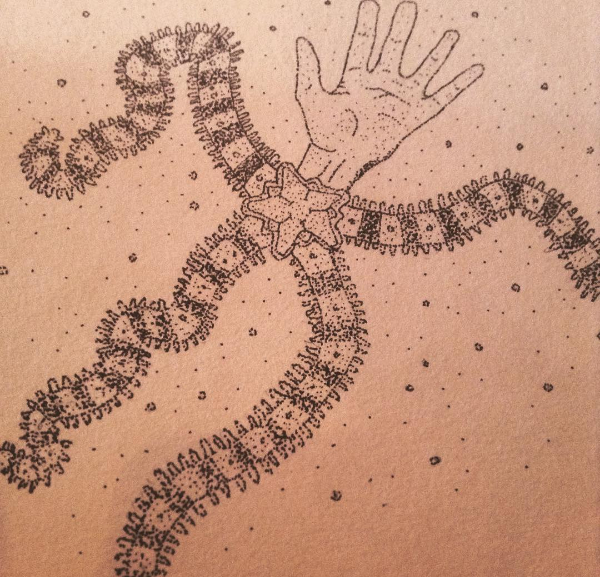 When envisioning what the brittle star could mean for the future, what it could represent, the draw to anthropomorphize and reason through a human mindset is almost entirely impossible to escape. To step outside of one’s self completely and partake in an environment free of distortion and delusion, though a task worthwhile, at this point in time requires a shift in thinking that unfortunately can not be completely covered here. On that note, let’s talk about how the brittle star and it’s ability to actually clone itself, essentially making it able to age infinitely, can be utilized by humans in the fields of organ and limb growth and regrowth. The brittle star, as well as most Asteroids have the ability to regenerate limbs after injury and a large number can also reproduce asexually. The answers seem to be related to the general length of telomere in the organisms, telomere are buffers found at the end of a chromosome and they protect the chromosome from deterioration and and from fusion with other chromosome. “Telomere length has frequently been used as an aging marker because telomere caps normally become shorter during an organism’s lifetime, not only primarily during DNA replication but also in association with other factors such as stress.” (Heredity Journal) In this ability to lengthen and in fact regrow these protective buffers through asexual reproduction, the organism can prolong its life significantly. Scientists who have already documented these unique regrowth techniques have also seen the same process occur in some varieties of tape worm, once this process can be completely identified, the next step will certainly be utilizing what it holds in store for human use. Hopefully in this same exchange of life giving and life saving knowledge a deeper understanding of how intricately these companions are connected to us will also be acknowledged and absorbed.