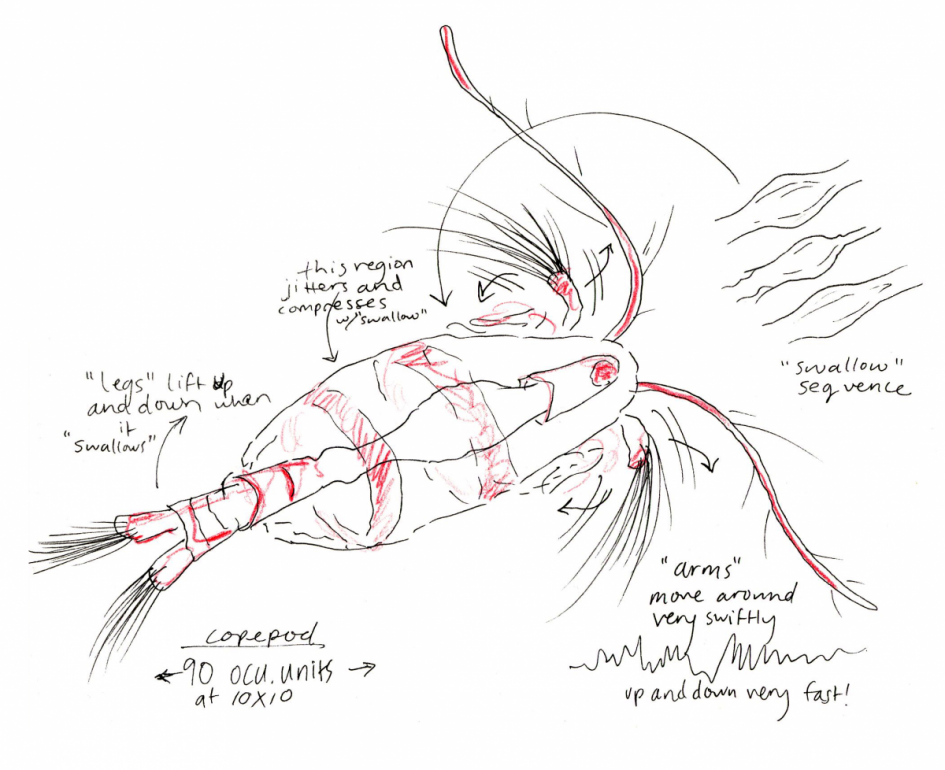 Acartia tonsa is a crustaceous copepod species of zooplankton that thrives in many of the world’s estuaries, where concentrations of its prey (phytoplankton) are high. Acartia tonsa’s success and abundance may also be attributed to its tolerance of a wide range of ocean temperatures (-1 to 32ºC) and salinities (1 ppt to 38 ppt), helping it compete in a variety of estuarine microclimates. Due to this adaptability, Acartia tonsa can become invasive in some regions. 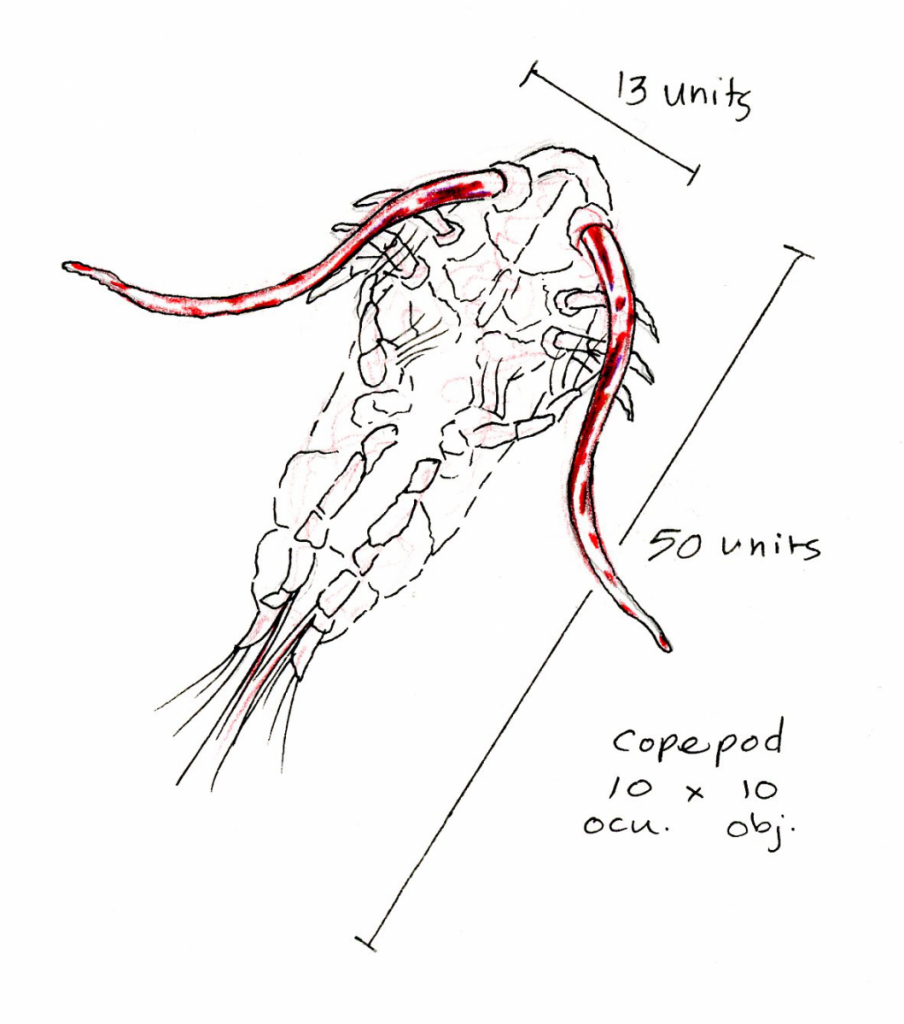 A. tonsa has a translucent body that ranges from 0.5 mm to 1.5 mm in length. It possesses two long antennae that often appear to be filled with a deep red filament. These long antennae are used to distinguish this species from other copepods, as the antennae of A. tonsa extend at least half the length of its full body. This species also has a secondary set of antennae, and a distinguishing joint between their fifth and sixth body segments that other species do not have. Like most copepods, A. tonsa also possesses a single eye that rests in the middle of its translucent head, which in this species appears red in coloration- matching its antennae.

A. tonsa has an excellent efficiency rate of transforming its food into biological energy, and “seems to be very efficient in transforming ingested material into eggs.” This could be another factor contributing to A. tonsa’s abundance in world oceans. (Kiørboe et al., 1985)

As both a predator and prey species, A. tonsa plays an integral role in estuarine ecosystems. This copepod controls phytoplankton populations, regulates nitrogen in a system, and provides necessary food to zooplankton consumers. In light of this dynamic role, A. tonsa is considered a keystone species – meaning that ecosystems can begin to break down when this organism’s abundance is severely reduced. A study of possible effects of global climate change on A. tonsa revealed unpredicted increasing vulnerability of this species to one of its Ctenophore predators. When large seasonal variations in water temperature brought about spikes in Ctenophore populations, A. tonsa’s ability to avoid predation was severely impacted.  “This study demonstrates the complexity of predicting individual species responses to climatic warming, even for species with well-known patterns of seasonal and geographic distribution.” (Sullivan et al., 2007) 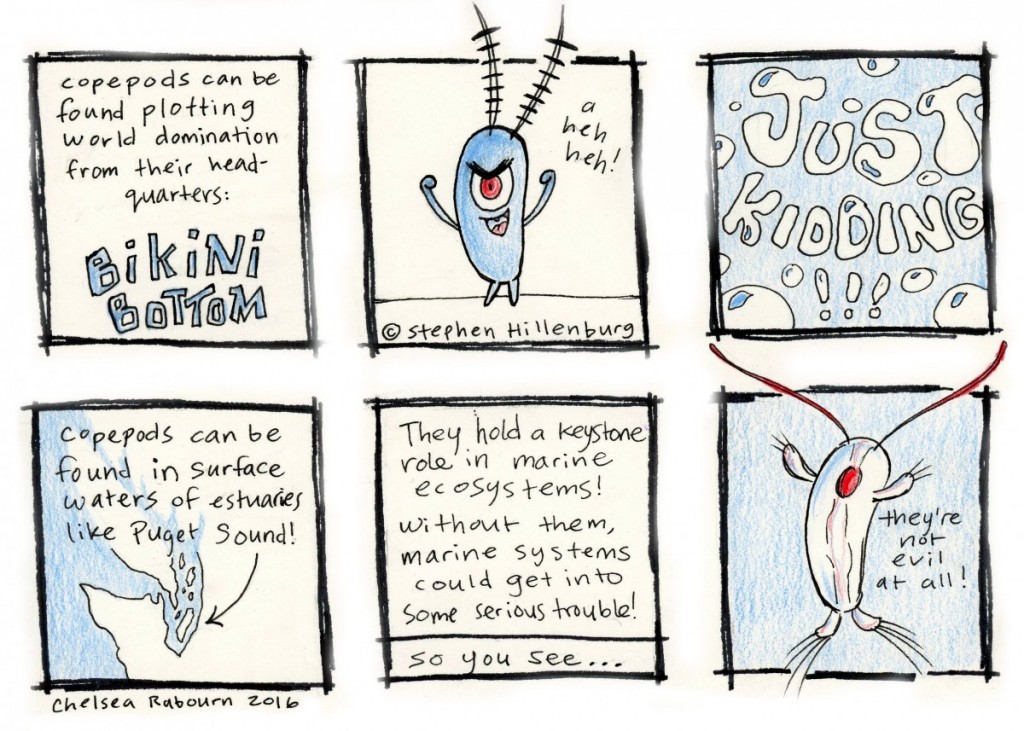