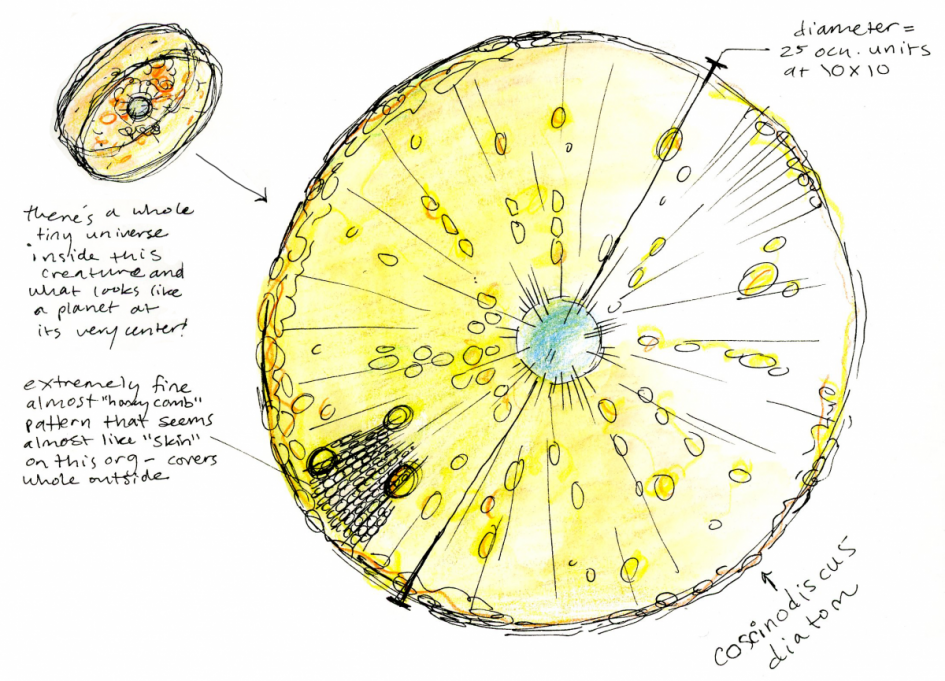 Coscinodiscus are a genus of diatoms. Diatoms are unicellular, photosynthetic phytoplankton whose bodies are made up of silica, or glass. Many diatom bodies manifest in simple geometric shapes, and Coscinodiscus is no different with a body shaped like a squat cylindrical drum. Two disc plates called valves fit together and are secured by connecting bands that create a girdle, forming the drum body. Organelles are distributed throughout this body. At this body’s center is a spherical form, the nucleus. Under the microscope one can observe webs of honeycomb-shaped “netting” that radiates from the nucleus. This distribution of what appears to be netting is an array of pores that cover the valve surface, allowing gases and nutrients to enter Coscinodiscus’ body.

Coscinodiscus wailesii is one of the most thoroughly studied Coscinodiscus species, due to its impact on the English fishing industry. “This non-toxic species is considered a nuisance as it forms dense blooms which produce copious amounts of mucilage and due to its large size it is inedible to most grazing zooplankton.” (Gollasch, 2006) 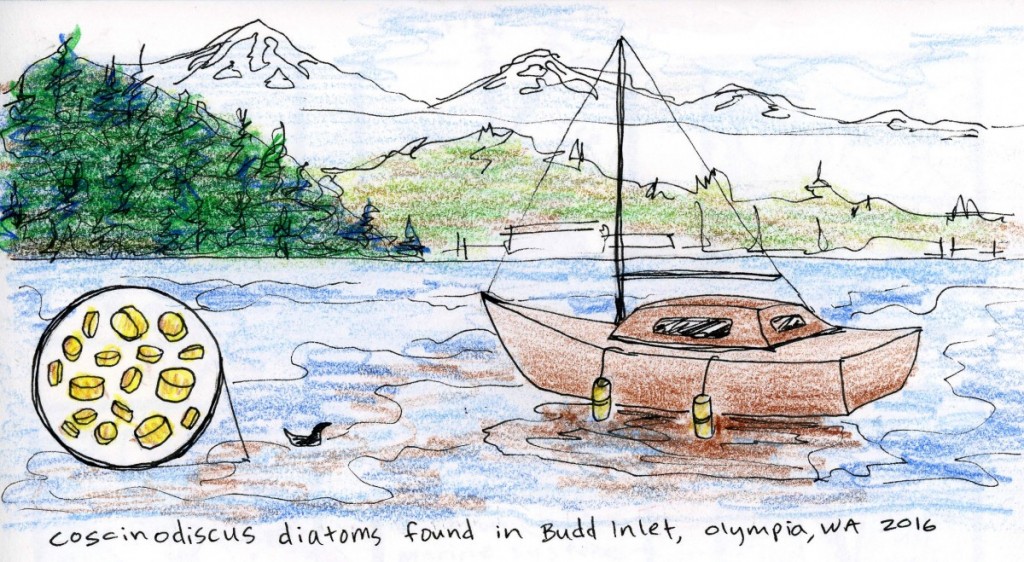 Edwards, M., et al. (2001) “Case history and persistence of the non-indigenous diatom Coscinodiscus wailesii in the north-east Atlantic.” Journal of the Marine Biological Association of the UK 81.02: 207-211.