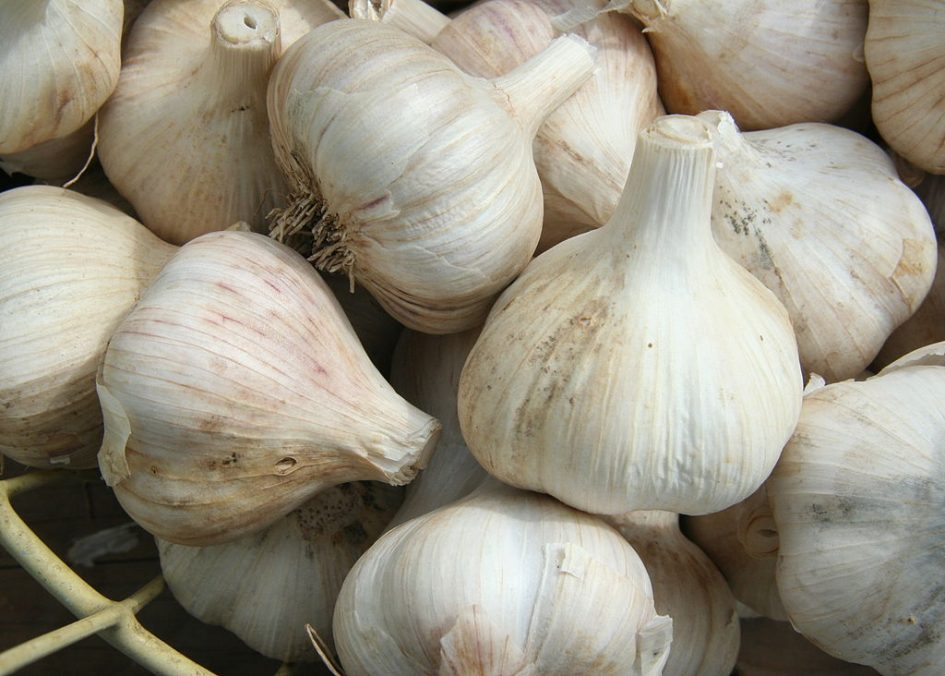 As many of you know, one of the most effective ways to fight vampires is with garlic (Allium sativum). Have you ever wondered why blood-sucking vampires would be so frightened of garlic in the first place? The simplest answer is a chemical called allicin, an oxygenated sulfur compound, that is found throughout the whole plant (Ankri & Mirelman 1999). This is the chemical that not only produces the pungent smell in garlic, but also provides beneficial properties. Although allicin acts as a secondary metabolite, it is actually produced from an amino acid biosynthetic pathway, which functions for primary metabolism. Allicin finds itself inbetween primary and secondary metabolites.

However, whole cloves of garlic won’t help with the vampires. Allicin isn’t produced until wounding of the tissues causes compartments within the cloves to open. These compartments contain different substances that are precursors to allicin: a chemical called alliin and an enzyme called alliin-lyase. When these substances mix, a chemical reaction occurs producing allicin (Curtis et al 2004). Allicin can also degrade quickly (within hours of decompartmentalization). This is a good reason to crush garlic and consume it within a couple hours of crushing; it activates the strong odor, many of the health benefits, and the vampire-repelling properties. To learn more about cooking garlic, read this article.

Garlic gains its own benefits from allicin, providing a defense for vampiric organisms. By releasing allicin when the plant is under attack, by herbivores, pathogens, or parasites, garlic can kill or deter the attacker. A study was done to test this by measuring the microbial life in the soil around the intact plant and comparing these to the life in the soil after juice from crushed garlic was applied. The results showed a drastic drop in microbes after the juice was applied (Curtis et al 2004).

How did garlic become associated with vampire mythology? Much of modern knowledge of vampire mythology comes from the Middle Ages in Europe, although it has existed for longer (Gottlieb 1991). In Slavic cultures, garlic was believed to be effective against demonic forces and was eventually integrated into vampire mythology. It has also been mentioned in Chinese, Mexican, and South American folklore (Melton 1994). 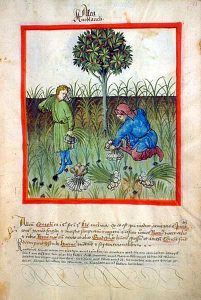 Because many of us are not fighting vampires in our everyday lives, we can take advantage of the other beneficial properties of garlic. In fact, garlic has been used by ancient cultures to fight off dangerous organisms and poor health. Garlic has been utilized for its beneficial properties by ancient Egyptians, Greeks, Romans, Chinese, Japanese, Indians, and Europeans in Medieval and Renaissance times (Rivlin 2001). In many of these cultures, it was believed to give strength and endurance, so it was given to athletes and laborers. It was also used as medicine in many cases for abnormal growths, circulatory ailments, aiding in digestion, as a diuretic, and dealing with parasitic infestations (Rivlin 2001). Find out more about the historical importance of garlic in this video. 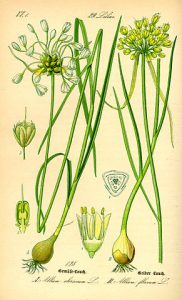 By now, you’re probably considering stocking up on garlic, not only for your own health, but in order to protect yourself from predatory vampires. There is no doubt, garlic has a multitude of benefits.

Rivlin RS. Historical perspective on the use of garlic. The Journal of Nutrition. 2001;131(3).