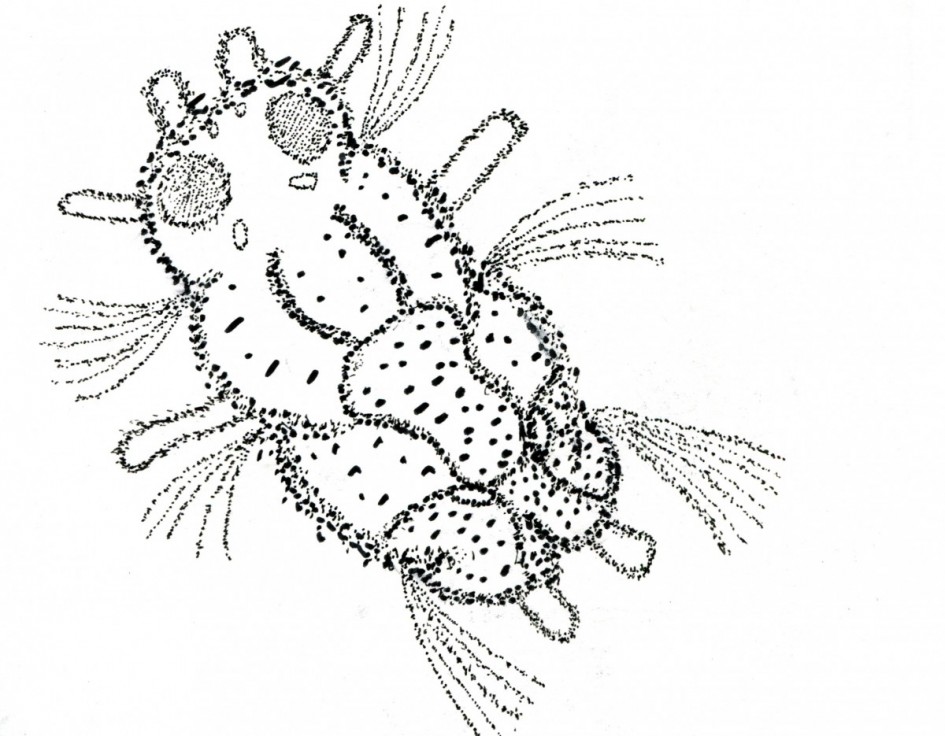 Marine polychaetes are a group of animals that are in the Kingdom Animalia, the Phylum Annelida and the Class Polychaeta. These animals are segmented worms, some of which are capable of movement. Other species of polychaetes or annelid worms are benthic and capture small food particles that sink towards them. These creatures reproduce by spawning vast amounts of tiny eggs which float to the surface of the ocean. There the eggs hatch into microscopic larvae which then feed off of plankton. The larval stage can last for a period of hours, weeks or months depending on the species. (Qian 1999)  Once the larvae have matured sufficiently they wait for chemosensory indicators from other benthic polychaetes and other factors; including microbial films, availability of food and nutrients, habitat and signals from other species. (Qian 1999) These factors determine where Polychaete Larvae choose to settle. (Qian 1999) Once settled, they finish the process of metamorphosis and mature into their adult form. 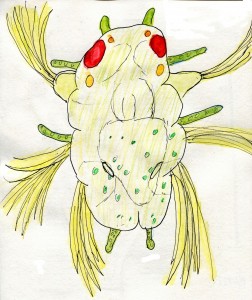 Marine polychaetes that are capable of movement bury themselves in the ocean sediment and behave similarly to terrestrial earth worms. They dig around in the bottoms of the ocean searching for particles of food that have drifted down from the surface. These animals help aerate the soil, which is usually very dense and low in oxygen, making it easier for other benthic and infaunal organisms to breathe.

Some Polychaete larvae mature into Tube Worms. Tube worms form protective shells around themselves, typically through the process of calcification; they use to hide from predators. (Dill 1996) They extend their gills out to catch bits of particles and food in order to capture small particles of food. Since Tube worms are fixed to the ocean floor it is important for them to know when it is safe to extend their gills and when they are required to retreat into their shell. (Dill 1996) When extended they are at risk of having predators eat their gills; Serpula vermicularis has evolved a variety of ways of determining the risk to reward ratio of having its gills extended for a given period of time. (Dill 1996) Serpula vermicularis has been observed to decrease the intervals of extension when food is less abundant. It has been hypothecized that increased organism abundance results in a decrease of oxygen in the water, which either forces Serpula vermicularis to extend its gills more frequently, or indicates that more food is available. (Dill 1996) 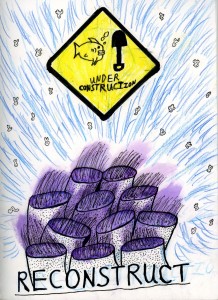 While most Tube worms form their shells through calcification, Phragmatopoma californica is known for forming its tube out of bits of shell and sand and fusing these pieces together foam-like substance as strong as cement.(Stewart 2004) It begins the process of shell formation by collecting available particulate from the water column. If the particles are the correct size then Phragmatopoma californica secretes proteinaceous cement to bind the particles together. (Stewart 2004) Here is a video of the Honey Comb Worm Constructing it’s shell in a laboratory.Through processes of electron microscopy scientist are able to determine that the proteinaceous cement has porous and elastic properties. This is more advantageous for the tube worm, since it allows the structure to absorb more energy before breaking. It also requires the creature to expend less energy when creating the substance. (Stewart 2004)

Frank B. Whitfield, Mellissa Drew, Fay Helidoniotis, 1999. Distribution of Bromophenois in Species of Marine Polychaetes and Bryozoans from Eastern Australia and the Role of Such Animals in the Flavor of Edible Ocean Fish and Prawns (Shrimp). J. Agric. Food Che, 47,4756-4762