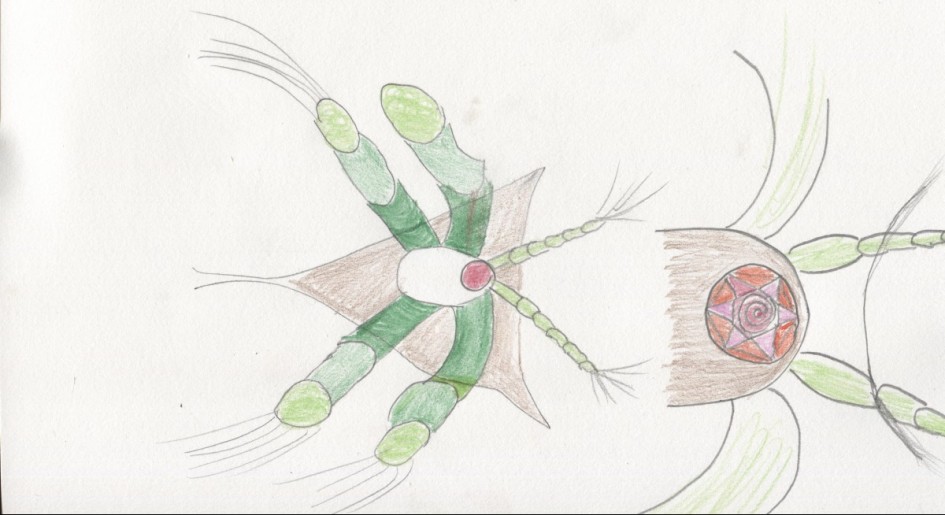 Naupliius is a category, a generalization for crustacean larvae of all types.

Nauplii is a stage in the life cycle of organisms that belong in the kingdom Animalia,  phylum Anthropoda, and Subphylum Crustacea

Nauplii are the first stage in crustacean larvae. Crustacean’s like crabs, barnacles, shrimp, and krill fertilize eggs. If successful, these fertilized eggs of these crustaceans first grow to become nauplii. Which are zooplankton because they drift around and eat detritus. Nauplii go through many molts, each varying in level of metamorphosis until Nauplii cease to be known as such and are instead called post-larval.

Throughout the many metamorphosis’, and especially in the post-larval stages, the species becomes clearly identified. Or at least clearly defined by experts in the field of crustacean taxonomy. That is the beauty of the Nauplii, it represents the primordial fundamental essence of all crustaceans alike, giving credence to evolution, as well as possibly the theory of recapitulation.

The theory of recapitulation is a largely discredited hypothesis that states; while in fetal and larval stages, organisms resemble and grow through evolutionary strides before they reach maturity. For example, during the transition from zygote to embryo to fetus, a human baby changes forms including the growth and loss of a tail. Is it because of our reptilian and aquatic ancestors? Perhaps.

What can be said definitively is that Nauplii thrive in brackish water at an optimum salinity of 15.5 ppt.¹