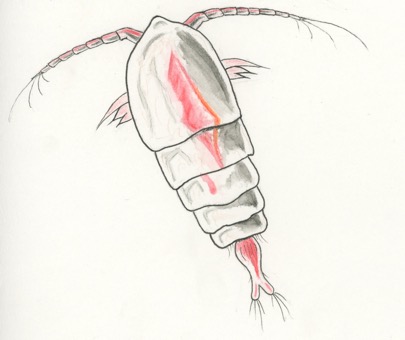 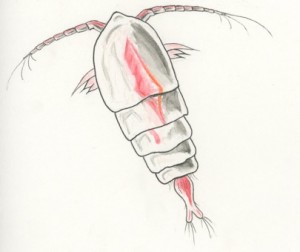 Copepods are tiny crustaceans that generally range in

between 1-5 millimeters long. There are many different

species of these zooplankton and they live in a diverse range of environments. They are the most

abundant metazoans on Earth (Walter, 2016). Generally these organisms have a pill-shaped body and

two long antennae, along with rami on the opposite end. Their bodies are typically segmented into

multiple parts and each organism has a tiny exoskeleton. Copepods are found worldwide in most water

sources, even ones with extreme conditions. Phytoplankton are the copepods primary food source and

their predators are mostly small marine animals like shrimp, krill and fish. Copepods are incredibly 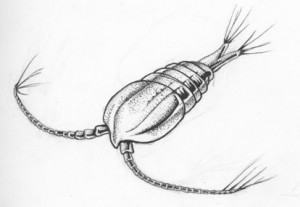