Wheat: The power to rise and collapse civilization 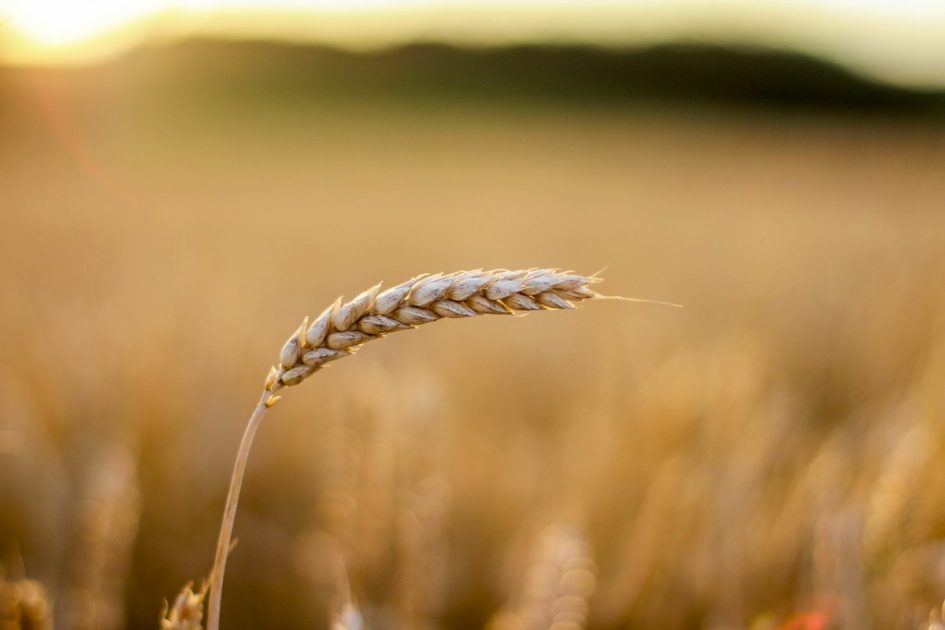 For thousands of years’ wheat has been the fuel for the rise of civilization, but does it also carry the power for the collapse of it?

In the span of evolutionary time, only until recently have humans stopped spending the entirety of their daily caloric intake hunting and foraging, in what is a true animal to earth balance. It was 10,000 BCE in a region called the Fertile Crescent (modern day Iran), developed from emmer and einkorn grasses was the first domesticated food crop, wheat. It’s a common story how plant and animal domestication allowed humans to stay in one place, but did you know it could also be the end of it?

The kernel is the desirable part of the wheat plant, consisting of the bran and germ which after harvest is ground into flour. Botanically the kernel is considered a caryopsis, a small one-seeded dry indehiscent fruit (as of corn or wheat) in which the fruit and seed fuse in a single grain (Onipe er al. 2015). Various 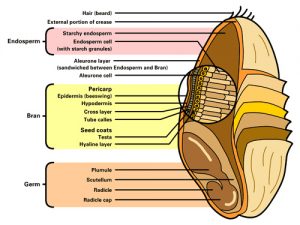 phytochemicals are essential to increased survivability. In the bran of the wheat berries are phenol compounds and they make up 89-95% of dry weight by grain basis, the most abundant compounds in this class is Ferulic acid. Ferulic acid is an anti-oxidant and is considered the building blocks of the plant kingdom. They consist of pectin and lignin which are the cell wall structural components bound by ester bonds that act as the protective barrier for the seed.

The major presence of ferulic acid in wheat berries contributes to the majority of human health benefits from the wheat plant. Therefore, we grind the grain into the flour we’re all used to, breaking through those ester bonds to release all the nutrients stored in the seeds. But first, anybody who has baked bread knows, we must ferment our mixture of flour and water with the presence of yeast. This is an incredibly important step in the conversion of ground wheat and its transformation into nutrition.

Ferulic acid, like most of the phenolic compounds in wholegrain wheat fractions, exists in bound form (approximately 76%), usually bound to arabinoxylans and other indigestible polysaccharides (Liu 2007). Depending on what type of yeast is used and how long the dough ferments, aides in the release of bound phenolics and dictates the nutritional values of this plant. With ester linkages and the overall converted and available exogenous antioxidants in the phenol’s, they provide an important mechanism by which dietary fiber and whole wheat protect against colon cancer and cardiovascular diseases (Liu 2009). At maturity, wheat grain contains 85% carbohydrates, 80% of which are starches. (Shewry & Hey 2015), The nutritional benefit of wheat could be considered responsible for the nourishment, disease preventive and energy (carbohydrates) for humans to build the world as we know it today.

Click here for a better understanding to the wheat fermentation process

Since the domestication of wheat, it continues to dominate the worlds agricultural commodity markets, with an imported volume of 144 million tons, totaling $36 billion in 2010 (Shiferae, Bekele et al. 2013). Wheat could be considered a ‘miracle crop’ in the last century by overcoming famines and saving millions of lives during the green revolution. Wheat is a major food calorie in most of the world and is vitally important to the stability of societies. As history proves, a rise in price typically occurring from production shortages, (due in part to unpredictable weather patterns and environmental disasters) results in certain, societal unrest.

Large commodity agriculture, such as wheat, has drawbacks resulting in huge environmental impact. Wheat is an annual plant, meaning it dies and needs replanted every year. Yearly planting requires yearly tilling and this constant turning of topsoil exposes and kills off most of the soils living organisms. Soil can be considered both a source and a sink of CO2. Tilling for agriculture releases huge plumes of CO2 soil stored carbon, so much in fact agriculture is responsible for 25% of total anthropogenic emission (Sainju 2005). Wheat as a food crop has replaced most of North America’s native grasslands and this has major repercussions to the loss of topsoil. Compared to the original grass species in the “grasslands” of the united states, conventional agricultural wheat doesn’t naturally die off and decompose back into the soil. The natural cycle of growth and decomposition converts atmospheric CO2 into biomass and stores the carbon in the soil, this is a process called carbon sequestration (See link for video on carbon sequestration process). With the shallow roots of the wheat plant, it’s also responsible for soil erosion, water runoff and drought. Once top soil is lost, it takes hundreds to sometimes thousands of years of uninterrupted soil processes to regenerate itself.

Click here to see a short, informative video on the state of soils in the world.