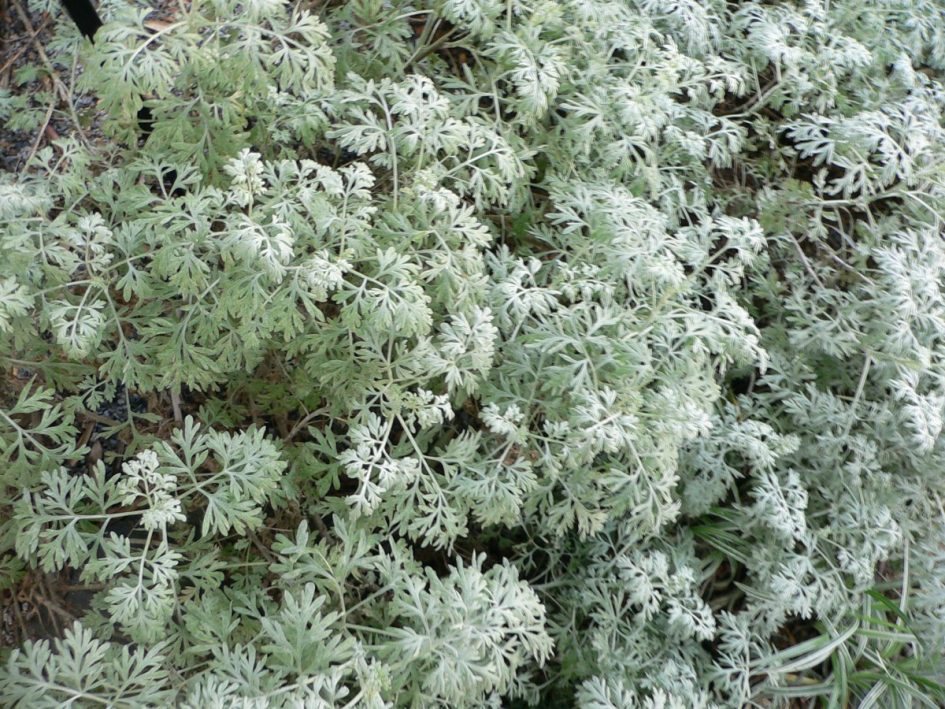 Thujone is a terpene compound present in an infamous and well-used plant, Artemisia absinthium, or Wormwood, a source of medicine, drunkenness, and psychedelic experiences for centuries.

Wormwood has been used globally to treat parasites, cancer, stomach issues, and more. In addition, thousands of people claim that they have experienced hallucinations after drinking Wormwood in a distilled, alcoholic beverage. Despite its history of being consumed, Wormwood does contain a toxic monoterpene, thujone, which can be fatal if ingested in large quantities. So is thujone medicinal, recreational, or dangerous?

In the 18th century, A. absinthium was distilled into a green liquor called absinthe, which became associated with opulence and artistry. ‘The Drink of the Divine’ was consumed by the wealthy and the artistic including Van Gogh and Picasso. The liquor was so popular that 5 o’clock was dubbed “The Green Hour” in parts of Europe, and some had as many as twenty drinks a day, according to BBC. Those who imbibed often behaved erratically, experienced vomiting and convulsions, and lived shorter lives than their peers. Was this the result of prolonged exposure to the thujone in the liquor? Being that this version of absinthe may have been anywhere from 90 to 150 proof, much stronger than other hard alcohols at that time, it is possible that excessive drinking and alcohol poisoning may have caused many of the negative affects. It is also worth noting that modern tests on bottles of absinthe from the 18th century show it contained very little thujone. Is it possible that the chemical had dissipated over the centuries? Or was it never a real threat to drinkers? The truth is not clear and despite this absinthe was banned from the US in 1915, with health officials citing thujone as their main reason for outlawing the product. Today absinthe can once again be purchased domestically, thujone-free. (Lachenmeier 2005). 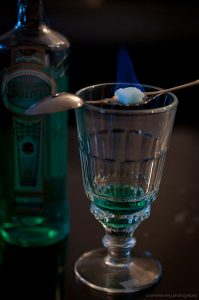 Long before Wormwood was used in liquor, it was used as a medicine for centuries, most notably by the ancient Egyptians. It proved effective in treating intestinal issues including parasites, however even at that time prolonged use of the product was known to cause symptoms to worsen.

In modernity Wormwood oil can be purchased at health food and supplement stores in the US and is used to treat stomach parasites and worm infestations, issues in the gallbladder, and even Crohn’s Disease. The content of dietary supplements is regulated by the FDA, but using different standards than those used for food and beverages. As a result, pregnant women are encouraged to avoid Wormwood oil, for fear of possible exposure to trace amounts of thujone.

Other members of the Artemisia genus, Sagebrush and Tarragon, are used in purification rituals by many indigenous groups across the United States. The plants are dried, and then burned. The smoke from the burning is thought to be purifying, and the ash that results is often smudged over doorways and entryways to guard against the entry of negative entities into spiritual places. (Elpel 1996). Artemisia vulgaris, also known as Mugwort, contains thujone as well and, like it’s relative, has been used for its ability to stimulate changes in the gut. A. vulgaris is known for its ability to cause menstruation and even miscarriage and abortion. 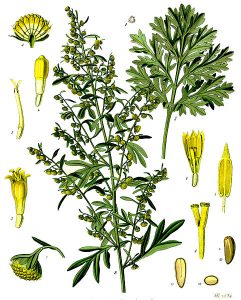 Every tissue of the plant contains thujone, however the stem and leaves are most commonly used to make Wormwood oil, as well as other Wormwood-based medicines. Despite it’s colloquial name, the plant does not grow into a tree, and has no woody parts. Instead, it grows as a small shrub, with long, straight stems. The flowers are pale yellow or white, and the leaves produce a powdery, white trichome, giving them a shiny, silver appearance. This is common for some species from the Asteraceae family, which are often described as having a “gray” vegetation.
Wormwood is a member of the Chamomile Tribe, a group rich in aromatic oils with distinctly pungent scents. Being that thujone is a monoterpene, a volatile, it is at least partially responsible for A. absinthium’s distinct scent. (Elpel 1996). 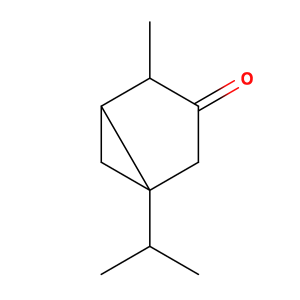 Thujone: A ketone monoterpene, this compound blocks GABA receptors, which are neurotransmitters, making thujone a neurotoxin. The side effects include vomiting and seizures. Thujone content in Wormwood is increased through distillation. (Hold 2000).
Cadinene: A sesquiterpene found in the oil of the entire plant, this compound is a known carcinogen. (Duke 1992).

Thujone and Cadinene are both terpenes present in every tissue of the plant. Thujone specifically is synthesized in the endoplasmic reticulum, a cell organelle involved in protein synthesis. It is toxic, in high doses, to rodents and mammals, however some fruit flies have an immunity to this toxin because they lack the proper neurological receptors, which the thujone acts on. (Hold 2000). This indicates that the toxin likely targets herbivores, rather than pollinating insects. Being that this plant family is known for its olfactory attractants, strong smells that draw in other organisms, it makes sense that Wormwood would also need an herbivory defense mechanism.