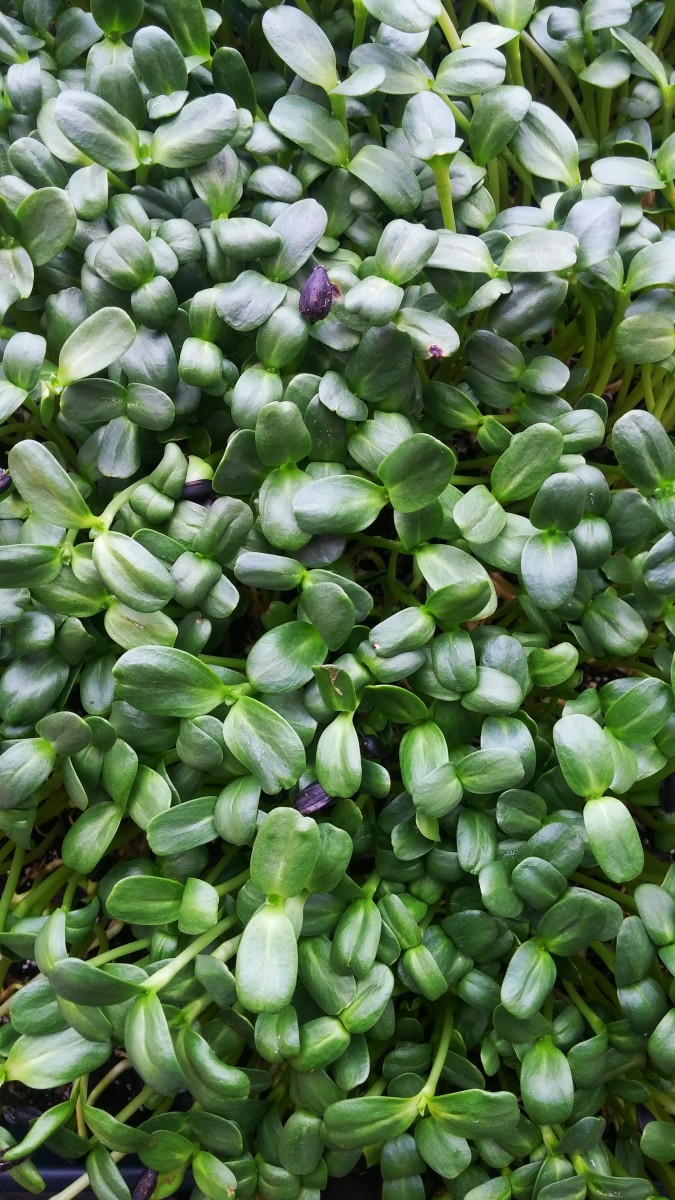 From root to shoot, the benefits and uses of natural compounds contained in, and products derived from the sunflower abound. At all stages of development exists uses and benefits. The seeds are pressed for healthful as well as economically viable oil, young tender shoots and cotyledons are high in protein and can be used for food. The flowers can be used in vibrant dye for textiles and scents for soaps and perfume (Bohm, 2001). The Hopi Indians traditionally derived a deep purple pigment from the seeds. On the opposite end of healthy, the sunflower can produce chemicals that can be toxic to pests, such as camphor which is a terpenoid that can deter herbivory by insects, attack by harmful microbes, and even stunt the growth competing plants (Muhammad, 2014). While being toxic in some regards, camphor also has practical benefits like preventing rust, it’s antimicrobial, and it can be used medicinally. 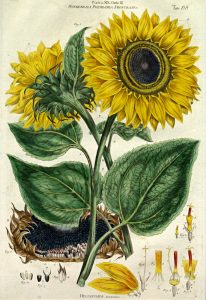 The typical sunflower of the Asteraceae family is generally thought of as being one big flower. However, upon closer inspection you will notice that a sunflower is made up of several to hundreds of smaller flowers within the main “ray florets” that border the head. The flowers you see filling the center of the flower head are referred to as the “disk florets”. It is within these inner florets or flowers that you will find the common anatomical features shared throughout many other flower species (stigmas, anthers, sepals, etc…). It is in these disk florets that  you will find several hundred (and even up to ~2000) seeds can be produced. These features of the sunflower head are a good indication that you’re looking at a member of the asteraceae family.

Fatty acids such as linoleic acid play a very important role in the life of plants. This class of acids are considered lipids, and lipids come in many different forms with many different functions. Such functions include energy storage, cell signaling, and membrane formation. Fatty acids in particular form what is called the lipid bilayer. The bilayer is a structure composed of two (bi) fatty acids connected tail to tail, with the heads of the chains facing either inwards or outwards and the tails associating and forming the inner layer. This bilayer is what makes up the cell membranes in plants.  Lipids are just as important of a constituent to plants as, vital organs are to you or I. Fatty acids are important because they are the most fundamental structures of lipids, providing the basic building blocks for more complex structures such as saccharolipids which are compatible with lipid bilayers meaning they can interact or pass through one another. The cell membrane can be selective of what passes through it due to its composition and arrangement. The lipid bilayer either keeps unwanted substances out or vital substances in. 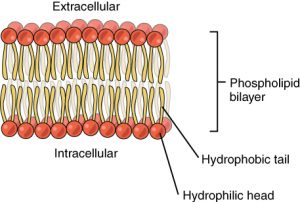 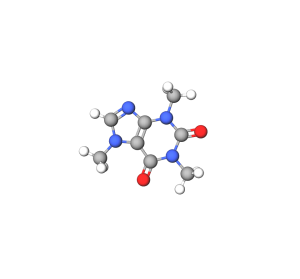 The oils derived from “black oil” varieties or the seeds with solid black husks contain large amounts of oleic and linoleic acid. These lipids are unsaturated fats that can make up 42% of the seeds weight with up to 32 grams out of 100 grams being composed of linoleic acid.(Phillips, 2000) Linoleic acid is classified as an omega-6 essential fatty acid, with essential meaning that humans and animals can’t produce it on their own, so it must be consumed in a well balanced diet (Saleem, 2009). It is a poly unsaturated fat (meaning it has more than one carbon to carbon double bond which is generally found in nuts, seeds, and fish. Polyunsaturated means that there are two or more carbon to carbon double bonds in the chain of carbons that make it up. Unsaturated fats in general have been linked to good cardiovascular health. The oleic acid found in olive oil is believed to reduce blood cholesterol which can translate into good heart health. On the other hand, saturated fatty acids have no double bonds in their chains. Foods that are high in saturated fats include red meat, full fat milk and butter, and some plant based foods such as palm and coconut oil. While they are not necessarily the reason for poor heart health, the potential health benefits associated with unsaturated fats are not associated with their saturated counterparts.

In the grand scheme of things the asteraceae family has been around for a relatively short period of time considering how long the kingdom plantae has been evovling. This family comes in all shapes and sizes, all with unique evolutionary adaptations that have gotten it where it is today. Some members of this family grow in bush/shrub form, singular flower stalks, and some even grow edible tubers. The sunflower was the muse of Van Gogh in his sunflower series and was regarded as the fourth sister in native american culture. For not being around as long as other families, this group has managed to make a lasting impression on culture and society.