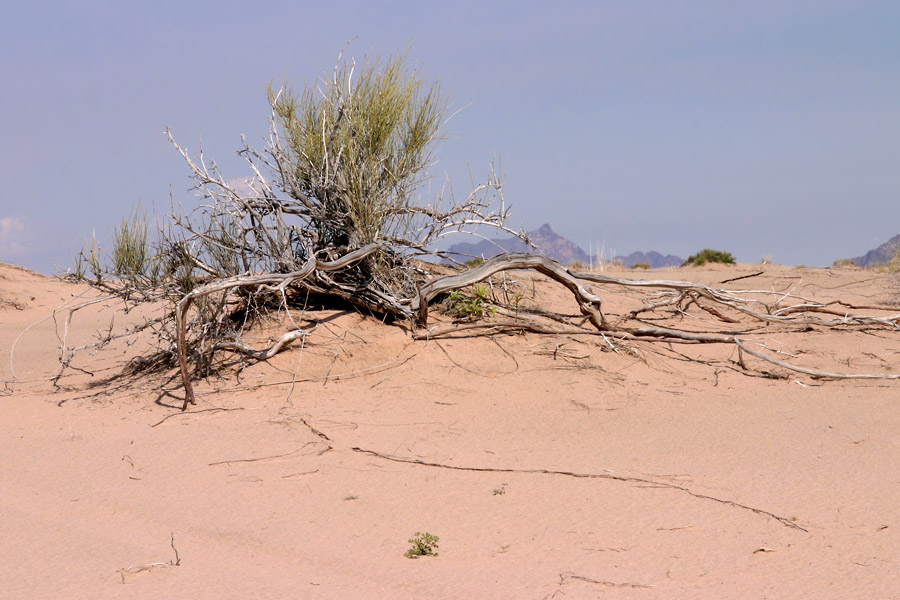 I often encountered Ephedra fasciculata which is listed as vulnerable in the IUCN threatened species list in the deserts of the Southwest, and heard stories passed down by my grandparents about how people used it traditionally for medicine and as a bold tea. I was also reminded not to harvest the plant due to it being threatened. Under normal circumstances as a child I would have done as told, however I encountered a plant that had been violently twisted and torn out of the ground and I collected a handful of branches to brew a wild harvested tea myself. The flavor of an infusion made with the stems of Ephedra is somewhat bitter, and the body of it resembles that which I can only think of comparing to a smoky bitter pine needle that lacks the majority of its aroma and potency. The flavor when mixed with cream and sugar mellows dramatically, I can understand how it became a popular substitute for a traditional tea drinker.

Interestingly though, new world Ephedra completely lacks the tannins you would taste from the tea plant Camellia sinensis. “The infusions made from the stems of species in the Southwest United States is likely a result of their proanthocyanidin content. The water soluble tannins found in many woody angiosperms appear to be missing from Ephedras” (Caveney et al 2001). I have also encountered claims that infusions made from Ephedra stems that grow in the mojave contain alkaloids that can “get you high” when in fact I have found no evidence supporting this. Unlike the potent old world Ephedra sinica which is the biological precursor for the alkaloidal drugs ephedrine and pseudoephedrine, new world species completely lack alkaloidal phytochemicals. It seems that some people have demonized Ephedra species due to falsely believing they all contain ephedrine, and have some relationship to the clandestine manufacturing of methamphetamine, when in fact this concept is also completely unfounded due to new world species completely lacking alkaloids and amphetamine being synthesized from pharmaceuticals more commonly.

The shrub like Ephedra fasciculata is native to the Mojave desert of Arizona, California, Nevada, and Utah. It grows on dry rocky slopes, washes, and sandy areas from 300-1200 metres in elevation. Ephedras are commonly referred to as Joint-fir, Indian Tea, Mexican Tea, or Mormon Tea. 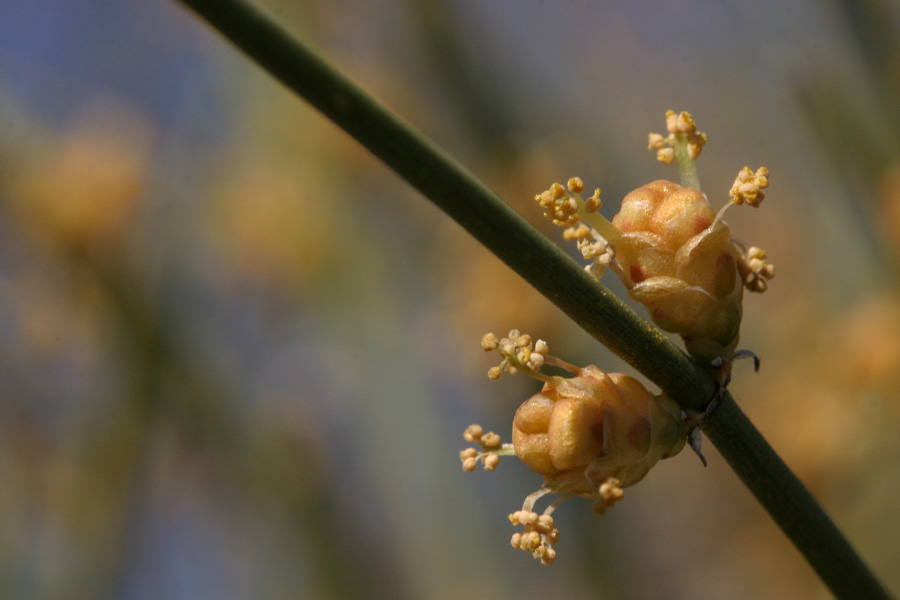 Ephedras in the new world are often thought to be leafless initially, but they actually have very small scale like deciduous leaves that can be easily overlooked by the naked eye, they are only about 3-5 millimetres wide. Ephedra fasciculata most often grows up to 1.25 metres tall sometimes several more metres with ideal growing conditions. Ephedras have photosynthetic smooth green-yellow branches that are adjoined to a stem with cracked and grooved grey bark. The extensive skeletal gray and brown roots provide substantial erosional control but are often exposed as dunes of sand blow away.

Ephedra stems are often foraged by desert bighorn sheep, pronghorn, and various domesticated livestock. They have also been broadly used in ethnobotany in the Americas in many ways throughout history. The Cahuilla of inland Southern California call it “tut tut” and used the twigs fresh or dry for a popular beverage, the seeds were also consumed after being ground as a mush. The Tohono O’odham Nation of the Sonoran Desert used the twigs in a tea as well. The Timbisha who have occupied the Panamint Valley and Death Valley used the seeds ground as a flour for bitter cakes. (J. Spottedbird 2000).

Ephedras have evolved in various ways to deal with inhabiting their niche in desert biomes including biosynthesis of phytochemicals that are being researched for their roles in neurodegenerative diseases like schizophrenia, parkinson’s, and dementia. New world Ephedras have a divergent evolution from old world or Eastern hemisphere species and have not been shown to contain any alkaloids. Although new world Ephedras lack alkaloids, they can contain kynurenic acid (KYNA). The similarity of KYNA and alkaloidal phytochemical distribution in Ephedra stems suggests that they play similar roles. These compounds likely protect plants that accumulate them from UV radiation and may act as deterrents to herbivores (Caveney et al 2001) 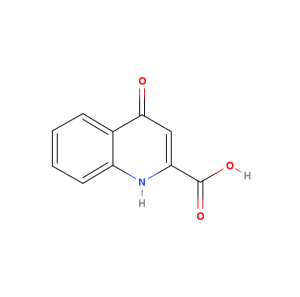 Kynurenic acid a non-protein amino acid is not unique to Ephedra, it occurs in many plant and animal species in varying amounts. It is currently being researched for its effects on the nervous system receptors, and gastrointestinal tracts of mammals. It’s worth mentioning KYNA has limited ability to pass the blood brain barrier but can be synthesized in the brain through the kynurenine pathway from tryptophan. It occurs in various concentrations along the digestive tract and may have effects on ulcers and colitis (Turski et al 2015). Research into the role of KYNA in human physiology is ongoing but it likely plays various roles in digestion and certain brain functions.

Micromorphology of the Seed Envelope of Ephedra L. (Gnetales) and Its Relevance for the Timing of Evolutionary Events, Stefanie M. Ickert-Bond and Catarina Rydin, International Journal of Plant Sciences, Vol 172, No. 1 (January 2011), pp. 36-48