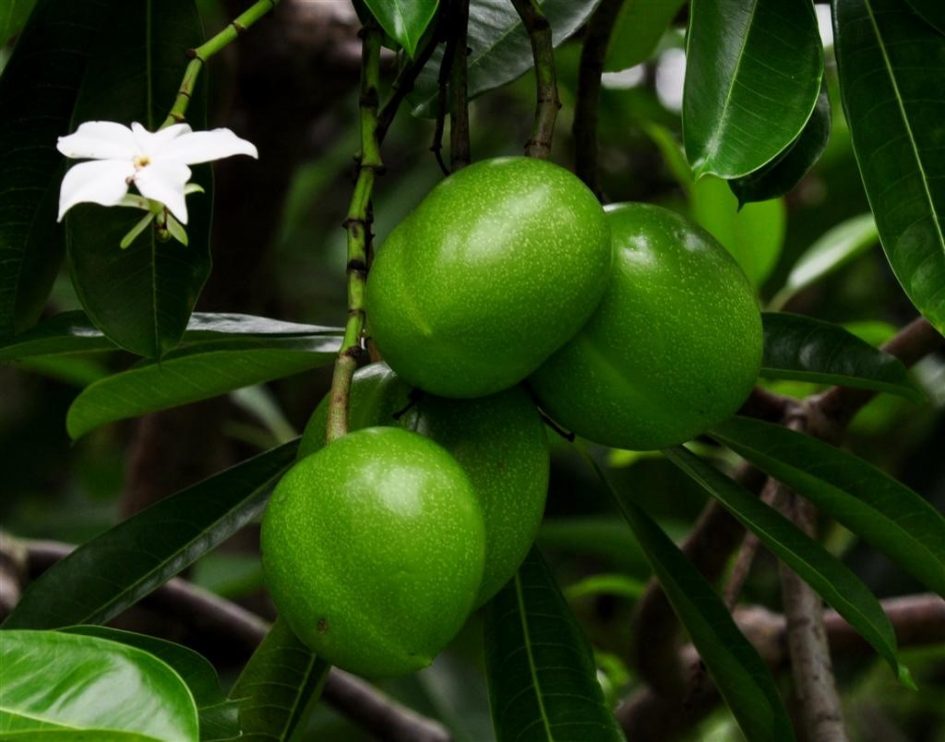 A 51-year-old woman, with a history of drug overdose, suicide attempts and depression was admitted to the ER complaining of nausea, diarrhea, vomiting, and chest tightness. She had a heart rate of 30 beats per minute, well below the national average of 60-100 beats per minute [American Heart Association., et al 2015].  Her serum potassium and calcium levels were 7.5 mmol/L and 10.9 mmol/L respectively, which are well above what would be expected in a healthy human being [Kassop., et al 2013]. Doctors were baffled as to what was causing this women’s condition. Until she eventually admitted to consuming Cerbera odollam seeds.

Cerbera odollam is known as “The Suicide Tree” because of its high concentration of cerberin. Cerberin is a glycoside that is fatal when ingested by humans [Gaillard., et al 2004]. This tree is found only in India and a few other parts of Asia [Stewart., 2009]. In Kerala, India this tree is a commonly used method of suicide, partially due to its accessibility and also because only a small dose from the seed is required for fatality. In the United States, however, this type of poisoning is rare, so rare in fact that there has only been one documented case [Kassop., et al 2013 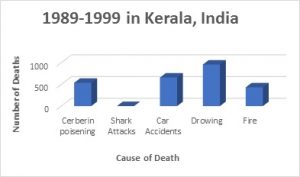 Cerbera odollam is in the Apocynaceae family; other plants in this family include yellow oleander, and common oleanders (Thevetia peruviana and Thevetia nerifolia). Oleander is another notoriously toxic plant, so you could say it runs in the family [Gaillard., et al 2004]. A ten-year study was conducted in Kerala to determine just how many deaths this plant caused, from 1989-1999 Cerberin poisoning took the lives of 537 people. That’s a large death toll for a plant, or anything really. How can such an innocuous plant wreak so much havoc? The answer is in the cerberin-containing seeds.

Cerberin is a cardiac glycoside [Gaillard., et al 2004] that works by binding to Na+/K+-ATPase pump or the sodium/potassium pump. This pump transports potassium into the cell and moves sodium out, this is a necessary function of our bodies to regulate the action potentials of nerves and

muscles [Gaillard., et al 2004]. When the cerberin binds, it blocks this pathway and leads to a buildup of extracellular potassium, and intracellular calcium [Laphookhieo., et al 2004]. The buildup of potassium causes hyperkalemia which decreases the functionality of the nerves and muscles in your heart making the heart slow down [Kassop., et al 2013]. Cerberin is also known to cause vomiting and diarrhea while attacking your heart – so all in all its not a fun way to go. Why does the plant make such a toxic compound anyways? The toxin itself is well known and has been found in over 500 plant species and 12 different plant families. The ecological function it serves however is still relatively unclear, some research indicates that it may be an herbivory deterrent [Agrawal., et al 2012].

Due to its toxicity to mammals, and its coastal location, it was thought that this tree utilized the water for seed dispersal. There were no known seed dispersers to the tree until it was observed in 2004 that the non-native cockatoo  Tanimbar corella was seen eating the fruit of Cerbera odollam. This bird was driven from its native habitat in Indonesia due to deforestation and has created an ecological niche for itself with the toxic tree. The cerberin in the seeds does not seem to have a poisonous effect on the bird, and for now the symbiotic relationship seems to be intact [Mei Lin Neo., 2012].

Prior to the suicidal Maryland women there was little to no knowledge of this tree, or its toxic compounds. Cerbera odollam has more than earned its right to be called the “Suicide Tree” with its death toll surpassing shark attacks, and rivaling car accidents. No other tree can claim that kind of impact on human lives. 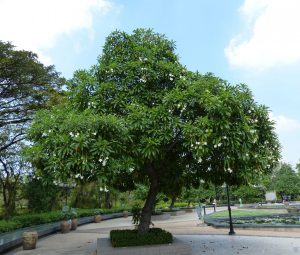