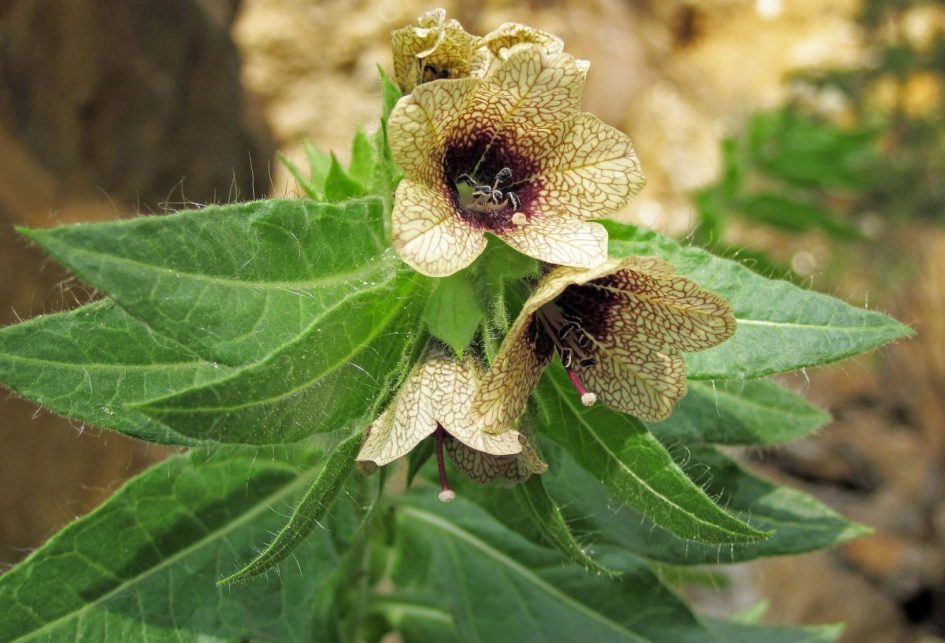 Hyoscyamus niger, known commonly as henbane, is a plant whose multifaceted nature has a long history of use in Europe.

“My teeth were clenched and a dizzy rage took possession of me…I was permeated by a peculiar sense of well-being connected with the crazy sensation that my feet were growing lighter, expanding and breaking loose from my body. Each part of my body seemed to be going off on its own, and I was seized with the fear that I was falling apart. At the same time, I experienced an intoxicating sensation of flying…I soared where my hallucinations—the clouds, the lowering sky, herds of beasts, falling leaves…billowing streamers of steam and rivers of molten metal—were swirling along.”

In 1966, the German writer Gustav Schenk wrote the above after experiencing a hallucination from breathing in the smoke of burning henbane seeds (Mann 2000). Henbane is a toxic plant that has an interesting caveat: different doses of the plant extracts can produce wildly different results in the human body.

One of these results is an hallucinatory experience, as Gustav Schenk can attest to. All parts of henbane–roots, leaves, seeds, flowers–contain alkaloids (Alizadeh et al. 2014). Alkaloids are nitrogen-containing chemicals that some plants produce to defend themselves from herbivores (Lambers et al. 2008). Henbane is a powerhouse of them: 34 alkaloids have been discovered in the plant (Alizadeh et al. 2014). The alkaloids in henbane that scientists understand the most are hyoscine, hyoscyamine, and atropine (see figures for chemical structures) (Alizadeh et al. 2014). They have been shown to depress the central and peripheral nervous systems in humans by interfering with neuron receptors (Alizadeh et al. 2014). This interference leads to such side-effects as hallucinations, lethargy, and delirium (Alizadeh et al. 2014). Historically in Europe (where henbane is native), these side-effects were used in the mystical aspects of religious ceremonies. Priestesses of the Delphic oracle in ancient Greece breathed in the smoke of burning henbane to become soothsayers (Mann 2000). In the Middle Ages, henbane was associated with witchcraft (Mann 2000). During this time, it was discovered that the extracts of henbane could be easily absorbed through the skin if they were mixed with fat (Mann 2000). Higher doses could be administered because the extracts did not go through the gut, significantly reducing the risk of poisoning (Mann 2000). Andres Laguna, a physician to Pope Julius III, in 1545 wrote about the hallucinogenic salves that were made:

“…a jar half-filled with a certain green unguent…with which they were anointing themselves…was composed of herbs…which are hemlock, nightshade, henbane, and mandrake” (Mann 2000).

These salves were applied to where the skin was thin, such as the rectum, vagina, or armpits (Paulsen 2010). Vivid episodes of flying or falling characterized the hallucinations (Mann 2000). The folklore of witches flying is believed to have originated from this aspect (Mann 2000). There are accounts in Norway that these hallucinating women were considered sorcerers and were burned at the stake (Paulsen 2010). For a heavily dramatic retelling of henbane’s role in witchcraft (and volunteers consuming henbane!), view the 1998 British television documentary here. 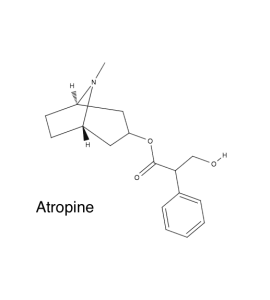 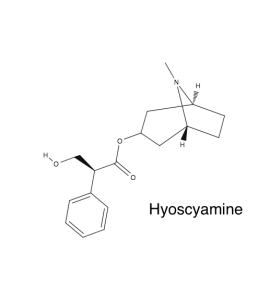 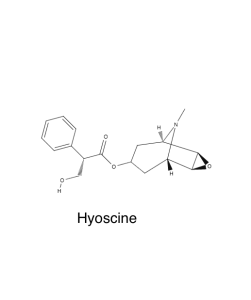 Overdoses of henbane can cause the second type of “side-effect”: immediate death. The alkaloids in the plant can overstimulate the central nervous system, leading to convulsions, manic episodes, heart arrhythmia, apnea, and coma (Alizadeh et al. 2014). The seizure-like death is ghastly and painful. One account reports that Cleopatra was considering using henbane as a method of suicide, but was aghast at how it killed her servants (they were unfortunately her test subjects) (Mann 2000). In the end, she opted for asp’s venom (Mann 2000). These overdoses are relatively easy to achieve: four flowers of henbane consumed by a small child are enough to induce severe symptoms (Alizadeh et al. 2014).

The fascinating aspect of henbane is that, despite all of the above, the plant has been long prized for its medicinal properties and is seen today by the medical community as a very important source of new drugs. This is the odd nature of henbane: in low doses it can be very beneficial. The ancient Greeks and Romans prized henbane for its soporific, sedative, and analgesic qualities, and doctors of the time prescribed the plant commonly (Ramoutsaki et al. 2002). The Roman Dioscorides (CE 77) listed henbane for pain relief in his famous herbal De Materia Medica (Mann 2000). Audacious doctors of the time discovered that the anaesthetic properties of henbane were greatly increased by mixing the plant with opium (Ramoutsaki et al. 2002). One Byzantine writer specified ingesting the skin of the fish narki that had been smeared with the ground paste of opium and henbane to relieve ear inflammation (Ramoutsaki et al. 2002).  As one can imagine, the dose of henbane administered in the above manner is hard to control. Accidental intoxications were common at the time (Alizadeh et al. 2014). 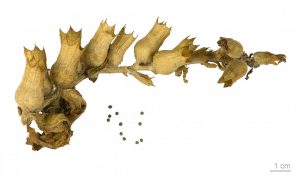 Dried seeds and flowers of H. niger. Photo by Roger Culos (Own work), via Wikimedia Commons

Very precise and pure doses of henbane extracts are used in modern medicine. Extracts from the seeds can be used to dilate the bronchi of individuals with respiratory disorders or to relax overactive urinary bladders (Gilani et al. 2008). The commercial drug Transderm Scop uses the alkaloid hyoscine derived from henbane to treat motion sickness (Alizadeh et al. 2014). Henbane is even used for treating Parkinson’s disease in Ayurveda (Sengupta et al. 2011). A recent study supported this by showing that methanol extracts from the seeds of henbane reduced seizures, body rigidity, and loss of voluntary movement in mice by preventing the generation of the free radical OH in the mitochondria of the mice’s cells. (Sengupta et al. 2011). These three broad outcomes from using henbane–hallucinations, death, and medicine–are ironically antithetical and merely functions of the levels of dosage, making henbane a fascinating wonder of a plant.