The Algae of the Evergreen Beach 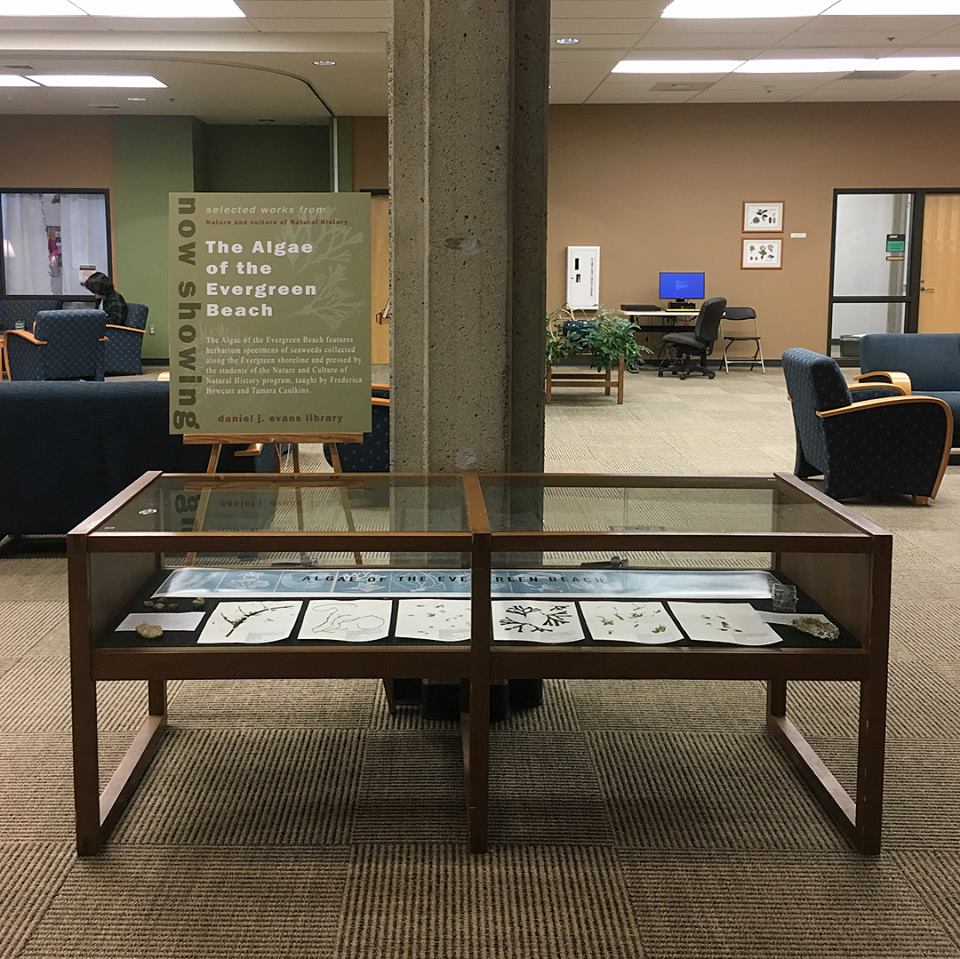 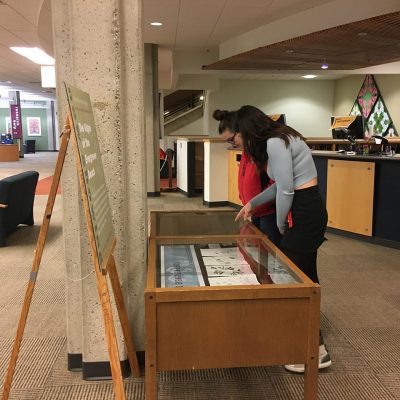 The Algae of the Evergreen Beach features herbarium specimens of seaweeds collected along the shoreline and pressed by the students in the two-quarter program, The Nature and Culture of Natural History.The program focused in fall 2017 and winter 2018 on the historically complex and often problematic binary of nature and culture so common in colonial botany. The program was taught by botanist Frederica Bowcutt and historian of science Tamara Caulkins. As a part of the study of local history, the learning community studied and collected algae growing on the shoreline of Evergreen’s 1000 acres with phycologist Tom Mumford on February 16, 2018. Dr. Mumford teaches phycology at the Friday Harbor Laboratory on San Juan Island, which is operated by the University of Washington. There are roughly 650 species of algae in Washington, which are classified into several major groups including brown, red, and green algae. At least 25 species can be found at the Evergreen beach.