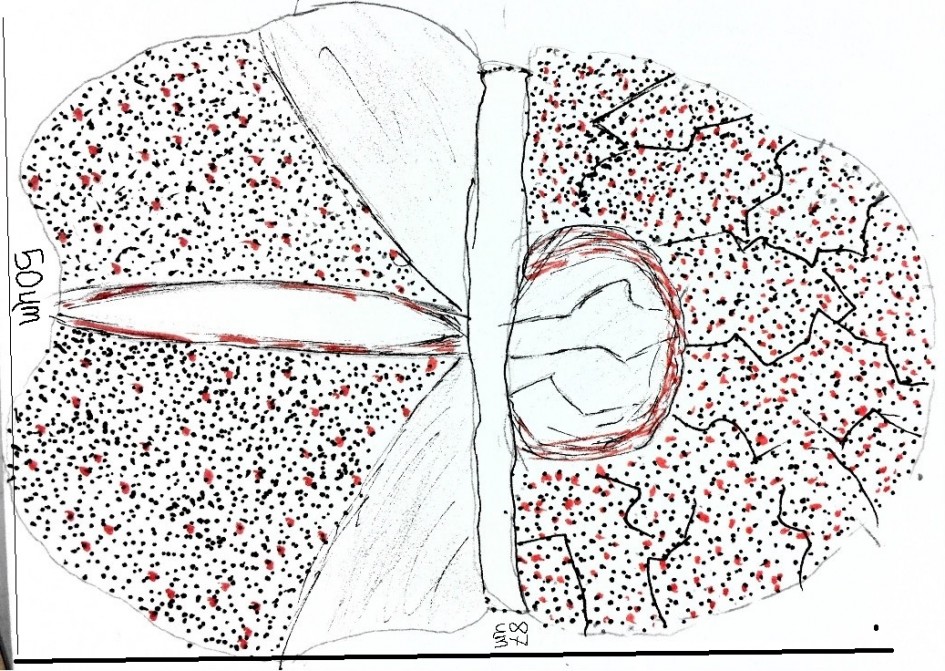 Akashiwo sanguinea or Gymnodinium sanguineum is an armored dinoflagellate species. Most commonly found in estuarine and coastal waters, this planktonic species is known for being a red tide former and causing heightened fish and shellfish kills. Red tides formed by Akashiwo Sanguinea have been found on the coasts of Japan, Australia, New Zealand, and the Gulf of California. It was also partially responsible for a large seabird mortality across 14 different species of bird in California in 2007 as well as on the Oregon and Washington coast in 2009. A. sanguinea kills the birds by coating their feathers in a material that causes them to not be able to repel water which will drown them.

Akashiwo Sanguinea has a diurnal vertical migration pattern. It has been found to move towards the sun and in experiments, toward any light source. It can move through a very large gradient of temperatures.

Akashiwo Sanguinea symbolize human nature by its ability to come together. This dinofflagellate is microscopic yet we see huge sections of water deep red, filled with them. They come together to kill off birds, clams, and other shell fish. They are

an army, ready to fight to protect themselves. Although also like humans, when they are killing off the inhabitants of their environment they are destroying what they need to live off of; just as humans are doing to earth and to its people.

This animation shows the akashiwo sanguinea making the red tides. It creates an abstract idea that the red tides come out of the dinoflagellate like a trail of blood, although that is not how red tides are actually created.