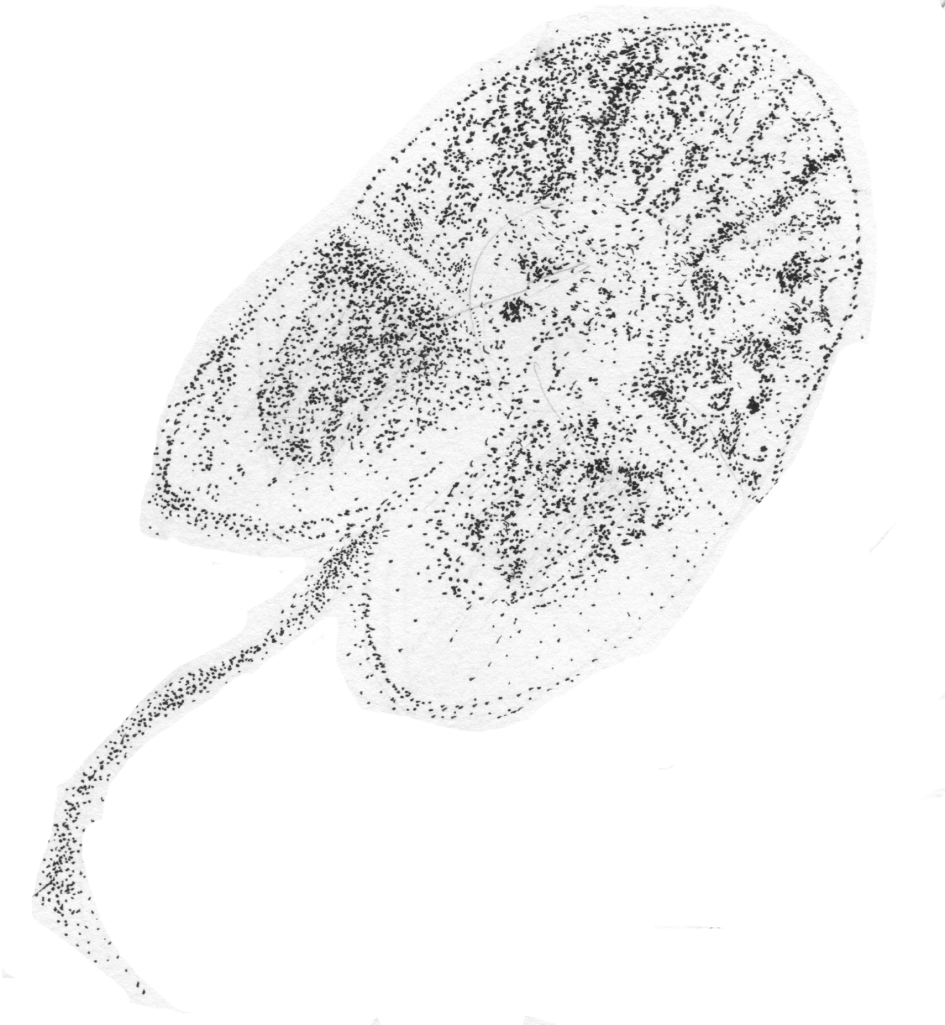 The Akashiwo sanguinea lives as single cells and are shell-less.(Smithsonian) They have an epicone which is slightly rounded, the hypocone possesses two prominent posterior lobes. They have a large number of yellow or brown chloroplasts that radiate from the cell center with a nucleus in the middle that is distinguishable by appearing as a clear area. They possess a trailing flagellum, which can often be longer than the cell itself.Their patterns of movement tend to be very consistent, constantly moving utilizing their flagellum to maneuver themselves within the water column.

This cell is found around the world in temperate and tropical waters. It is almost always found at coastal and estuarine locations. We found plenty of them in Budd Inlet, it was rare to get a sample that did not contain one of these organisms. A. sanguinea is primarily photosynthetic but can feed on ciliate protozooplankton if necessary. The normal means of reproduction is asexual cell division. The organism is also susceptible to parasitic dinoflagellates like, Amoebophyra, which infect species using several host-specific parasites, and an epidemic outbreak can facilitate the decline red tides by diminishing the population of A. sanguinea (Johansson). Interestingly, natural grazing by ciliate microzooplankton controls the Amoebophyra, as they ingest the infective dinospores, and thus in turn indirectly effect the occurrence of red tides. Akashiwo sanguinea are generally not considered toxic, blooms of this plankton cause the phenomena of red tides, the density of these organisms in the water in such quantities make the waters appear reddish (Cho). However, widespread seabird mortality has largely coincided with the appearance of red tides (Jessup). The dead birds had slimy yellow-green material on their feathers and were severely hypothermic. The proteins derived from the organic matter of the red tide coated their feathers and neutralized the natural water repellency and insulation of the bird. Red tides can also cause large scale mortalities of finfish and shellfish. Red tides are suspected to becoming more common in frequency due to coastal eutrophication (Cloern).

The effects of mass blooms of Akashiwo sanguinea