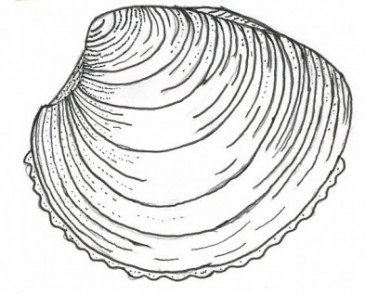 Venerupis philippinarum, commonly called Japanese littleneck clams, are bivalves similar in size and physical appearance as the native littleneck clams Leukoma staminea. Japanese littlenecks have two outer shells (valves) connected by a hinge, with internal ligaments used to open and close the shells.They have an oblong shell with a slightly higher length to width ratio than the native species. The shells of Venerupis philippinarum have concentric rings across the surface with ridges radiating across the rings and outward to the edges of the shell. The inside of the shell is smooth. Japanese littlenecks can grow to 3-4 inches in length as mature adults. All clam species contain internal organs that make up the body inside the protective shell. Internal structures include a heart, stomach, gonads, kidney, intestines, mouth, abductor muscles, and gills to aid in respiratory function (Shean, 2011).

Japanese littleneck clams are dioecious – there are male and female individuals, each producing either egg or sperm. Individuals become sexually mature in the first to third year of age. This can vary depending on location and size of shell. In Hood Canal, Puget Sound, WA., research has shown that clams are sexually mature when shell length is 5-10 mm. However, most individuals do not spawn until shell length is at least 20 mm (Holland and Chew, 1974).

Trocephore, planktonic larva a roughly spherical body, a band of cilia, and a spinning motion.

Clams are “broadcast” spawners. They release eggs and sperm into the water column and let nature take their course.

As broadcast spawners, clams generate high numbers of gametes that are released once an individual is sexually mature. High fecundity increases the chances for large numbers of larvae and overall recruitment for the population. Reports indicate Japanese littleneck clam fecundity ranges from 4.32105 eggs to 2.35106 eggs depending on shell length (Yap, 1977).

Veliger develop many of the characteristic features of the adult clam.

The concern for the Puget Sound that has been raised in the last decade are the increase of harmful algal blooms that have impacts on shellfish harvest. The south Puget Sound has a high eutrophication symptoms and are getting worse due to increasing human population pressure in the coastal areas. We are going to see decrease in eutrophication symptoms because we want to protect and enhance our resources so that we can limit the nutrient loading from local population watershed to the bay areas. Looking at the commitment for environmental stewardship will help with promoting clean water also increasing job opportunities for industries and citizens around Puget Sound (Camille & Joao, et al., 2014). 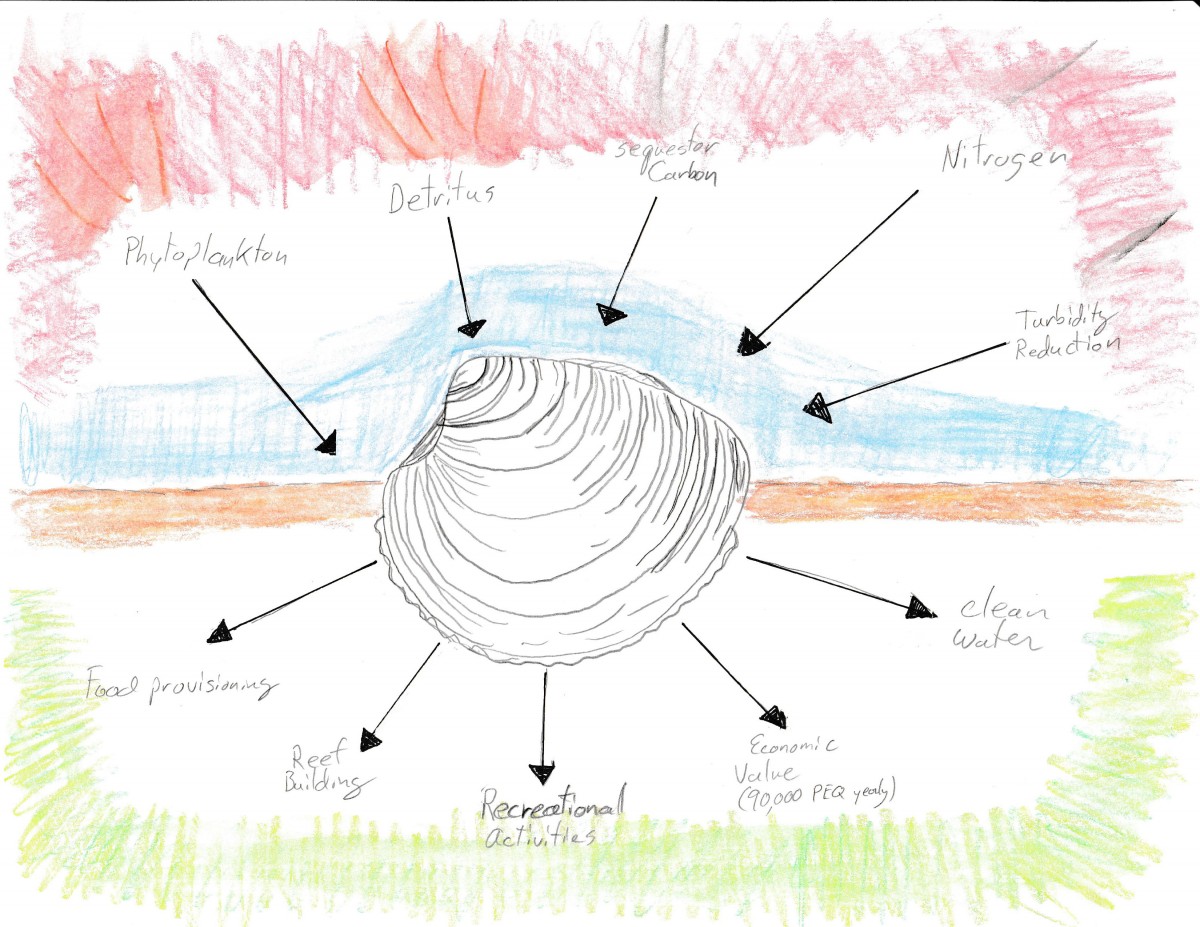 The things that I learned or understood about my research that one Manila clam during its culture cycle clears almost 29 m³ of water and removes over 1 g of nitrogen, more than 4% of the live weight produced. That a simple clam could also produce so much revenue in fact we can place a price on the Manila clam and how it can be important to the human society. In the US, Manila clam produces a potential nutrient credit trading value of US $41,000per year over 1,000 Population-Equivalents and that a potential income would add 21% to the annual profit ($194,900) from clam sales. So placing a price on environmental restoration can be possible (Camille & Joao, et al., 2014). How do I represent symbolically for humans in the 21st Century about a Venerupis philippinarum (Manila Clam).I express my feelings symbolically out loud by saying “HAPPY AS A CLAM”. When you look at a clam they always have a smile on their shell and they seem to be patient and tender.