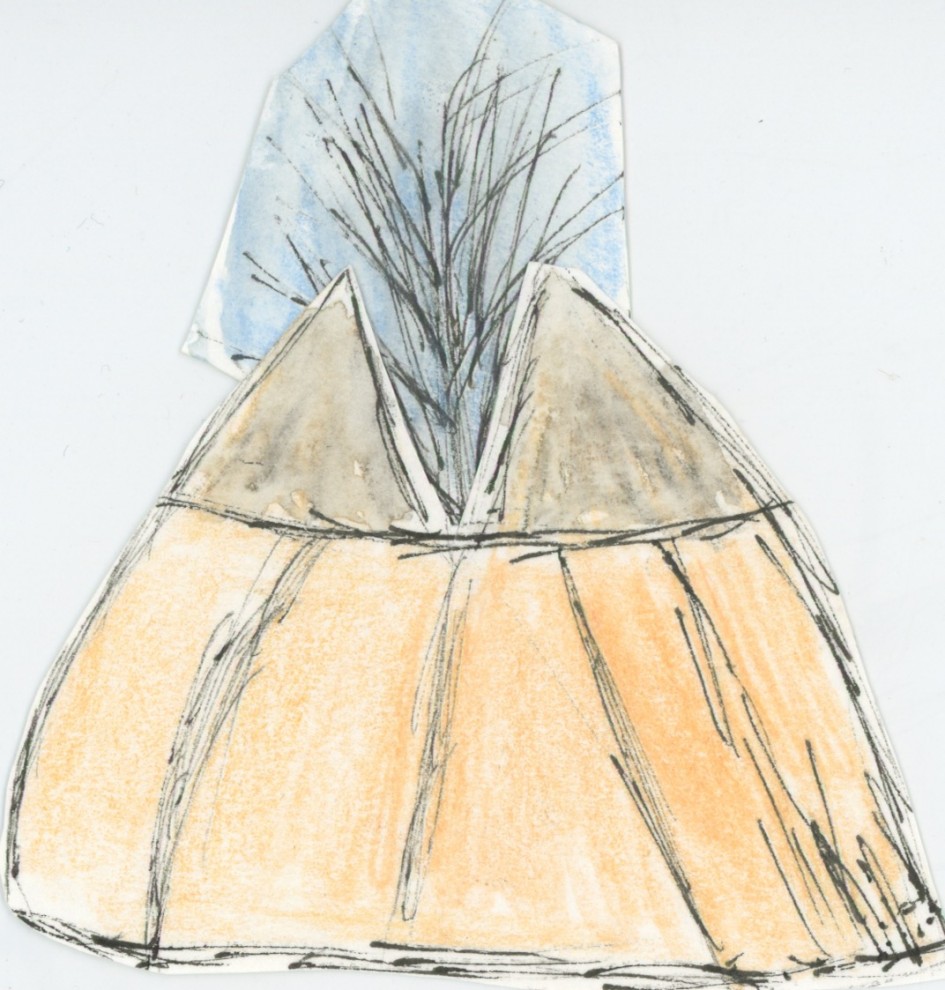 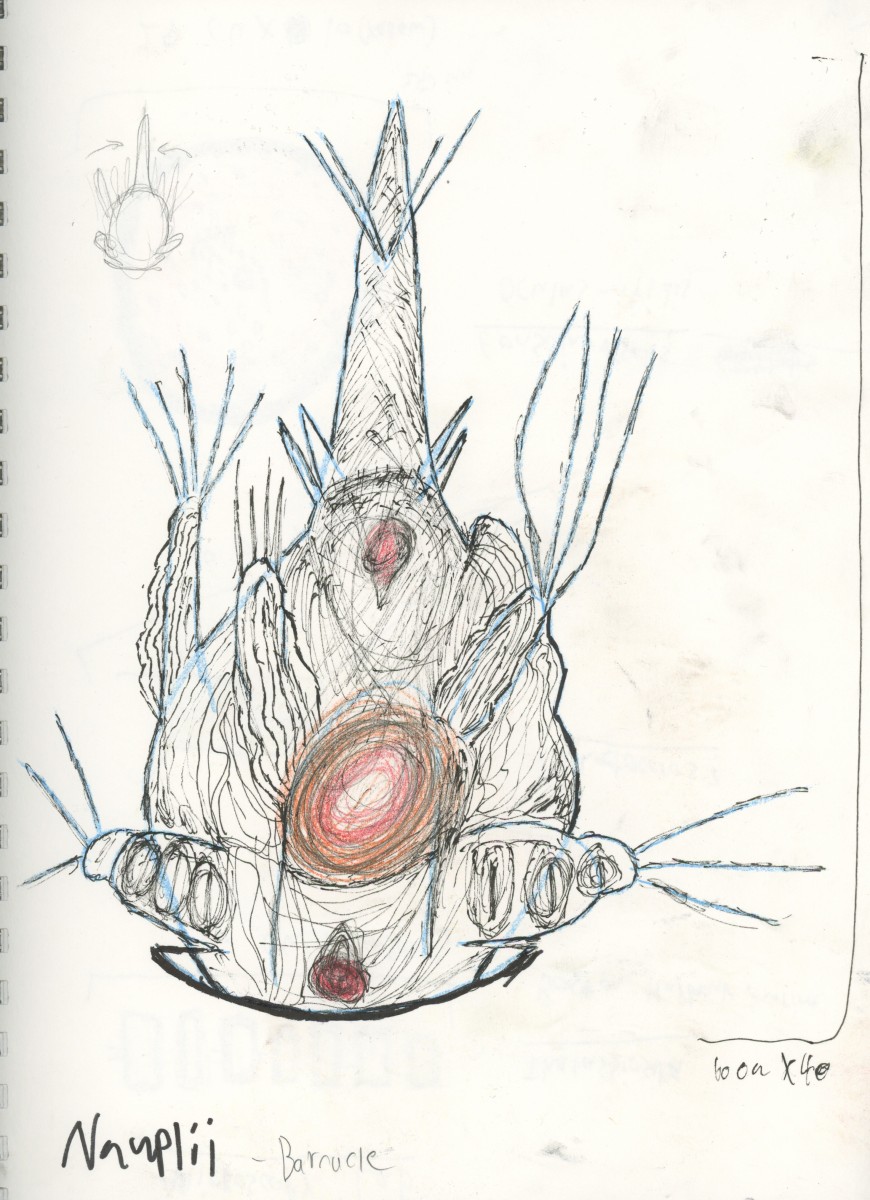 Barnacle larvae, as with the myriad of other crustacean larva are often referred to as Nauplii. Found in the water column, they are translucent, usually with six visible appendages, and a few reddish-orange spots. Nauplii rarely look like its adult form and as such are hard to identify at early stages of growth. These creatures are able to propel themselves rapidly by pushing their appendages together. Generally Planktonic in size these organisms vary by species. 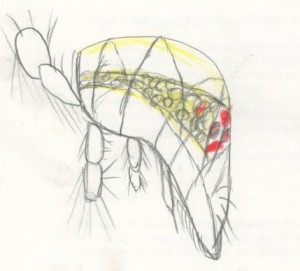 Because they are immobile in their final stage of life, searching for a mate becomes problematic, as such some barnacles have evolved to be hermaphrodites and exploit a mode of reproduction called parthenogenesis. After the fertilization be it self induced or from surrounding barnacles, the eggs hatch into a pre-larva or pre-zoea form. Through a series of molts, the organism then passes through various zoea stages, followed by a megalopa or post-larva stage. After a 6-month period of many molting’s a metamorphosis takes place and the nauplia becomes a cypris. 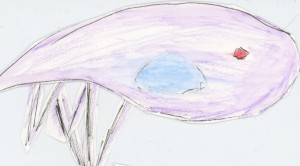 In this form the organism doesn’t eat, but has a readily available reserve of fat to burn as it searches for a stable home to anchor onto for its final stage of life. The cypris has specially developed antennae to read specific chemical and physical features of it’s intended anchoring point, which can be any number of surfaces ranging from rock to living creatures such as whales, crabs, and sea turtles. Once settled on a location the cypris will use its antennae to anchor to the surface and begin its transformation into the adult barnacle. Amazingly it only takes around 12 hours for the full barnacle shell to form around the newly anchored organism. 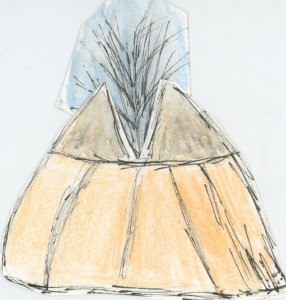 Barnacles often form symbiotic commensal relationships with whales. Barnacles are filter feeders and are a vital role in sustaining the carbon cycle.  Barnacles also are a main contributor towards marine fouling. Marine fouling is when organisms attach themselves to man made structures like boats, and create more drag causing more fuel to be needed to propel the boat. Barnacle growth can become a major problem for seaports, boats and water treatment facilities. 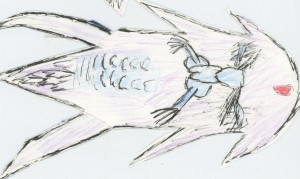 The Barnacle can be a symbol for strength in unity. A single barnacle on the bottom of a ship will go unnoticed, many more and maybe a little drag is felt. When The entire hull is covered in barnacles the collective group creates enough drag to strain an engine to pieces. Only a mass effort by all of us is able to create enough resistance to garner attention from those riding the boat. Also keel hauling, throwing someone over a boat and dragging them against the community of barnacles shows the power of strength in numbers.

Reshetiloff, K. (2008). There are Many Good Reasons for Barnacles to Stick Around. Retrieved 2015, from http://www.bayjournal.com/article/there_are_many_good_reasons_for_barnacles_to_stick_around 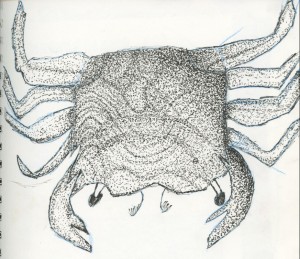