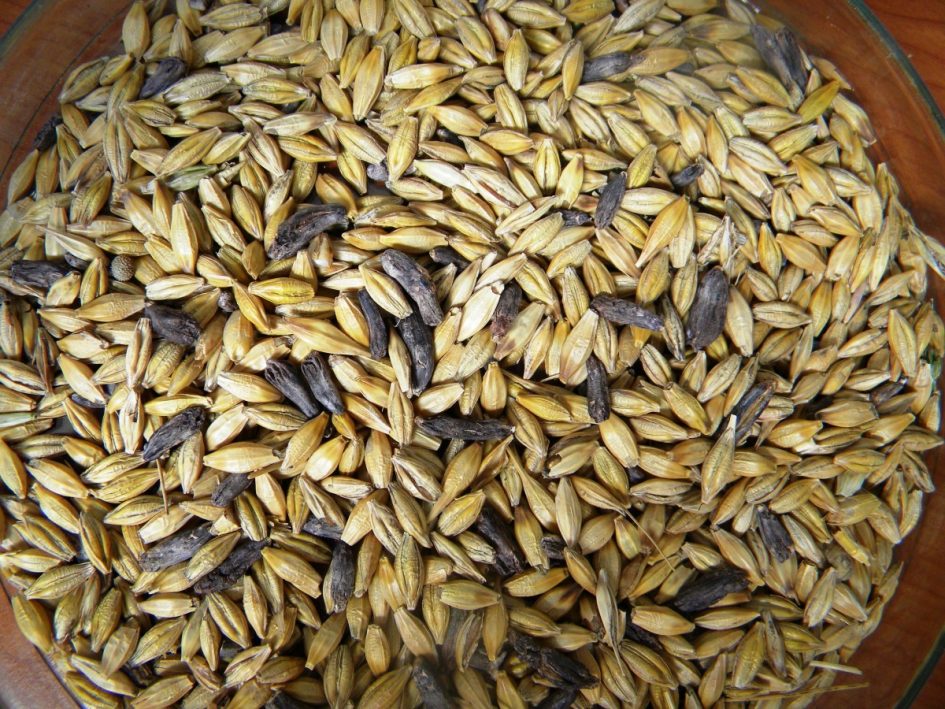 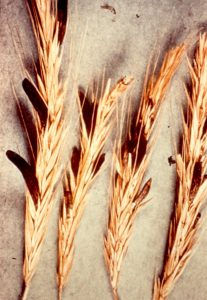 Ergot alkaloids are responsible for many deaths, including 40,000 recorded deaths in France back in 943, but these alkaloids have been utilized for medicinal purposes. Claviceps purpurea, better known as ergot, is a parasitic fungus that attacks the ovary of cereal grasses (see Figure 1), there is much more to the ergot life cycle demonstrated by Schumann. Ergotism, or ergot poisoning, was a more common in the middle ages. Symptoms included severe hallucination along with gangrene of the hands, feet and limbs, it was also known as “St. Anthony’s Fire” (Figure 2) due to the intense burning sensation that accompanies these side effects (Schumann 2005).

The Witches of Salem

Community-wide hysteria is what lead to the Salem witch trials in 1692. The autumn of 1691 was a bad year for crops. A wet and warm planting season followed by a hot, stormy summer caused failed crops. This forced Puritans to turn to rye grain for their bread. After the poor harvest, reverend Samuel’s 11 year old niece and four other young girls were spending time with his servants. The servants told stories of witchcraft and voodoo, soon the girls were talking magic (Woolf 2000). “Witchcraft of Mycotoxin?” does an excellent job portraying the story of Samuel Pariss and others who suffered ergotism.

Talking magic refers to the horrid symptoms of ‘bewitching’. The long list of symptoms include writhing in pain; uncontrollable convulsive twitching; sensation of pinching or burning of the skin; odd contortions; attempting to fly; paralysis; anorexia; physical assault or verbal insults (Woolf 2000). Bewitching symptoms are oddly similar to that of ergotism, leading us to believe this sickness was due to consumption of contaminated rye after an unfortunate harvest. 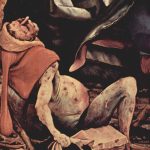 Over 100 years before the Salem witch trials, ergot was used to induce labor. This practice was first recorded in 1532. Despite the many deaths due to side effects such as uterine rupture, this practice was continued up until 1828. It was later used as a measure to prevent postpartum hemorrhaging (Dongen and Groot 1995). In the 1930’s, Stoll and Hofmann attempted to isolate these toxic alkaloids in hopes of finding a cure for psychosis. Instead, they created a drug that made these symptoms worse in patients already suffering and caused those who were considered healthy, to essentially go mad (Lee 2010). Dive deeper into the history of LSD by MR Lee.

Ergot alkaloids are still a valuable resource for modern medicine. The broad spectrum of pharmacological activities includes modulation of blood pressure, migraine prevention, and helps provoke dopamine activity. This modern drug is even used for inducing contractions, preventing postpartum hemorrhaging and is a antipsychosis drug (Demain 2009). 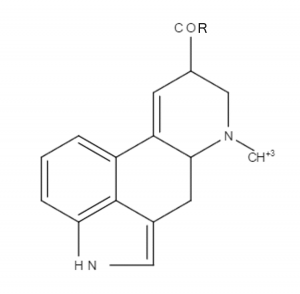 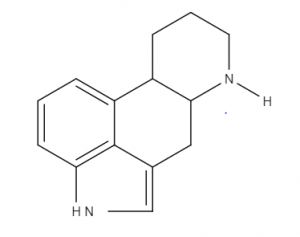 Successful understanding of the toxic and pharmacological effects of ergot alkaloids are due to the structures of the ring system and neurotransmitters. When comparing these structures, you can see there are multiple ways for the ring system of ergoline (figure 3) derivatives to attach to noradrenaline, dopamine, and serotonin. More specifically, D-lysergic acid (figure 4), a derivative of ergoline, has a homologous ring system when compared to neurotransmitters like noradrenaline, dopamine, and serotonin. The number of homologies present in these structures explains the slew of actions in this compound, for anyone who is interested in learning more about these homologies should read about the biotechnologies and genetics of ergot alkaloids (Tudzynski. et al, 2001).

P. Tudzyniski, T. Correia, and U. Keller. 2001. Biotechnology and Genetics of Ergot Alkaloids.