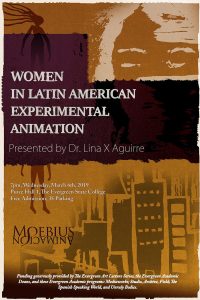 Experimental animation reinterprets, reorganizes and challenges the material, technical, narrative and affective conventions of animation established by mainstream studios. While the participation of women in this field has become more and more visible, their work has not been sufficiently exhibited or discussed, nor have their varied and singular perspectives. To recognize the important contributions that women have made to the field of Experimental Animation in Latin America as directors, animators, artists, art directors, and sound engineers, Moebius Animación has curated Women in Latin American Experimental Animation, an exhibition of short films by Latin American women and women of Latin American descent. Join us for this screening of films, presented by co-curator Lina X. Aguirre.

LIna X. Aguirre is a member of Moebius animación, a curatorial and critical project dedicated to Latin American experimental animation. Moebius has curated a selection of 16 short films from Argentina, Brazil, Colombia, Chile, Mexico, and Puerto Rico, produced between 2007 and 2014 by independent filmmakers and artists. This compilation is the result of their effort to map out the artistic field of experimental animation and its intense dynamic during the last decade. They have defined trends in the technical, narrative, material, and sensorial/affective dimensions of the works. Screening (85 min.) 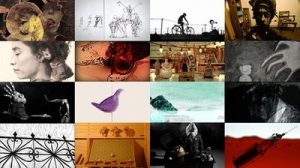