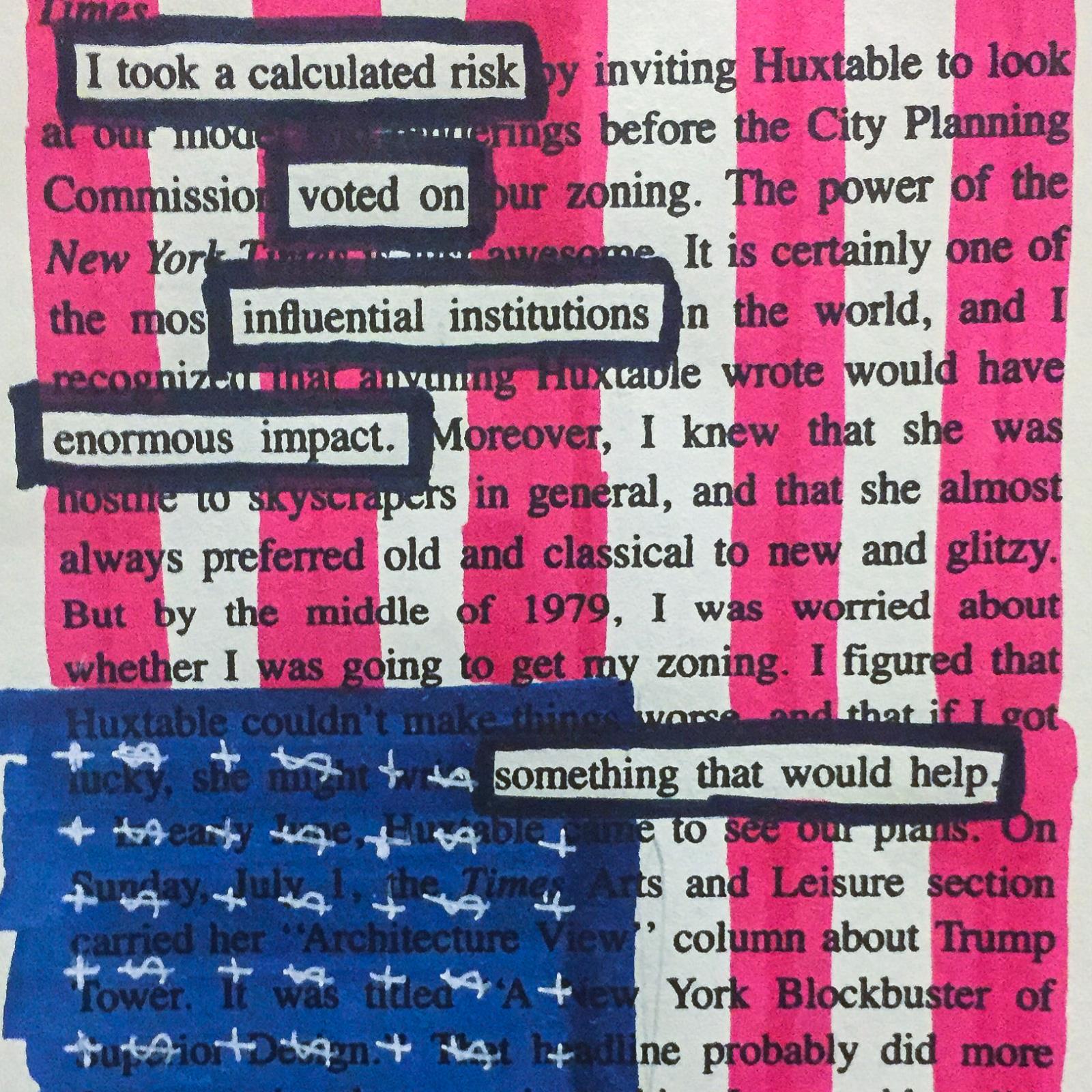 Now Showing in the Library These erasure poems and collaged texts were created by students in a Spring 2017 program entitled “Writing and Resistance,” led by Amanda Davidson and Justin Hocking. Students sourced the original text from Donald J. Trump’s national bestseller The Art of the Deal. The anti-fascist symbol of three left downwards-facing red arrows originated in Nazi Germany. The resistance movement chose the arrows because they covered swastikas easily and quickly. After WWII the arrows were adopted internationally by most of those claiming to be organized against fascism. END_OF_DOCUMENT_TOKEN_TO_BE_REPLACED